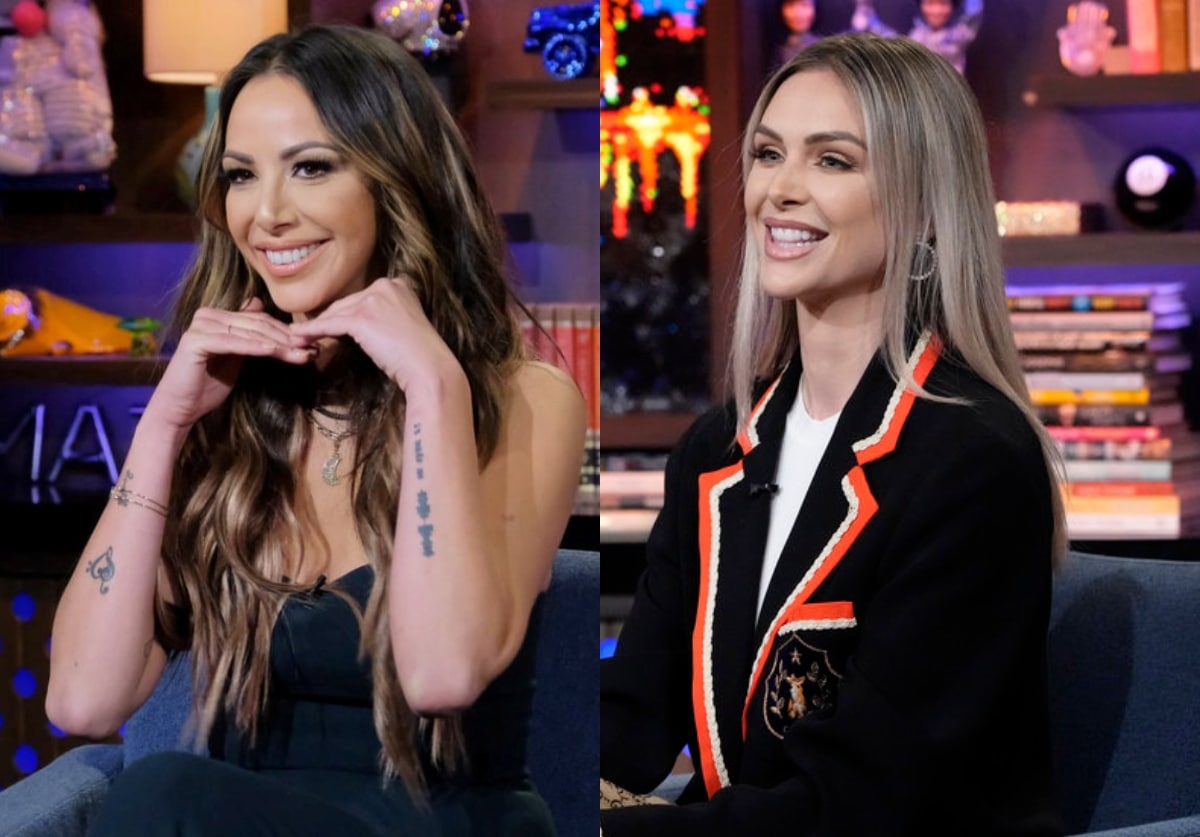 Lala Kent hurt Kristen Doute‘s feelings when she named her as the Vanderpump Rules pal she would “trust the least” to watch her daughter, Ocean Kent Emmett, for a weekend while appearing on an episode of Watch What Happens Live in April.

During a recent episode of her podcast, Give Them Lala, Lala revealed her comment hurt Kristen’s feelings, noting that her former castmate approached her about the issue as they attended the first birthday party of Jax Taylor and Brittany Cartwright’s son, Cruz Michael Cauchi, last month.

According to Lala, she named Kristen in a joking manner.

“Watch What Happens Live is so light and funny… If it was Oprah asking me that question, I would say I would trust any of the people to watch my baby, I trust all of them, and they love her, but it was just like kind of a joke, and she really took it to heart. And like it hurt my heart.”

When Kristen first approached Lala about her feelings, she noted that she felt they were “so stupid.”

“I was like, ‘It’s not stupid. I look at you like you’re so tough and unaffected, and I meant that to be lighthearted, but it didn’t hit that way, it came off as mean, and that was not my intention,'” Lala recalled.

Then, after asking the Pump Rules alum what she could do to mend the tension between them, Kristen told her, “Honestly, just you acknowledging my feelings.”

Lala went on to reveal that Kristen is “so sweet” with Ocean, who she shares with ex-fiancé Randall Emmett.

“Whenever she sees Ocean, she’s like doting on her,” Lala revealed.

In April 2021, one month after Ocean was born, Kristen took to her Instagram page to gush over the little girl.

“Ocean Kent.. you tiny gorgeous angel. You’re your momma’s mini me & will no doubt be as smart, sassy and successful as she is. I love you so much already!” she wrote, along with a series of images of herself holding the child.