Pump Rules’ Lala Kent Compares Randall and James in the Bedroom, Talks Athlete Who Slid Into Her DMs and Shades Tom Schwartz 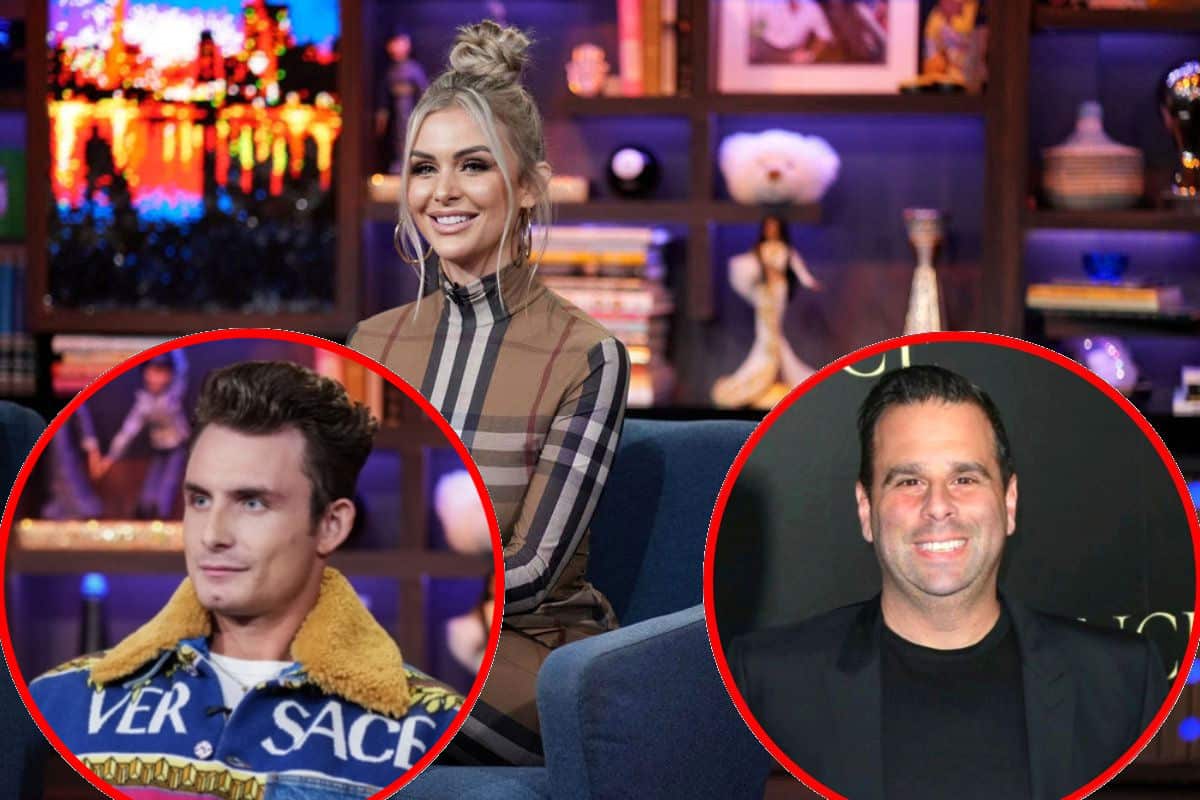 In addition to comparing Randall’s bedroom skills to that of James Kennedy, the Vanderpump Rules cast member confirmed a Utah Jazz player slid into her DMs, revealed which co-star she wouldn’t trust to watch daughter Ocean for a weekend, and admitted she’s hoping to move to “zero contact” with Randall as they continue to raise their child separately.

While playing a game of “Fast and the Curious” on the April 11 episode of WWHL, Lala rated Randall a “zero” on a scale of 0 to 10 before answering a question about whether he or James was better in bed.

Lala also commented on the bedroom skills of the Toms, saying that Tom Sandoval was likely a step above Tom Schwartz.

Lala may not be dating publicly at the moment, but she has put herself back out there and told host Andy Cohen that she was surprised to receive a DM from a “Utah Jazz player” in regard to a potential hookup.

As for who she would trust least to watch Ocean for the weekend, Lala said, “Probably Kristen Doute.”

In the months since her relationship with Randall came to an end, Lala has accused him of cheating on a number of occasions. And in a teasing statement to Andy, she suggested there’s more to come.

“There will be a day that we all… The truth will come to the light,” she shared.

When Andy then asked Lala about her fake engagement ring, she admitted she “laughed” when she learned her supposed $150,000 diamond ring was actually a dyed ring worth much less.

“I started laughing. I was like, ‘Of course. He can’t take a breath without telling a lie. Why would my ring really be this amazing ring?’” she explained. “And he didn’t ask me about it [after I left]. I was like, ‘Something’s going on with this.’ I was like, ‘If someone’s not asking for a ring that’s $150,000, something’s wrong.’ [It was insured] by him.”

Also on WWHL, Lala was asked if she still only communicates with Randall about their daughter.

“We parallel parent and I’m trying to move to zero contact. We’ll see how that goes,” she replied.

Because Lala has no personal communication with Randall, she said she “wouldn’t know” how he felt about her decision to change her “Rand” tattoo to read, “bRand New,” and she noted that when it comes to Scheana potentially feeling vindicated by their split, due to the many things Lala said about her fiancé, Brock Davies, amid season nine, she doesn’t “think Scheana’s mind works that way.”

“I think she has a great heart, so if she is feeling that way, I don’t know about it,” Lala explained, adding that her castmates are in the “middle of planning” their wedding.

While Lala shared contradictory statements regarding her dating life, first saying that she’s single and “ready to mingle” and later saying she’s “not there yet,” she said that when she does find a potential mate, she’ll be making use of her private investigator, saying, “I keep him busy.”

Moving on to Katie Maloney‘s split from Tom Schwartz, Lala hinted at what tore them apart.

“I think when someone continues to not pick you, and it’s an easy pick, you’re the wife, then it’s like, we’re [good on it],” she stated. “I thought that Schwartz would come to the table a little bit and he still didn’t… [It was] very telling.”

Although Lala seemed to suggest that Tom was in the wrong, she noted that she and her castmates didn’t pick sides. That said, she also noted that if she were to take a side, she wouldn’t hesitate to deem herself as Team Katie.

“It wasn’t messy but obviously, if we had to choose sides, then I would always pick Katie,” she confirmed.

Bravo has yet to renew Vanderpump Rules for season 10.