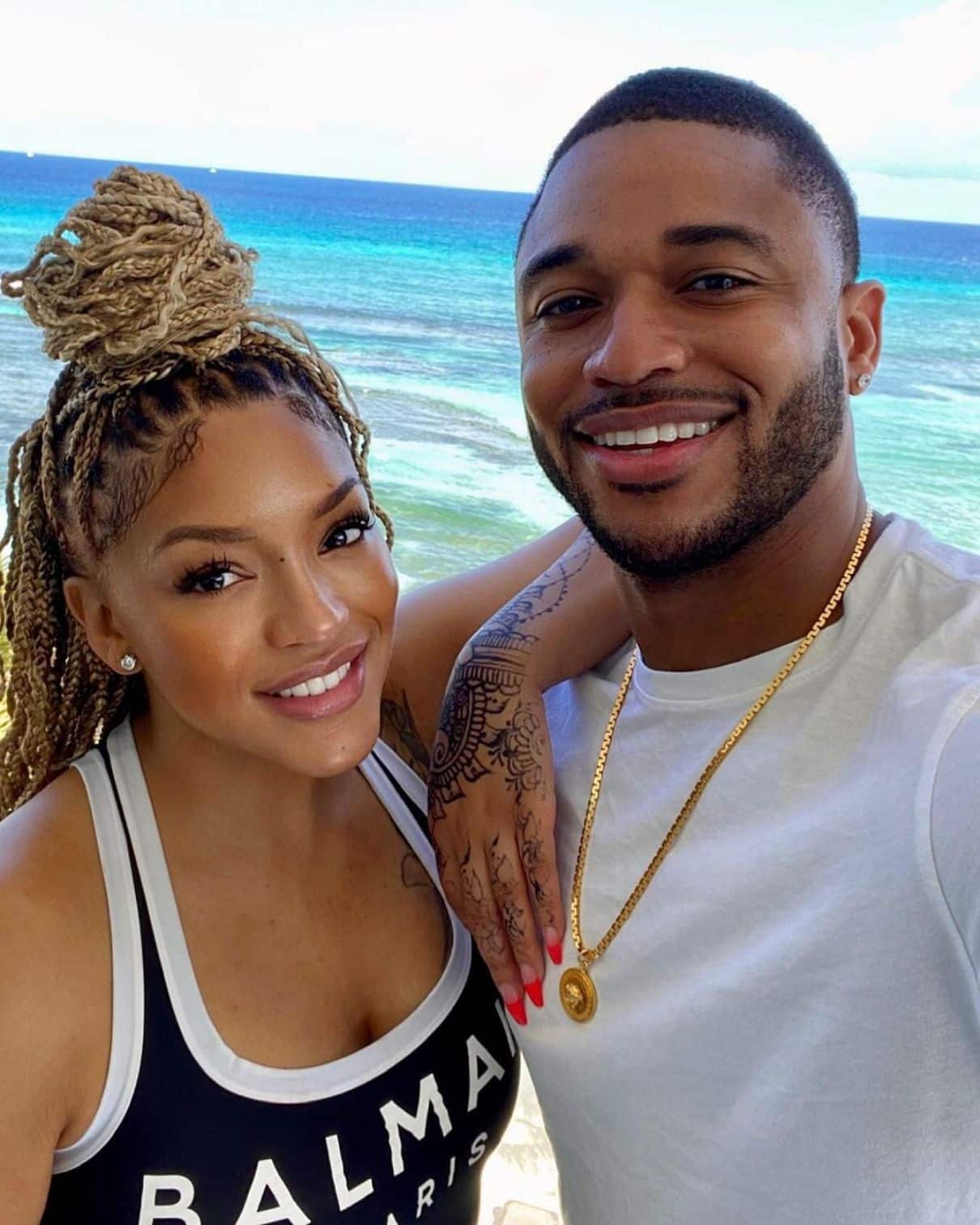 Season 14 of The Real Housewives of Atlanta premiered on Sunday, May 1, on Bravo, and it did not disappoint. One of the highlights of the episode was the current state of the marital situation between star Drew Sidora and her husband, Ralph Pittman, Jr.

The couple has seen their fair share of obstacles, including last season’s situation where Ralph disappeared and dropped off the face of the earth for several days without letting Drew know where he was or who he was with, leading to some serious trust issues.

Now, Drew is revealing where she stands today with Ralph. One source of recent contention involved Ralph’s former female assistant allegedly offering her husband a massage, though Ralph claims the assistant was offering to schedule him a massage.

Speaking with Us Weekly, Drew said that all marriages have their ups and downs, but that the two have remained “committed” to staying together, though she did admit to having considered the option of divorce.

“It always feels like we’re almost about to get divorced,” she told the outlet. “[But] we’re not gonna give up. We need to come back home, regroup and figure out what we’re gonna do moving forward. That’s the journey we’re on every day honestly.”

“We’ve made a decision to stay committed. We’re not willing to give up that easy, and we’re pushing through, and it’s not always nice. It’s not always easy and you guys just kind of have a front row to that,” Drew said.

She also said the two have gone to counseling in the past and are still going through marriage counseling.

“We’ve gone through counseling, and we’re still in counseling so that’s nothing new, but as we grow each year, we learn things about each other. And what you guys are seeing is really just our marriage,” the RHOA star continued.

Drew also expressed how much she appreciated her RHOA co-stars’ support and “validation” while dealing with Ralph’s allegedly inappropriate female assistant’s behavior.

“We were going through a situation with an assistant, and it was good for me to be able to share with my cast. I feel like when you’re going through it by yourself, you’re like, ‘OK, is it just me? Am I crazy? Maybe I’m wrong. Maybe I’m tripping,’” Drew said.

Ralph eventually fired the assistant, and Drew is sticking by her husband and is willing to put in the work in order for her marriage to succeed.

“When we go to a deeper level to understand certain things, we just try to work through it. We’re not willing just to throw in our marriage when we’ve got three beautiful children, but every day is not perfect. Marriage is a roller coaster and I think I’m just willing to show that,” she concluded.

Drew also admitted that after last season’s “hurtful” body-shaming comments by Kenya Moore, she had a little work done and couldn’t be happier.

“I did everything. I did a whole mommy makeover. It was like the [whole] package,” Drew told Us. “Like, boobs back in place — you know, make them a little smaller cause I was having neck issues — and then I had a hernia, and so they did a hernia repair and a tummy tuck. That was it. I was good. I’m happy.”