RHOA: Drew Sidora Says She May Need a Hysterectomy Amid Health Condition After Kenya Moore Shades Her Body 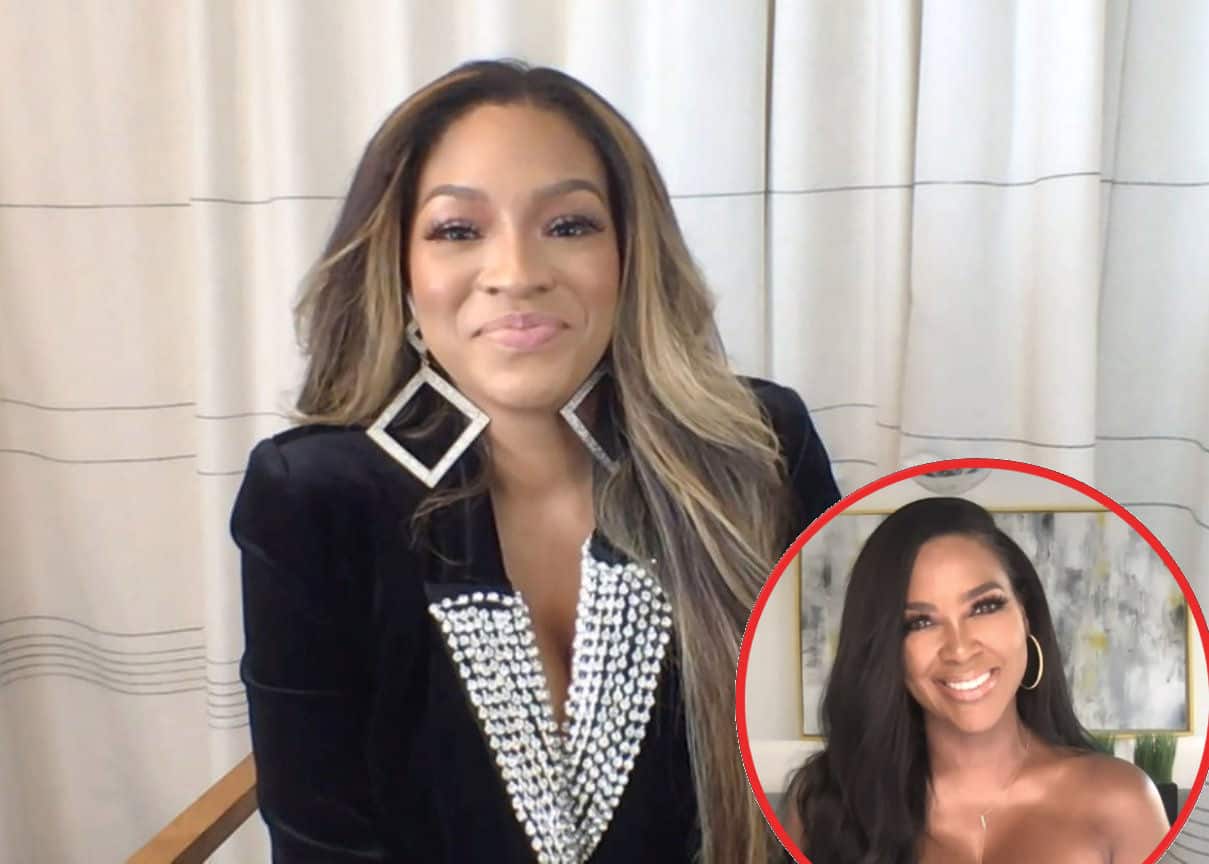 Drew Sidora admits she was hurt by Kenya Moore‘s body diss and reveals she has a health condition.

Kenya recently dissed Drew’s appearance on Twitter as the March 28 episode of The Real Housewives of Atlanta was airing. The former Miss USA shaded Drew’s middle section, tweeting, “She needs to pay for a tummy tuck,” along with a picture of the actress in a tight dress.

Kenya was firing back at the comments Drew made on the show as she claimed the mother-of-one “paid” for her “booty.” The newbie made the comment because Kenya refused to participate in a “twerk” contest in order to pick the best hotel room.

However, the petty back-and-forth shade has now resulted in Drew coming forward to defend her shape by revealing she has adenomyosis. This is a uterine condition that occurs when the tissue that lines the uterus grows into its walls, which can cause “sharp, knifelike pain” and ultimately affect a woman’s appearance. Drew revealed that she’ll probably end up having a hysterectomy.

“What I’m dealing with as a woman, as a mother… this is serious for me,” she explained to Page Six.

In addition to her health condition, the actress also said she “was in the house gaining a nice amount of quarantine weight.” On top of that, Drew also underwent three Achilles tendon surgeries in the last year, which forced her to stay off her feet for extended periods of time.

Though the mother-of-three would likely appreciate an apology from her co-star, she admitted that she doesn’t wish to take back the comments she made on camera about Kenya.

“It’s one thing to talk about what we go through as woman versus someone who’s unnatural and gets butt shots,” Drew stated.

Kenya has repeatedly denied having any work done on her derriere, but her castmates continue to claim otherwise as Porsha Williams has also accused the star of having a “fake” butt. Furthermore, Porsha recently blasted Kenya’s appearance and called her body “lumpy.” As a result, Kenya defended herself and said “it’s too easy” to go after someone’s looks, but clearly she isn’t taking her own advice.

“About the comment she made, that’s too easy for someone to go in about someone’s looks and all that,” Kenya told The Jasmine BRAND on Instagram Live. “I think all the women on the show are beautiful and we all have our own, unique beauty. We all have flaws, and whatever they are, you just have to own it. I’m not perfect and the last time I checked, I’m the only one that’s an actual beauty queen.”