Home Real Housewives of New Jersey News RHONJ’s Frank Catania Thinks Dolores’ Boyfriend Paul Has “Issue” With Him as Dolores Claims They “Get Along Great,” Plus Frank Moves Back in With Dr. David Principe

RHONJ’s Frank Catania Thinks Dolores’ Boyfriend Paul Has “Issue” With Him as Dolores Claims They “Get Along Great,” Plus Frank Moves Back in With Dr. David Principe 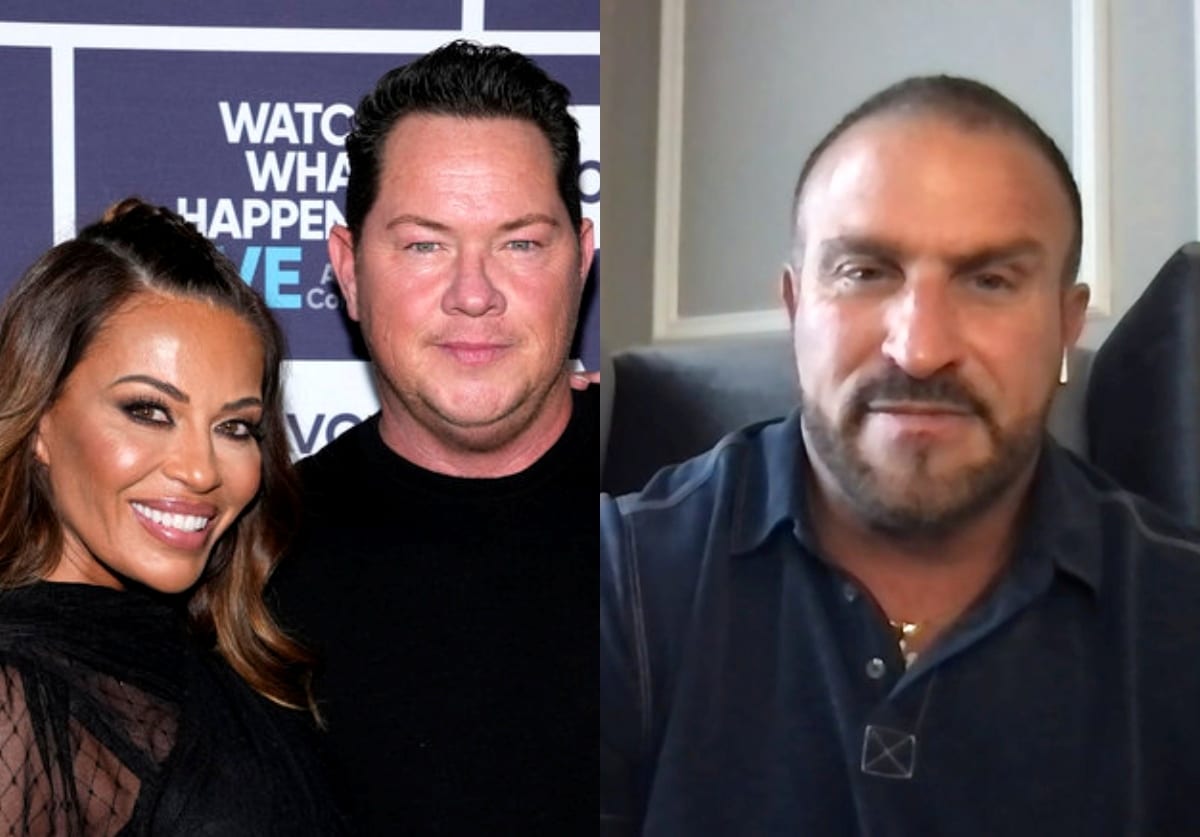 Frank Catania and Dolores Catania appear to be on very different pages when it comes to her new boyfriend, Paul Connell.

While Frank, who is currently living with Dolores’ ex-boyfriend, Dr. David Principe, seems to think Paul has some sort of issue with him and claims Dolores has been keeping them separated, the Real Housewives of New Jersey cast member insists that while the guys aren’t exactly close, they have met one another and “get along great.”

“His name’s Paul Connell. He’s amazing. I admire him so much. He’s an awesome guy. He’s from Dublin, Ireland, so he’s not a Jersey guy,” Dolores gushed on the May 3 episode of the RHONJ: After Show.

And she’s not the only one who is thrilled with her new man.

“I’ve met him. I’ve had dinner with him. He’s been to my house. I adore him. He’s fabulous,” Margaret Josephs shared as her husband, Joe Benigno, described Paul as a “really, really nice guy” who is “smart, rich, [and] good looking.”

But as the conversation continued, Joe B. admitted that Paul seemed “puzzled” by Dolores’ relationship with Frank (as we all have been at times) and Joe Gorga claimed to have “sensed a little jealousy.”

While Frank and Dolores’ relationship is certainly unique, Frank claims he’s tried to get to know her new man.

“I’ve met him once. He was nice. [But] quite honestly, Dolores seems to be keeping him away from me. I seem to be hitting some walls. Because I think he has a little bit of an issue with me,” Frank admitted.

Meanwhile, Dolores said that when it comes to Frank and Paul, “They get along great.”

“They haven’t seen each other a lot. This is still new. But Paul is a very confident, strong guy. That’s what it takes to handle this so I’m good,” she stated. “They get along. They’ve met. I have no worries here.”

During another portion of the RHONJ: After Show, Dolores and Frank discussed their living arrangements, with Dolores sharing that she was living in a townhouse by herself and Frank revealing that things “[change] on a monthly basis” before noting that he’s planning to build his own home.

“I really do want to be settled. Right now, everything’s in limbo. Dolores is back at the house, the kids are at the house and mainly, I’m at David’s,” he explained. “I guess you could say [we’re roommates]… I don’t know if you’d call it [a] bachelor pad but it’s an interesting concept.”

According to Dolores, she believes Frank moved into David’s “for peace and quiet” or perhaps for dating freedom. But according to Frank, David is quite close with not only him but his kids.

“David is one of my best friends, whether Dolores is with him or not with him,” he confirmed. “We still socialize a lot. It’s a unique situation. It’s evolving… My kids stop over to see David periodically, stay in touch with him all the time. Gabby went shooting with him.”

“David is still very, very close with us,” Frank added. “So, hopefully Dolores’ new boyfriend doesn’t have an issue with that. I’m not sure [if he will]. I would love to sit down and talk to him about it but he never seems to want to talk to me.”

The Real Housewives of New Jersey season 12 reunion, part two, airs next Tuesday, May 10, at 8/7c on Bravo.