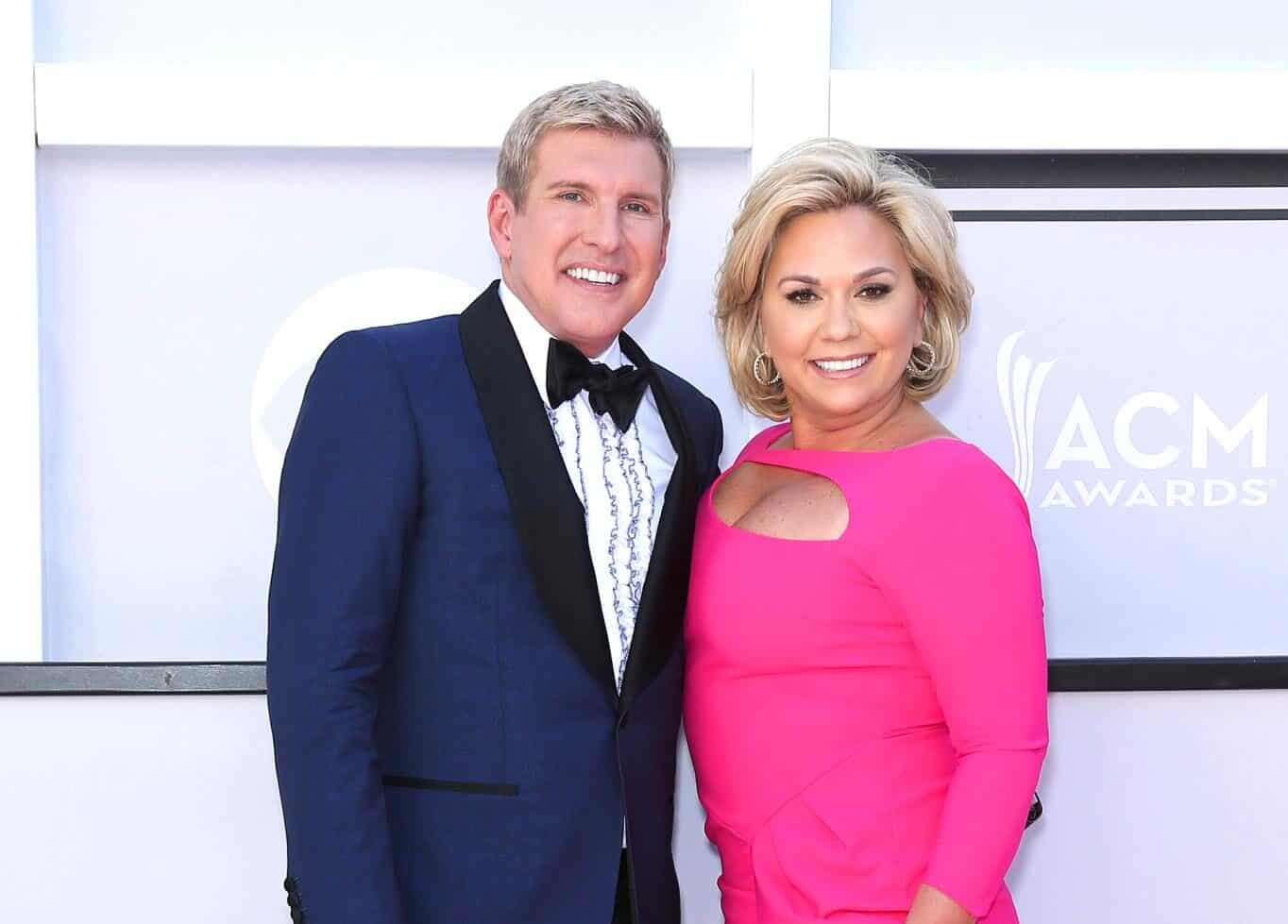 Todd Chrisley and his wife, Julie Chrisley, are headed to trial to face charges of bank fraud and tax evasion.

Nearly three years after the couple was indicted for allegedly using fake documents to apply for bank loans, and Julie was accused of submitting a fraudulent credit report and bank statements to rent a California home, their federal trial is set to begin on Monday in Atlanta.

Page Six shared the news with readers on May 14, revealing that Todd and Julie were also hit with a second indictment in February. And in the indictments, it was noted that they had supposedly quit paying rent on their California property just a few months after moving in, and they also reportedly used a production company to hide money from the IRS.

In addition, Julie is facing one count each of wire fraud and obstruction of justice.

Peter Tarantino, Todd and Julie’s accountant, was charged with one count of conspiracy to defraud the United States and two counts of willfully filing false tax returns, as per the indictment, and he will appear in court with them.

All three parties have pleaded not guilty.

At the start of Todd and Julie’s federal trial on Monday, jurors were being selected. Then, on Tuesday, it is expected that each side will present their opening statements.

Prior to Todd and Julie’s initial indictment in August 2019, Todd took to his Instagram page with a statement of innocence, claiming a disgruntled ex-employee, who had supposedly been caught stealing, had brought false documents to the U.S. attorney’s office and accused him and Julie of financial crimes.

“As a result, it looks like later this week Julie and I are going to be named in a federal indictment charging us with tax evasion and probably a bunch of other financial crimes as well,” Todd wrote at the time.

“I’m telling you all this now because we have nothing to hide and have done nothing to be ashamed of. Not only do we know we’ve done nothing wrong, but we’ve got a ton of hard evidence and a bunch of corroborating witnesses that proves it,” he continued.

Two months after the indictment, it was noted that Todd and Julie had reached a settlement with the Georgia Department of Revenue after being accused of evading nearly $2 million in state taxes from 2008 to 2016.

“Todd and Julie were found to have incorrectly filed for just one year in that time span, 2009, and in the end they agreed to pay $77,000 in overdue taxes,” a report from TMZ explained.

Todd and Julie are facing up to a reported 30 years in prison for the named crimes.