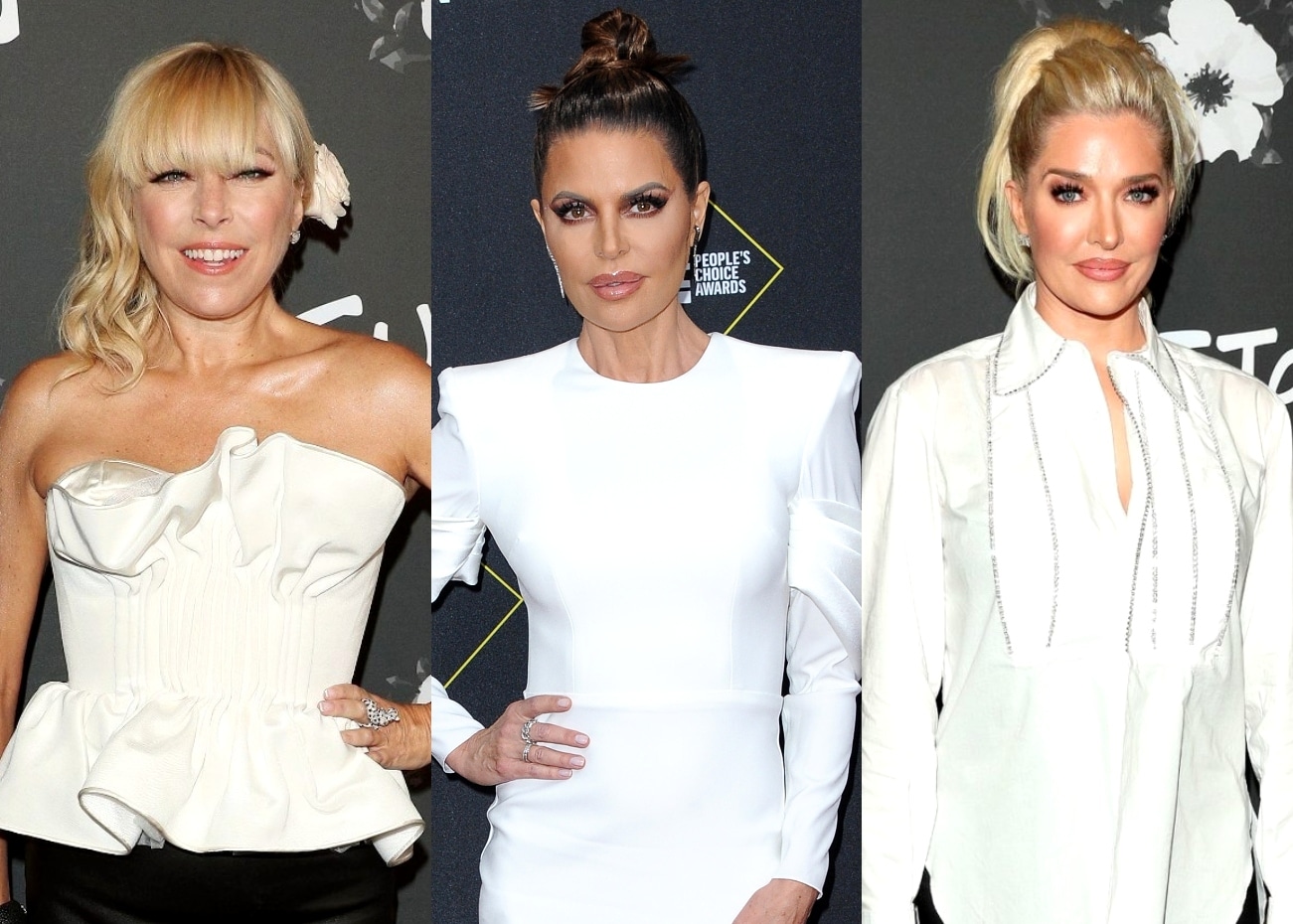 Sutton Stracke is telling all about what she claims is “one of the most exciting seasons” of The Real Housewives of Beverly Hills.

During a new interview, Sutton addressed a number of hot topics, including her rebooted Elton John gala feud with Lisa Rinna, her current relationship with Erika Jayne, and the cryptic warning Garcelle Beauvais issued about trusting her new friend, Crystal Kung-Minkoff.

“I think we do a lot. We travel a lot. We go from Mexico and then kind of all the way to Aspen. There’s a lot of parties finally, we get to go to. We get to go to restaurants without masks on! We’re back out in the world,” Sutton revealed to Entertainment Tonight.

And along the way, Sutton said she learned a lot about the “complexity of [Lisa’s] character” and her “ability to stand up to her.”

As RHOBH fans may have seen, Lisa recently shared a series of photos of herself at the Elton John gala years before Sutton claimed to have brought her and Harry Hamlin as guests and explained that because Sutton was “desperately trying to get on RHOBH,” she invited her and Harry to sit with her during one particular gala, even though she said they weren’t attending as her guests.

“Confusion, in so many ways,” Sutton said after being asked about her castmate’s latest rant.

“I let Lisa get away with stuff because I’m nice,” Sutton continued, noting that the gala drama is “old news.”

As her relationship with Lisa remains strained, Sutton suggested there was hope for her and Erika.

“Erika and I are both strong women and strong in our opinions, and it’s the part of her that I like, and that’s the part that gets on my nerves… [But] I will say this: We’re both following each other on Instagram,” she confirmed.

Because the majority of the cast was part of the “Fox Force Five” when Garcelle and Sutton were added to the show for season 10, it seemed as if they formed a competing friend group with Crystal when she was added for season 11. However, according to Sutton, the closeness between her and her two co-stars was not intentional.

“It’s just hard to infiltrate — especially when it was just me and Garcelle — it was hard to get in,” she shared. “I think when you have a tight, group bond that those women have established over years, and then you have a group of women that are new, of course we’re going to bond together because it’s just a natural thing… I want to be friends with everybody. I want to be inclusive.”

While Sutton is close with both Garcelle and Crystal today, there seemed to be friction between Garcelle and Sutton’s “new friend” Crystal amid season 12 as Garcelle encouraged Sutton to be careful.

“I always listen to Garcelle,” she said of the comment. “She always has my best interests in mind.”

In addition to fans seeing Sutton be “more vocal” and unafraid to express her opinion, even admitting to being a “hothead,” Sutton said viewers will be reunited with Kathy Hilton, who gets “thrown right back into the arena” amid a drama-filled trip to Aspen.

“I think things get so bad there because you have to use that oxygen to breathe, so we’re all on oxygen, so our brains aren’t working normal,” Sutton joked of the not-so-relaxing getaway. “That’s what I think.”

Also during the interview, Sutton was asked about newbie Diana’s suggestion that she could be the show’s “new villain”

“That’s going to be a very interesting scene to watch,” Sutton teased.

As for her relationship with Diana Jenkins, Sutton made it clear they are not close.

“I’m not putting her in the best friend character, or category. However, Diana has surprised me privately, and I respect that. … She’s in the acquaintance category,” she explained.