RHOBH: Erika Jayne Questions Victims’ Claims of Not Being Paid After Garcelle Accuses Her of Failing to Show “Compassion,” Plus Dorit Talks Post-Robbery “Fears” 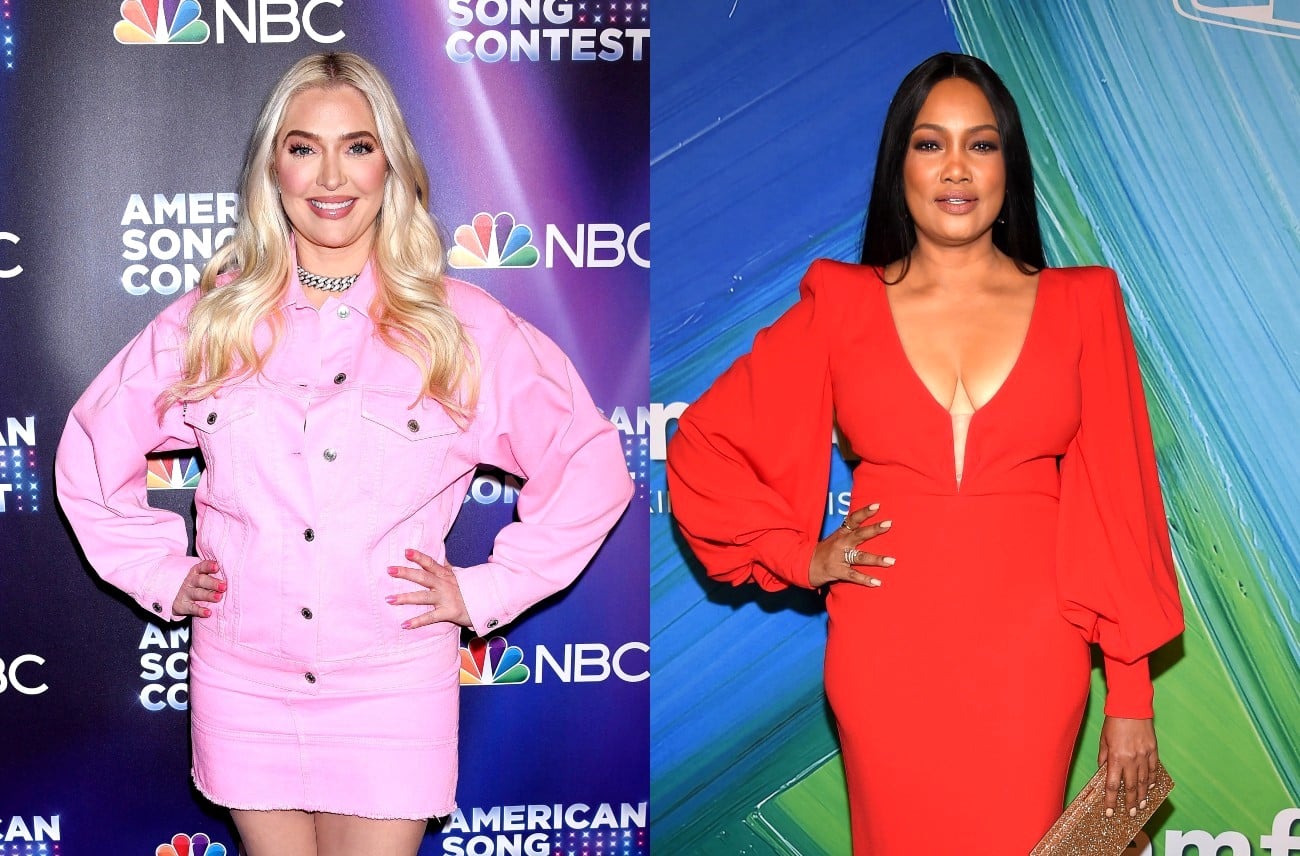 Erika Jayne raised questions about whether or not Thomas Girardi‘s alleged victims were actually stiffed their settlement funds amid the 12th season of The Real Housewives of Beverly Hills.

In a sneak peek at next week’s episode shared by the Bravo Insider, Erika was seen shocking her co-stars, including Kyle Richards and Dorit Kemsley, as she attempted to defend herself against Garcelle Beauvais, who accused her of failing to show compassion for the victims, during their cast trip to Palm Springs.

“What a year. My life was such in shambles,” Erika reflected after Kyle mentioned their season 11 trip to her vacation home. “I feel night and day. When I was here a year ago, it was so crushing and I’m so glad that we’ve moved past all our sh-t. I’d also like to thank you all for accepting me for the wild animal that I was. I was so backed into a f-cking corner every day.”

In a confessional, she continued, “When you go through something like this that really is all-encompassing, it’s every part of your life, it’s where you live, it’s your marriage, it’s your finances, trying to protect yourself and then you finally get over the bridge a little bit… You can at least catch your breath. I’m far from done but I can at least catch my breath.”

“Twelve months now I have been dragged through the mud for something that I didn’t do, never happened,” Erika added in the scene, prompting a response from Garcelle.

“I think one of the reasons though is that you didn’t show any compassion. You didn’t show like, ‘Oh my God, I hope this didn’t really happen,’” Garcelle explained.

“I know but you didn’t say that,” Garcelle fired back.

But according to Erika, she wasn’t able to say certain things about the ongoing cases against her and her now-estranged husband.

“When you’re in a legal situation like that, every word counts,” Erika went on before dropping a bomb.

“We’re not even sure that there were people that weren’t paid,” she declared.

And right away, unsurprisingly, Erika’s castmates had questions.

“You’re saying that we don’t know for a fact that these people weren’t paid, these victims?” asked Kyle.

“You mean that there’s a chance that they could be lying?” Dorit asked.

Also in the sneak peek, Dorit admitted to experiencing anxiety and fear after being robbed at gunpoint while home with her two kids.

“Every time I close my eyes, there’s a lot of things going on in my head, anxieties and fears. All I want is to be able to put it behind me where I can feel a little bit more like myself, pre-home invasion,” she explained in a confessional.

Then, during a discussion with her co-stars about her sleeping struggles, Lisa Rinna suggested Dorit speak to her mother, Lois Rinna, who was attacked by a man she worked with who went on to become a serial killer.

Sadly, Lois passed away at the age of 93 following a stroke in November 2021, shortly after the scene was filmed.