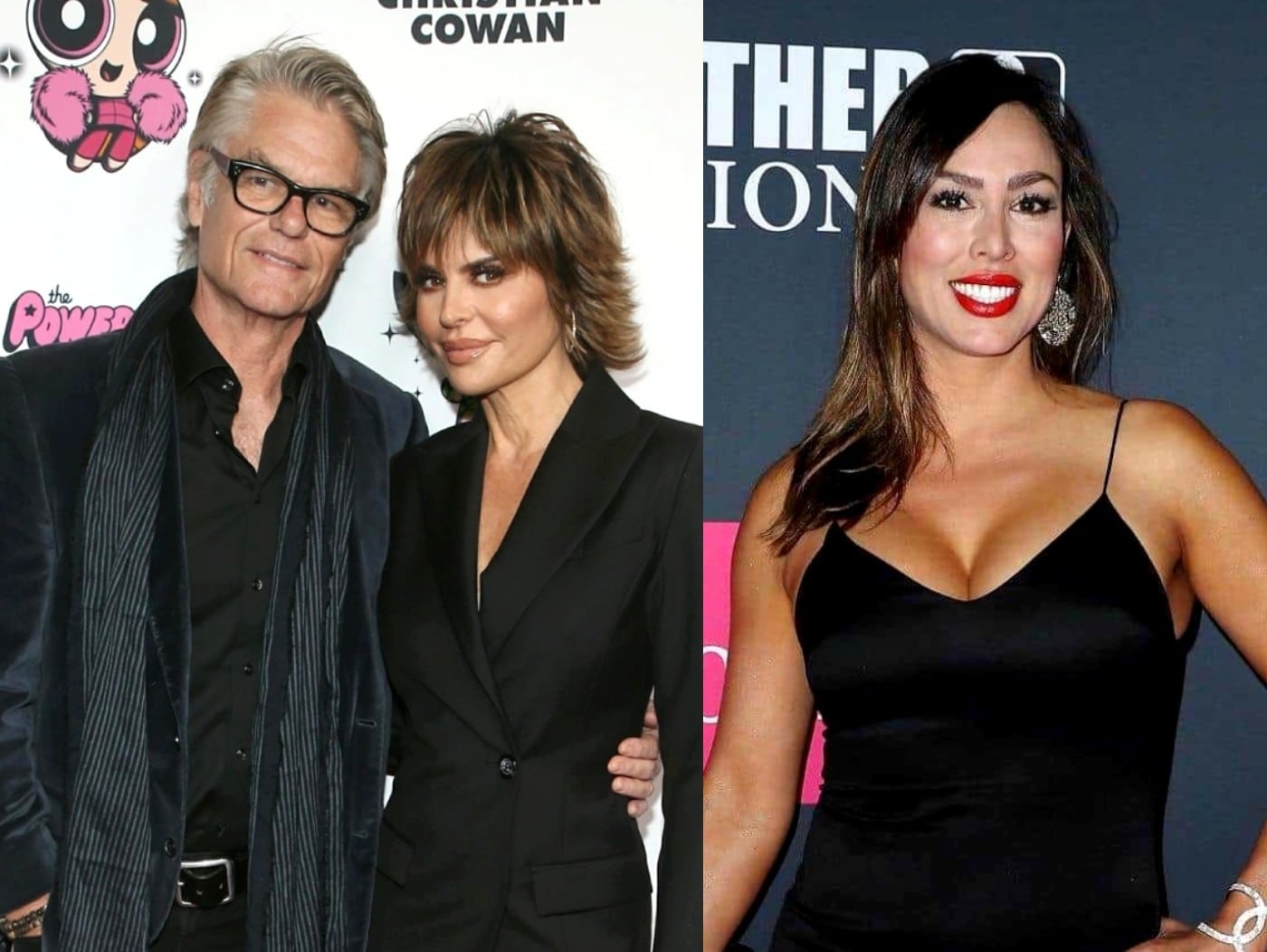 After reading that the Chrisley Knows Best star had been accused of being gay by a former business partner, the Real Housewives of Orange County alum suggested Harry Hamlin, the husband of Real Housewives of Beverly Hills star Lisa Rinna, would be next to get called out.

In a screenshot shared by All About the Real Housewives on Instagram, a headline read, “Todd Chrisley’s ex-business partner: We had a gay affair, and paid off a black mailer.” And in the comments section of the post, Kelly took aim at Lisa and Harry’s marriage by suggesting Harry was hiding his true sexuality.

“Harry Hamlin is next,” the former RHOC star wrote, along with a laughing-while-crying emoji. 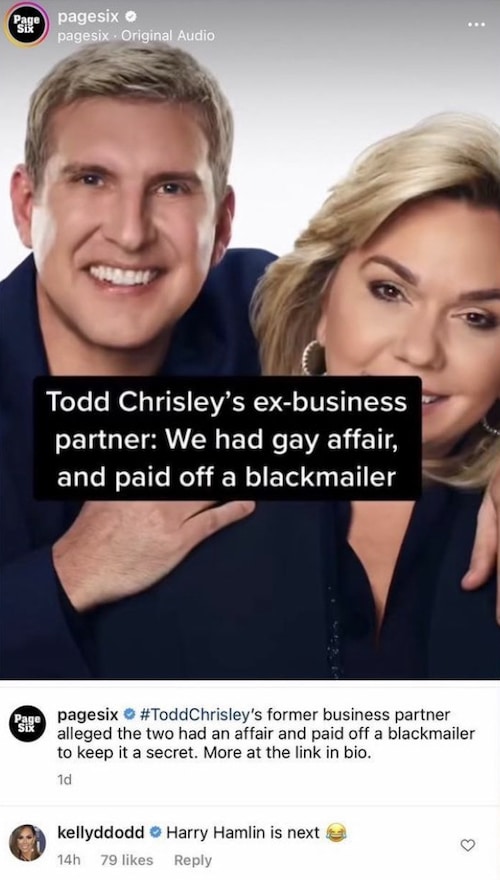 Then, hours later, in an Instagram post of her own, which the RHOBH star shared on her Story, Lisa clapped back at Kelly’s suggestion that she was Harry’s beard.

In Lisa’s post, she was seen in a scene from season five in which she sat at a dinner table in Amsterdam in front of Kim Richards, who suggested she was hiding a deep, dark secret at home.

“Good morning to Kelly Dodd and Kelly Dodd only,” Lisa wrote in the caption of her photo, also including a laughing-while-crying emoji and editing a beard onto her face. 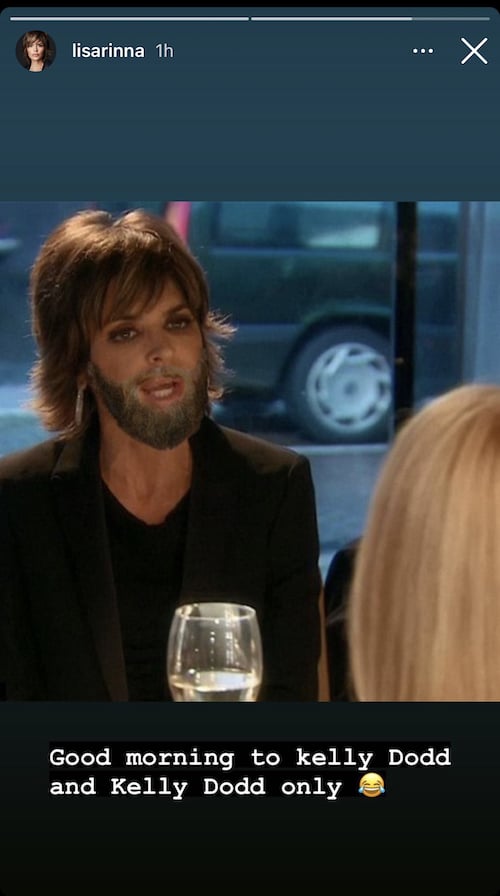 Although Kelly may believe that Harry isn’t being his true self, he gushed over their sex life ahead of their recent 25th anniversary while speaking to Interview magazine.

“Our 25th anniversary is coming up in March,” Harry told Andy Cohen, who was interviewing him for the publication.

“And the sex is still great?” Andy asked.

Continuing on, Harry said that he and Lisa were able to keep things spicy in the bedroom due to his “lack of ED [erectile dysfunction],” confirming that he doesn’t take a “special pill” and is simply “Harry Hamlin.”

Months prior, Lisa joked about the ongoing rumors suggesting Harry is gay after reading an online report that questioned why her spouse’s supposed cheating was never mentioned on RHOBH.

“He’s too busy living with his gay lover in the Valley while he’s cheating in Canada with Trish,” she wrote.