Tamra Judge Suggests Vicki Gunvalson Tried to Get Teddi Mellencamp Fired From Podcast and Called Their Boss as Teddi Accuses Her of “Low Blow,” Plus RHOBH Live Viewing 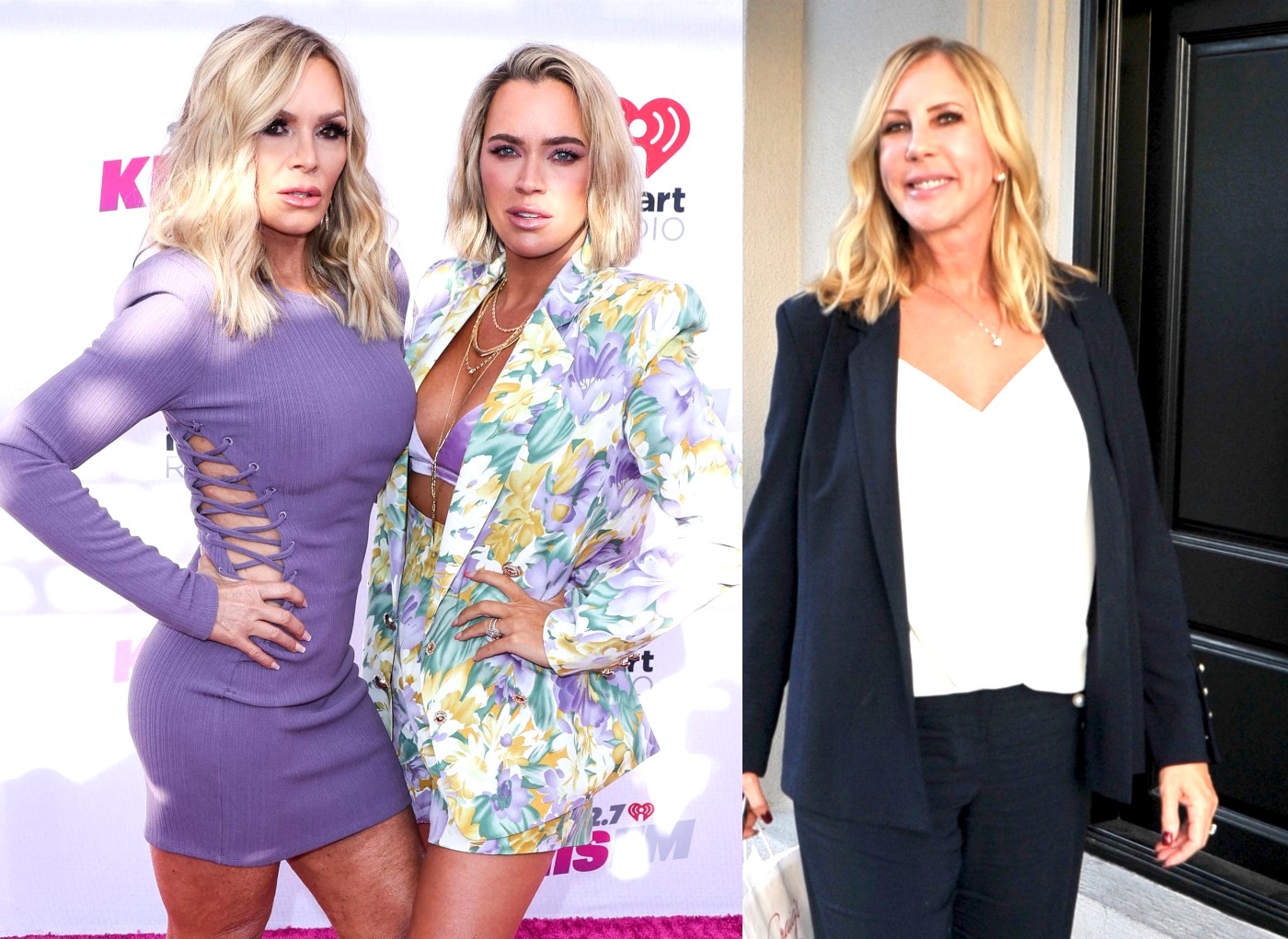 Vicki Gunvalson reportedly has it out for Teddi Mellencamp.

During a recent episode of the Real Housewives of Beverly Hills alum’s shared podcast with Tamra Judge, Two T’s in a Pod, Teddi requested they talk about Vicki “going after” her as Tamra confirmed her former Real Housewives of Orange County co-star called their boss in an apparent effort to have her fired from their show.

“Let’s talk about Vicki going after me. I, 100 percent, I’m fair game. I can be obnoxious, annoying, controlling. But here’s the one thing: Pick something new,” Teddi said on Two T’s in a Pod, as revealed in a clip shared by Bravo Snark Side on Instagram. “If the one thing that you’re going to attack me for is being boring, then you just read something off the world wide web. You don’t know me.”

According to Teddi, Vicki should have found “something new” to accuse her of instead of taking what she claimed was a “low blow.”

“That’s such a low blow, like, cheap shot,” Teddi stated.

Although Tamra noted that she couldn’t remember if Vicki had labeled the RHOBH star as boring, she said that Vicki, who she starred alongside on the second season of Real Housewives: Ultimate Girls Trip, called their boss.

“What I do remember, because there was a lot that went down. We recorded for an hour. I can’t be certain about the ‘boring’ thing. That just came to the top of my head but she did say in the interview that she did not like you,” Tamra recalled, noting that she attempted to defend her podcast co-host.

“I said, ‘Do you know Teddi? Have you ever met Teddi?’ She said, ‘No.’ And I said, ‘Well, how can you not like somebody you don’t know?’” Tamra explained.

But according to Tamra, she doesn’t believe that Vicki truly doesn’t like Teddi. Instead, she feels that she’s taken issue with the fact Teddi is hosting a podcast with her longtime bestie.

“I think what it all comes down to is she doesn’t like me doing this podcast with you. And I think we know that. She called our boss. We know that,” she confirmed.

Bravo Snark Side also shared a clip of Vicki’s recent interview with Entertainment Tonight, during which she declared, “I don’t know Teddi Mellencamp but I don’t like Teddi Mellencamp.”