Home Real Housewives of Beverly Hills News RHOBH’s Kyle Richards Faces Backlash as She Denies Laughing at Erika Telling Garcelle’s Son to “F-ck Off,” Plus Dorit Gives Erika a “Pass” and PK Says She Was “Entitled” to Blowup

RHOBH’s Kyle Richards Faces Backlash as She Denies Laughing at Erika Telling Garcelle’s Son to “F-ck Off,” Plus Dorit Gives Erika a “Pass” and PK Says She Was “Entitled” to Blowup 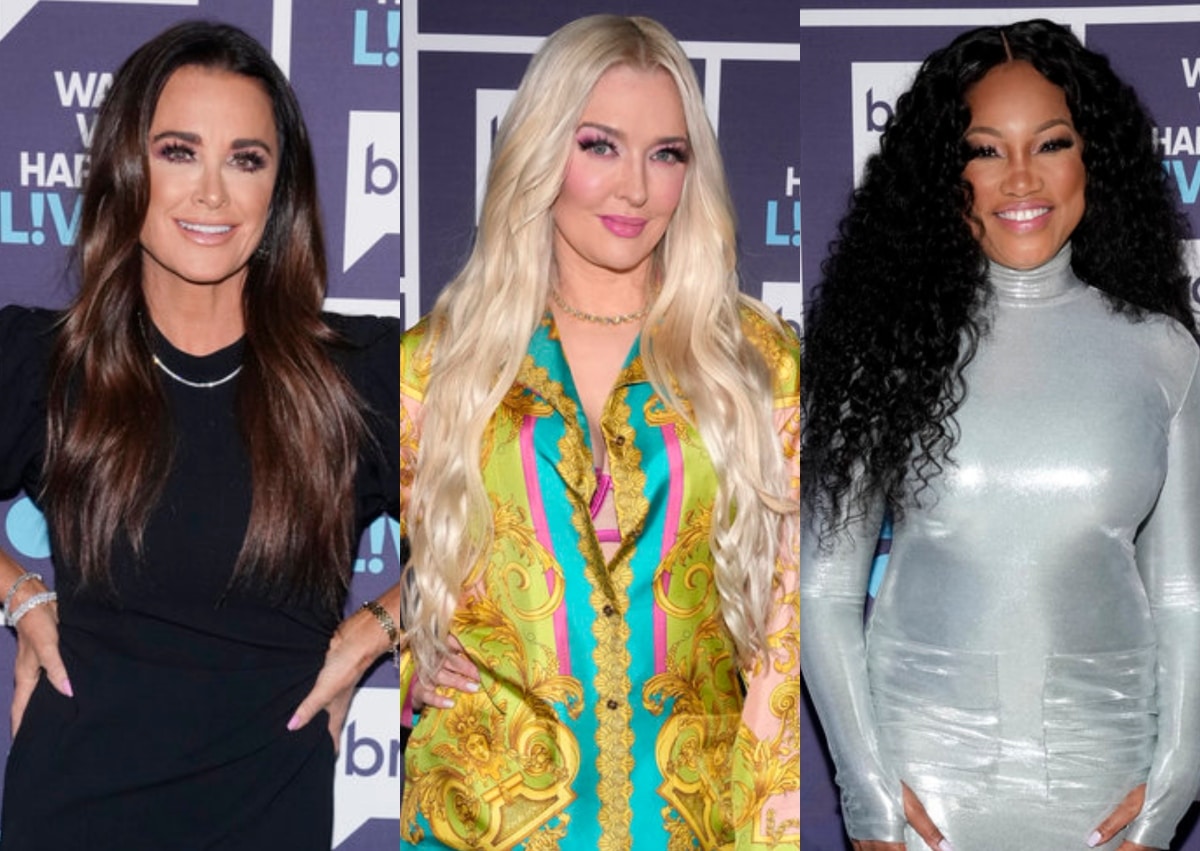 Kyle Richards is speaking out after being seen laughing with husband Mauricio Umansky and co-stars Dorit Kemsley and Paul “PK” Kemsley about Erika Jayne‘s behavior toward Garcelle Beauvais‘ son.

After Erika was seen telling Garcelle’s son Jax, 14, to “get the f-ck out of here” at his mom’s birthday party on The Real Housewives of Beverly Hills, a new sneak peek featured the group reacting to Erika’s antics, with Kyle admitting she’s amused and the Kemsleys seemingly suggesting they too were unoffended.

“I think it’s great that she did that,” Mauricio agreed.

According to Kyle, she liked seeing a “more relaxed side” of Erika.

“A hundred percent,” Dorit replied. “It’s really why I can give a major pass, of course, it’s not my child so she had a few drinks. She doesn’t get like that. I don’t think I can ever remember a time she was that loose and free.”

PK also got in on the conversation, saying, “Listen, she’s entitled to a blowout in my opinion. It was a blowout. She told Garcelle’s young one to f-ck off, the eldest she tried to bang him. That’s a blowout.”

In a confessional, Kyle continued, “I can remember in the first few years I knew Erika, I used to think, ‘I wish she would open up more. I wish she would loosen up a little bit.’ Clearly, the Erika that we’ve known all these years was holding a lot in. So seeing this side of her, more open and honest, even if she’s not always showing her best side, at least it’s genuine.”

Although Kyle made it clear that she appreciated the way in which Erika had loosened up, she said on Instagram after the clip was shared that her amusement was not directed at Erika’s statements to Jax.

“I was laughing about a friend’s drunken, ridiculous behavior. NOT about disrespecting someone’s child,” she insisted in a comment shared by the Real Housewives Franchise on Instagram. “I think you know me better than that by now. I wasn’t even there to see this and only heard about Erika and what she had said later.“ 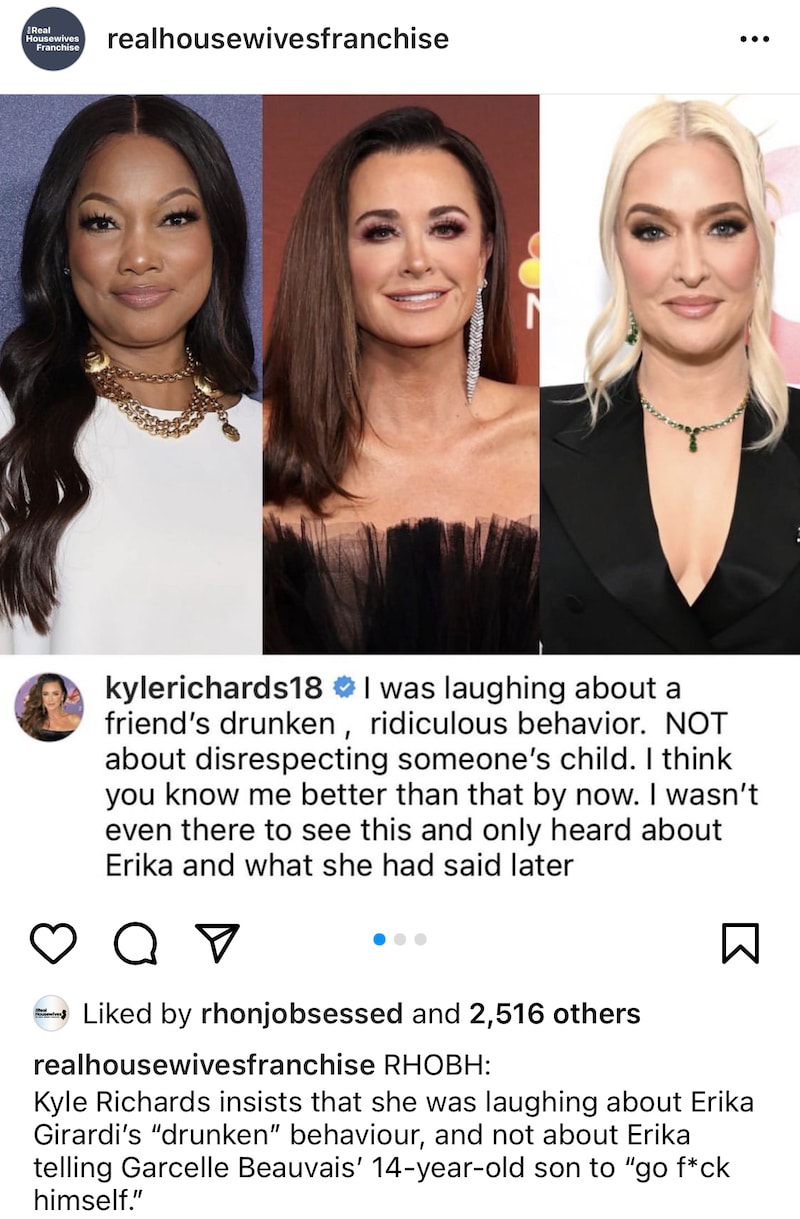