Kyle Richards Defends Erika Jayne After Garcelle Calls Her Out For Cursing at Son, Says She’s “Happy” Erika is “Letting Her Hair Down” as Garcelle Slams Kyle For “Jumping Ship,” Plus Erika Apologizes in RHOBH Sneak Peek 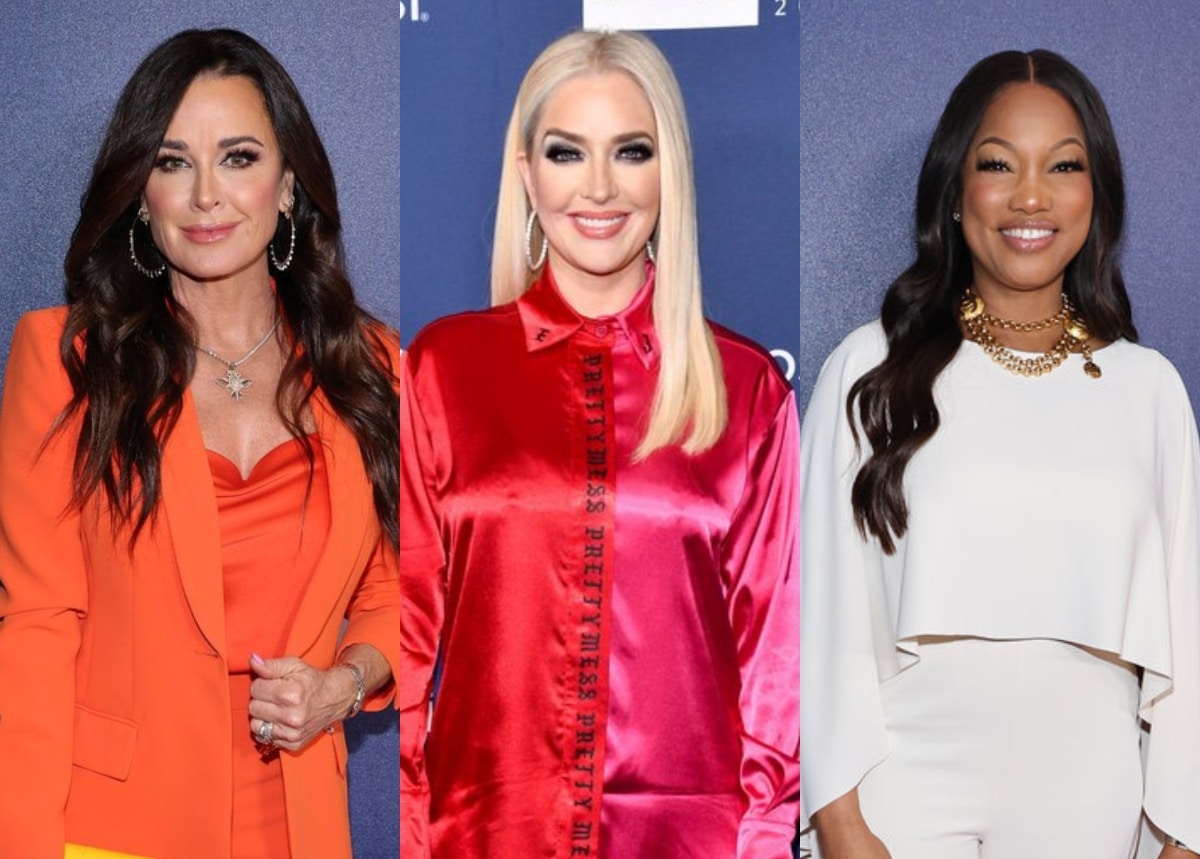 Erika Jayne is seen owning up to her shocking behavior toward Garcelle Beauvais‘ 14-year-old son, Jax, in a recently-released sneak peek at next week’s episode of The Real Housewives of Beverly Hills.

After exhibiting some majorly questionable behavior during Wednesday’s episode, which featured her telling Jax to “get the f-ck out of here” at Garcelle’s birthday party, Erika sits down with Garcelle and other members of the cast, including Kyle Richards, to discuss her offensive antics toward the child.

“I understand we were all having a good time at my birthday party. I understand that your liquor level was beyond… Under no circumstances, though, can you disrespect not only a kid, but my kid,” Garcelle tells Erika.

“I agree and take full responsibility,” Erika replies, as Garcelle adds, “Thank you.”

Although Erika insisted she wasn’t being “vicious” toward Jax, she admitted her behavior and commentary to the boy was downright “wrong.”

“I was sh-t-talking and treating the kids like they were adults and I was wrong. So I fully apologize,” Erika states. “I also want to say this: It didn’t come from a bad place, wasn’t vicious. It was just wrong.”

While Garcelle appreciates Erika’s apology, she goes on to note that her RHOBH castmate seems to be acting out due to her mixing of her medications and alcohol.

“I think seeing you on the boat in Mexico and seeing you here at my party that there’s gotta be a balance of the meds and the cocktails,” she tells Erika, who requested she “pee” on the new girl during a cast boat trip.

“Well, it’s not really that. It’s a new medication that makes me sleepy,” Erika explained as Kyle, who is under fire for laughing about the incident involving Jax, butts in to defend her.

“I’ve known Erika for seven years and never once have I seen her lose her composure one time so I think she’s allowed a little loop here,” Kyle says.

“This is what I mean by jumping ship. I’m having a conversation with her and it’s not like I’m saying anything bad… I’m not talking to you. I’m talking to her,” Garcelle tells Kyle.

“I get what she’s saying. In this moment, she just needs you to be neutral,” Sheree Zampino agrees.

“Was it wrong for Erika to tell Garcelle’s son to ‘F-ck off?’ 100 percent. But am I happy that she’s let her hair down and having some fun and not so guarded as she used to be? Absolutely,” she proclaims.

Back in the scene, Erika admits to having “too many sneaky margaritas,” which didn’t mesh well with a new medication that not only makes her tired but also makes her spike.

“And here’s the other thing too,” she continues, “Before I insulted your children, I actually paid them a huge compliment in saying that you’re younger boys, your twins, were so well-spoken and were not acting like teenagers that wanted to be on their phone and not talking to other guests. They were actually talking and I thought to myself, ‘That’s a real testament to Garcelle.’”