Home Real Housewives of Orange County News Noella Bergener and Dr. Jen Armstrong Confirm RHOC Exits as Noella Suggests Heather Dubrow Has “Too Much Power,” Plus Are These Alums Returning?

Noella Bergener and Dr. Jen Armstrong Confirm RHOC Exits as Noella Suggests Heather Dubrow Has “Too Much Power,” Plus Are These Alums Returning? 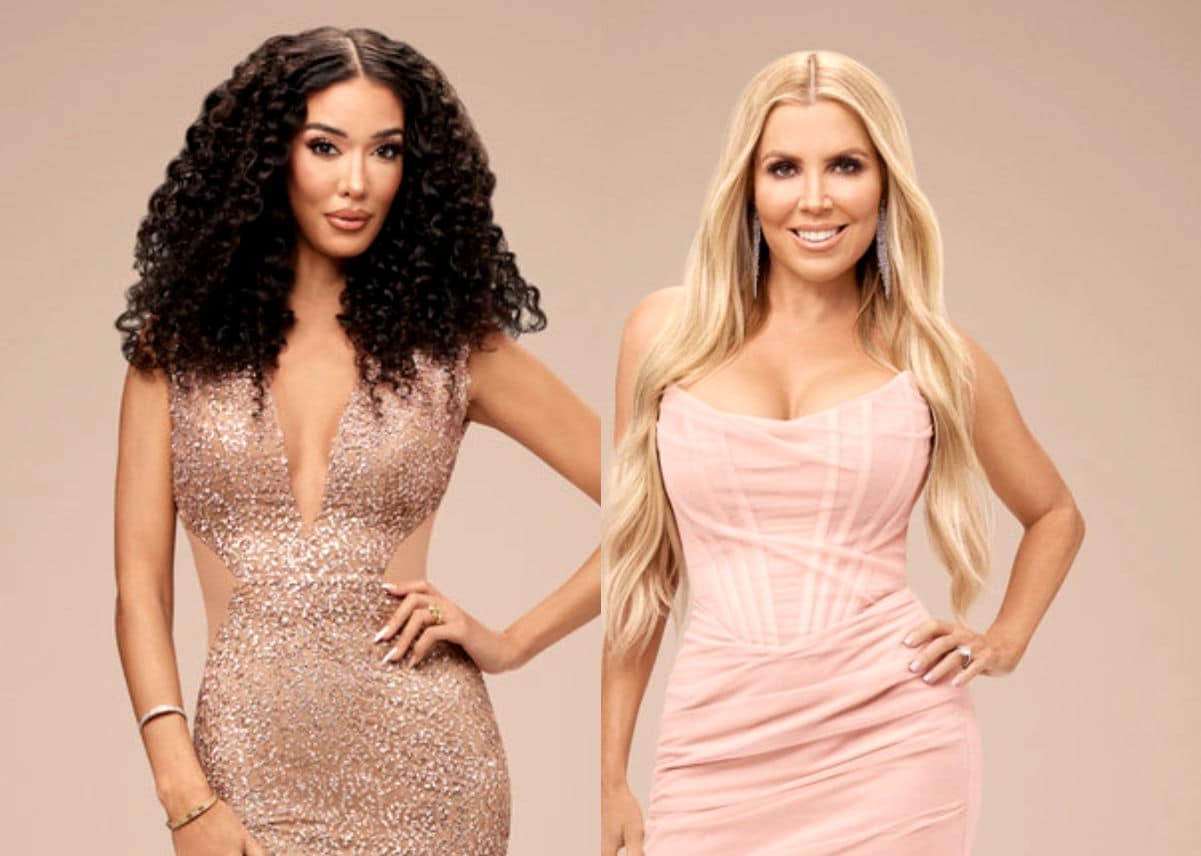 It’s official! Noella Bergener and Dr. Jen Armstrong will not be reprising their roles on The Real Housewives of Orange County for its upcoming 17th season.

Amid rumors suggesting two former cast members of the Bravo reality series will rejoin the show for its upcoming episodes, Noella and Jen took to their Instagram pages, where they shared statements with their fans and followers in regard to their exits from the show.

“After a wild season of ups and downs, I will not be returning to the Real Housewives of Orange County,” Noella wrote in a July 8 message posted to her Instagram Story. “Thank you to all of the fans for all of the love and support during quite possibly the hardest year of my life. I am looking forward to brighter skies ahead, and can’t wait to share what’s next.” 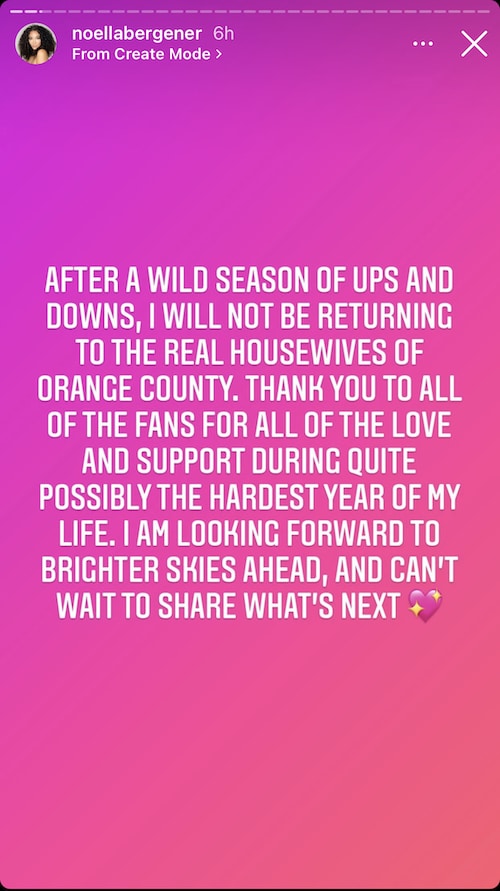 Noella also re-shared some accusatory comments about Heather Dubrow and Bravo on her Story.

“Justice for [Noella Bergener],” one message read. “She is the first Black housewife on RHOC. All of last season was about her.. without her we would’ve been watching Heather showing off her businesses and just a [Shannon Beador] takedown ready to happen … There is clearly an issue if the first Black housewife is fired after one season.. Someone has too much power and is ruining the integrity Bravo constantly says they want to protect.”

“[Sixteen] seasons in the show gets its first Black housewife, she reignites it and then gets forced out by a ‘wife with a power complex? Sounds about white,” read a second. 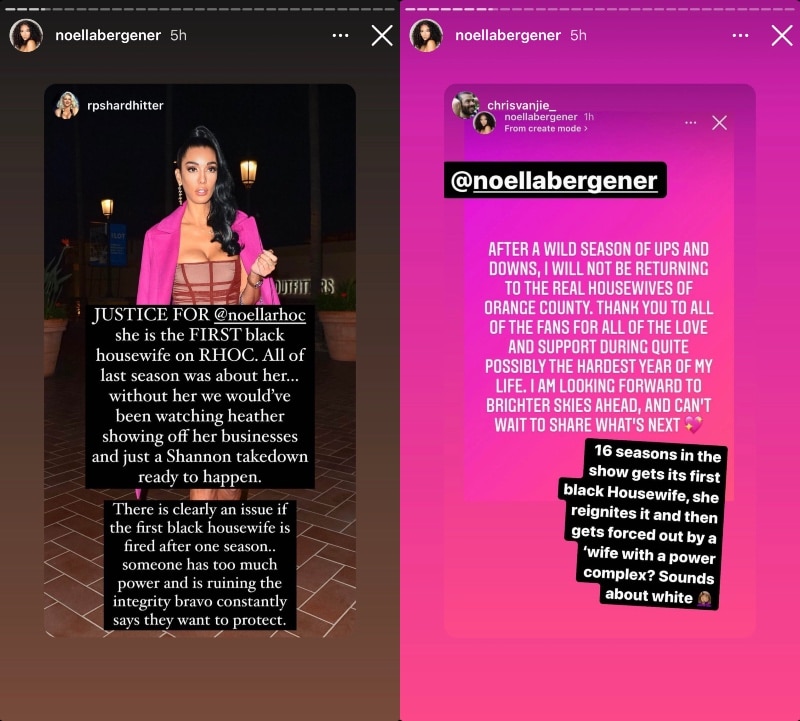 On her own Instagram page, Jen told her online audience she was walking away from the series to focus on her family and career.

“I loved opening up about being a working mom on Real Housewives of Orange County. I am so grateful to have had the privilege to talk about my father, my kids, and a real modern relationship on national television. My family and my work are the most important aspects of my life, so I am stepping away from RHOC and focusing on them,” she wrote, via a screenshot shared by All About the Real Housewives on Instagram.

As fans may have heard, Jen split from husband Ryne Holliday this past spring but has reportedly been working on her marriage in the months since.

“Thank you to everyone who has reached out in support- especially from the working moms. Women can really have it all if you work for it,” Jen continued. “I believe in you, and I’ll still be here to chat about it with you. I love inspiring people to be their best.”

“I am forever grateful for the friends I made, and the lovely people at [Bravo and Evolution Media]. Here’s to the next chapter, and I hope you’ll follow along for the journey. There are so many exciting things to come, so stay tuned,” she added. 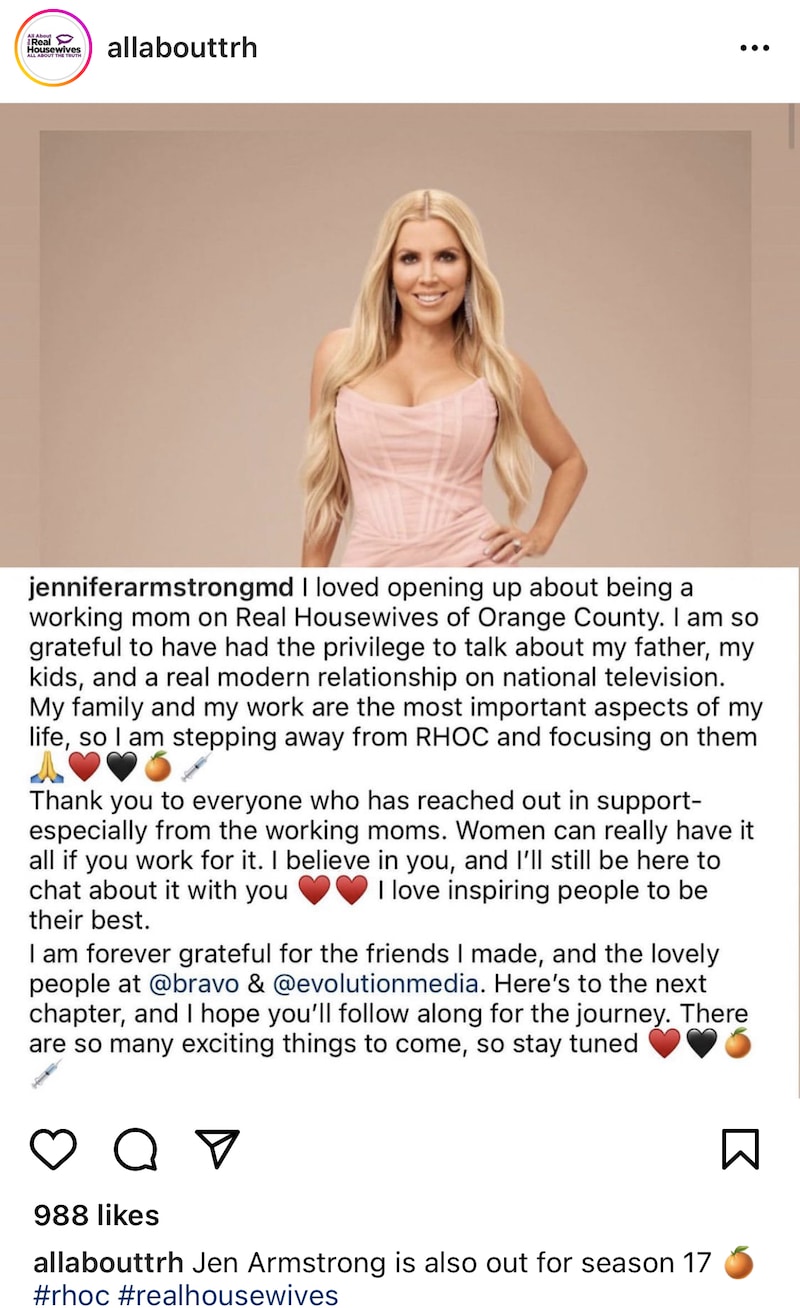 As for who could potentially replace Noella and Bergener, recent rumors have suggested that both Tamra Judge and Alexis Bellino have been approached about potential roles on season 17.

Earlier this month, Radar Online revealed the casting news and noted that Vicki Gunvalson had not been approached. However, as Noella noted on her Instagram Story, she believes that both Tamra and Vicki should return.

“I think it’s time Bravo admits that RHOC doesn’t work without Tamra and Vicki, and bring them both back for season 17,” read a re-share she posted. 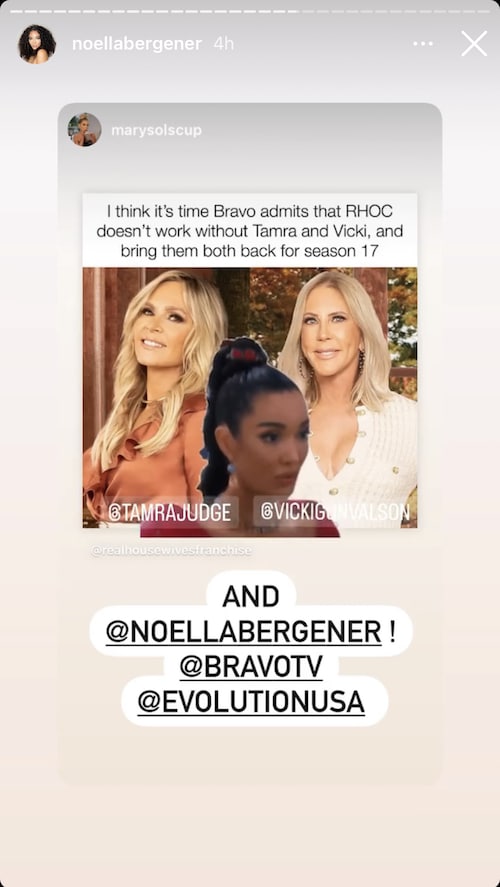 Radar Online also said that both Gina Kirschenheiter and Emily Simpson were in jeopardy of demotions.