Home Southern Charm Southern Charm’s Madison LeCroy Claps Back at Austen After He Reveals Another Famous Hookup, Plus Why Patricia Won’t Send Her New Clients

Southern Charm’s Madison LeCroy Claps Back at Austen After He Reveals Another Famous Hookup, Plus Why Patricia Won’t Send Her New Clients 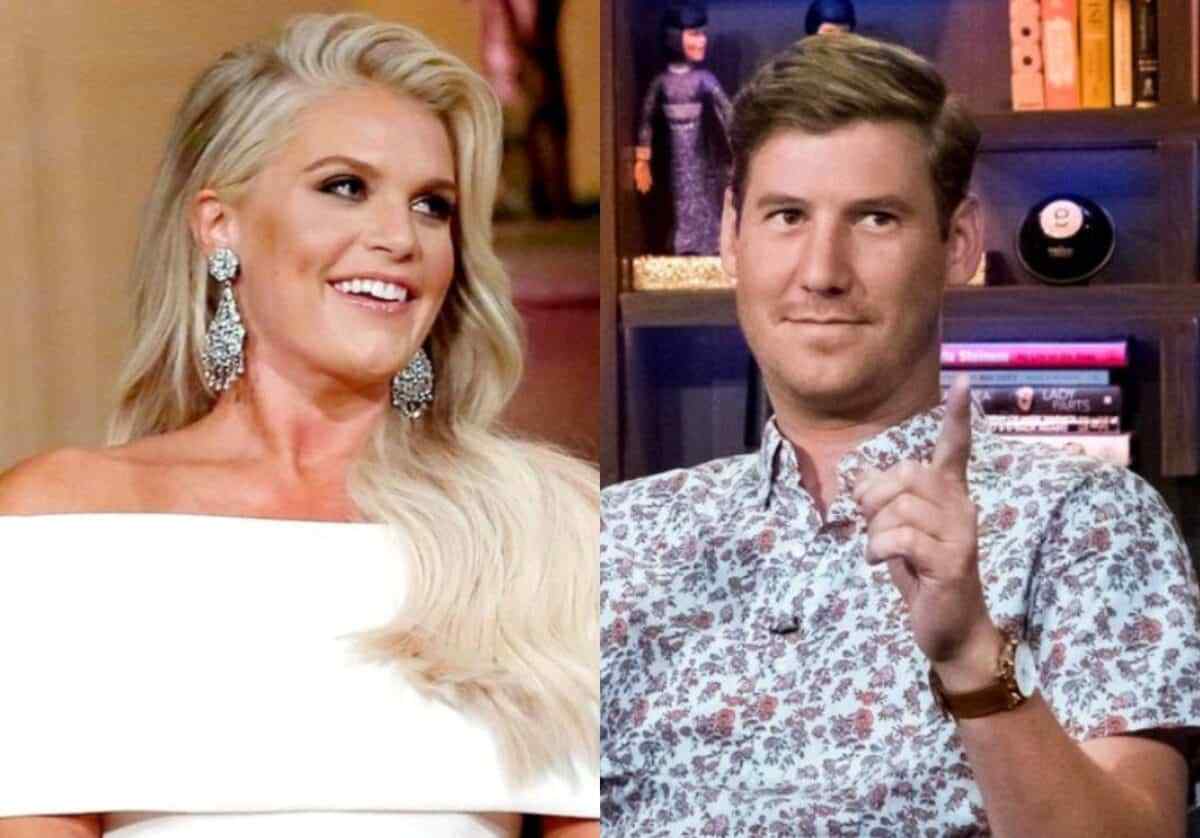 Madison LeCroy clapped back at Austen Kroll for suggesting she hooked up with another “reality star” amid their on-and-off relationship years ago.

After learning Austen had responded to claims she made in regard to the supposed overlap of his hookup with Lindsay Hubbard on Watch What Happens Live by suggesting, also on WWHL, that his rendezvous with the Summer House cast member was prompted by one of Madison’s romances, the Southern Charm cast member offered a statement on Instagram.

After Queens of Bravo on Instagram shared a clip of Austen refusing to reveal the name of the alleged “reality star,” Madison shared her thoughts in a comment. 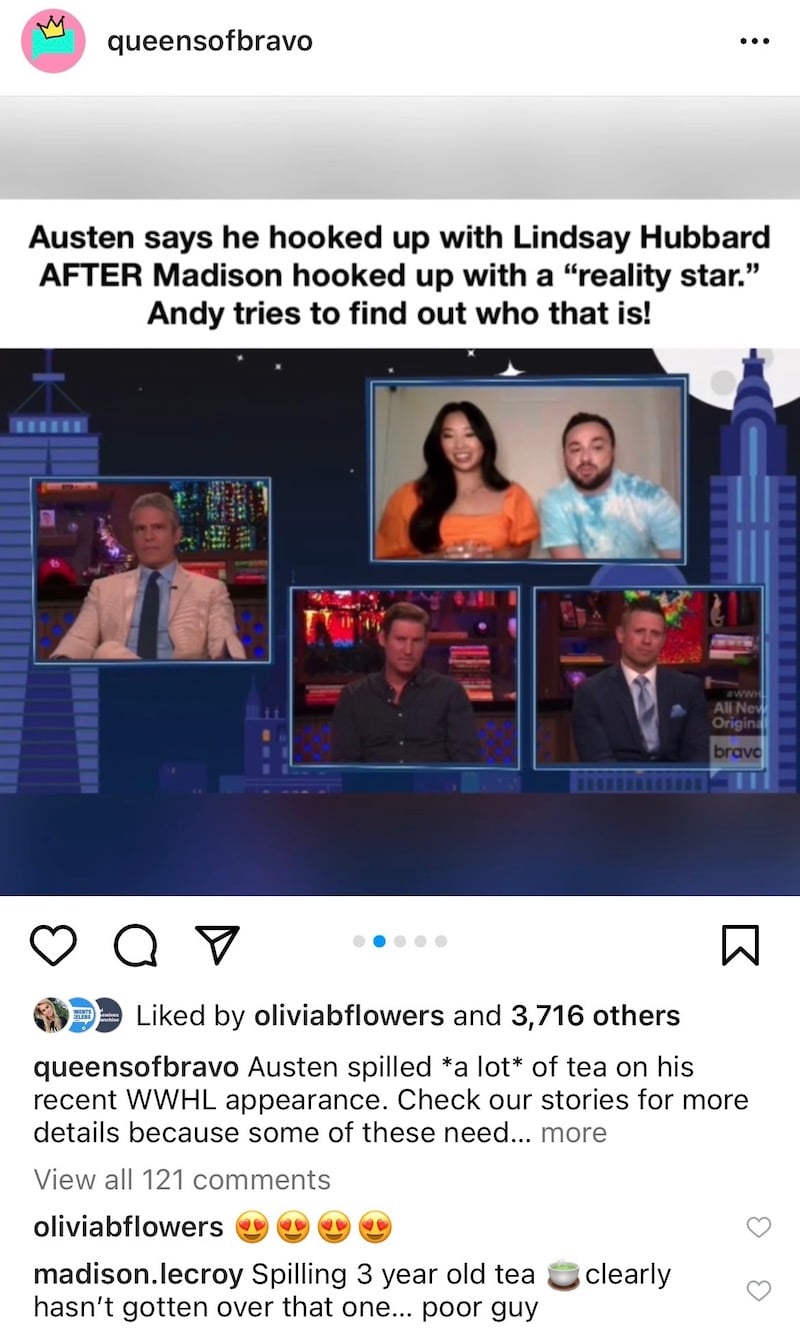 On Austen’s episode of WWHL, he suggested that Madison only accused him of hooking up with Lindsay amid the “gray area” of their relationship because it “was an easy cop-out for her to feel justified with all of the actions she’s done.”

“The fact of the matter is Lindsay and I hooked up one time,” he explained. “I could go into why it happened but I literally don’t want to create another headline.”

Then, after confirming Madison “did something with somebody that is of notoriety,” Austen said he was not referring to Alex “A-Rod” Rodriguez or Jay Cutler, who Madison was linked to after their breakup.

In addition to shading Austen on her own episode of WWHL, Madison also spoke of Patricia Altschul, revealing that the Southern Charm star is the only cast member whose hair she does.

“[She’s] one of my few clients,” Madison revealed, via Bravo’s Style & Living, noting that she’s been doing Patricia’s hair once or twice a week for the past 12 years.

But while Patricia is clearly a fan of her services, she never gives Madison referrals.

“She doesn’t want anyone else to take her appointment space,” Madison explained.