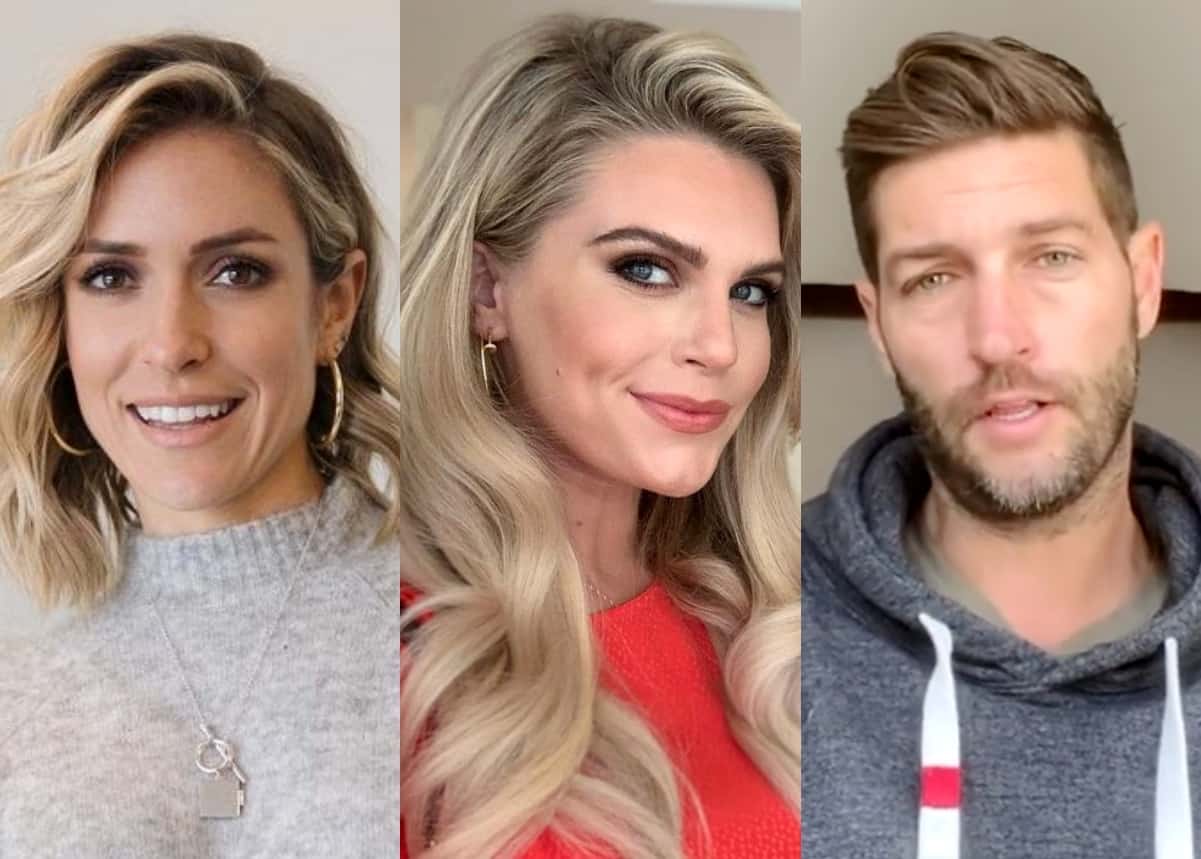 Kristin Cavallari is finally speaking out about the drama between Madison LeCroy and her estranged husband, Jay Cutler, as she claims Madison begged Jay to film with her on Southern Charm and says she’s been laughing at Madison the entire time.

Kristin, 34, joined Austen Kroll and Craig Conover on their new Pillows and Beer podcast on an episode titled “Unbothered.” As the three friends reflected on the fun times they’ve had together, and the fact that they “have a bond now forever,” Kristin said she’s ready to “clear up some rumors and drama.”

If fans have been able to keep up with said “drama,” they’ll likely recall it all started when Kristin and her BFF, Justin Anderson, went to dinner and partied with Austen and Craig. They all made an Instagram Live together, which showed the foursome dancing and having a great time, but it sparked rumors that Austen and Kristin were dating.

“It was never really flirty, no one hooked up with anyone, nothing ever happened,” Kristin declared. “We had a really good time and it turned into a sh*t storm! What happened,” she asked while laughing hysterically.

Craig immediately responded to Kristin’s question by stating, “scorpion happened,” which is apparently his new nickname for his co-star and Austen’s ex, Madison, adding, “She got involved and I think if she never got involved, maybe we would have just continued being friends [without any drama].”

After becoming friends, Austen complimented Kristin on Instagram, and Madison decided to retaliate by leaving flirty comments on Kristin’s ex’s feed, which resulted in Madison and Jay sparking up an alleged short-lived fling.

At the time, Austen and Kristin were flabbergasted by what was happening, and Austen revealed what they were texting one another as the drama began to make headlines.

Though Kristin has been in the spotlight since she was a teenager on Laguna Beach, she says the drama taking place with the Southern Charm stars is more than she has ever experienced in her life.

“It is the weirdest situation I have ever been a part of, that I can 100 percent say,” she proclaimed. “And the fact that it’s still going on to some degree is — it really has nothing to do with me.”

She added, “We just had a fun night, we made some new friends, and then all of a sudden it all blew up in our face.”

Then, Kristin seemingly shocked the guys by revealing that prior to Madison and Jay’s falling out — due to Madison mocking Kristin on Instagram and ultimately leaking private messages between her and Jay —  she had been begging him to join her on Southern Charm.

“By the way, not naming names, but someone on your show was repeatedly asking my soon-to-be ex-husband to come on your show, over, and over, and over,” she claimed. “I think the next season, [season eight] that’s what she was trying to get. [Jay] was like, ‘this girl just wants me to be seen with her and all of that.'”

Kristin was then given the opportunity to share any final thoughts on the situation, and she simply let it be known — just as a source has previously claimed — that she is truly “unbothered” by Madison.

Southern Charm is currently on hiatus after wrapping up the seventh season with a dramatic two part reunion on February 4.