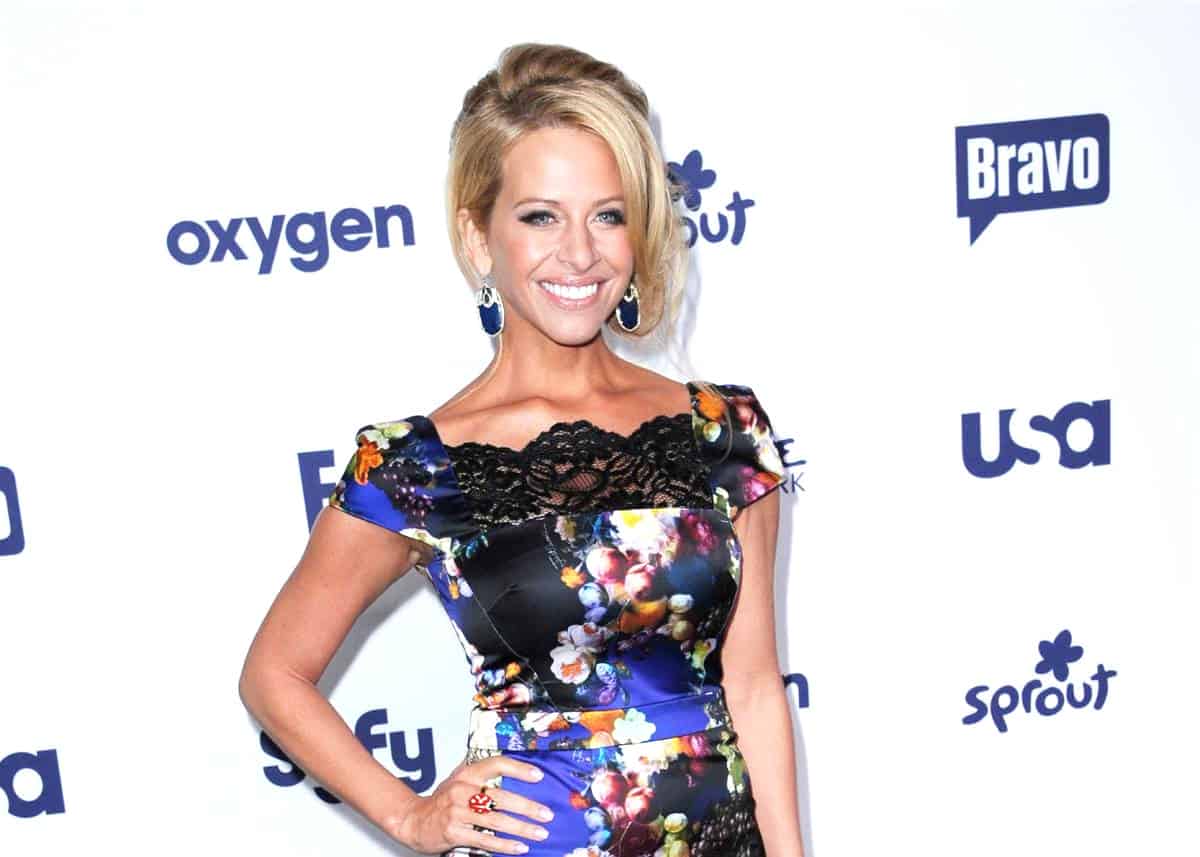 Dina Manzo and Teresa Giudice were rumored to have had a falling out in July, and recent posts shared by Dina have only added to those reports.

While sources claimed amid their alleged estrangement that the ladies were actually in a good place, and that Dina had opted out of Teresa Giudice‘s wedding to Luis Ruelas only due to the fact that cameras would be there filming for an upcoming special, the Real Housewives of New Jersey alum fueled the rumors with a series of messages on her Instagram Story on Friday night. 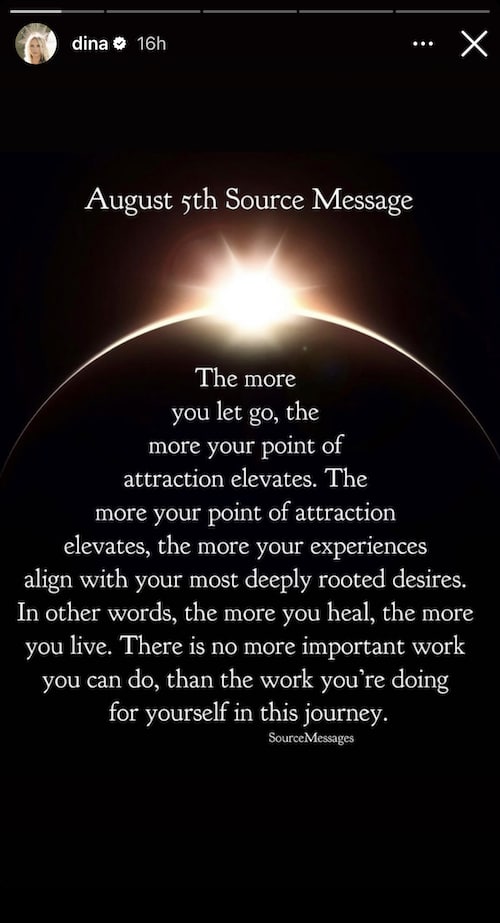 Then, in a second Story post shared by Dina, a message read, “For most people, their spiritual teacher is their suffering. Because eventually suffering brings about awakening.” 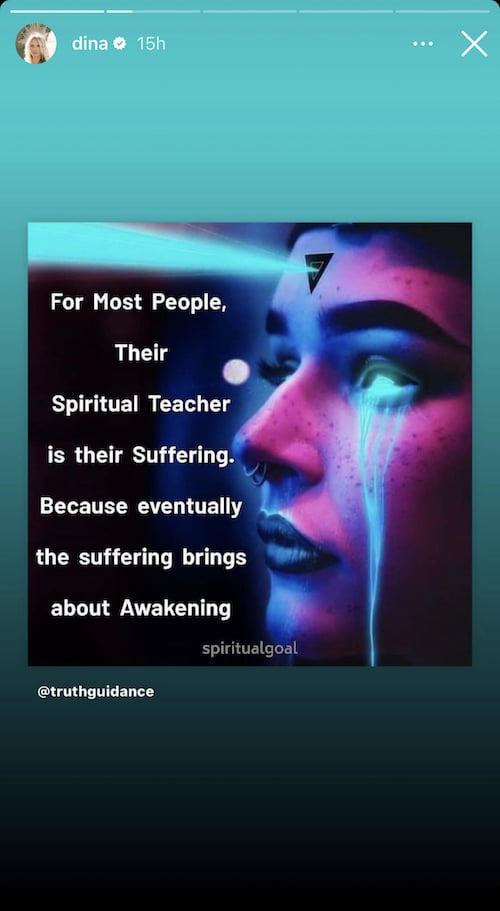 A third message was far more lengthy as it spoke out about ending things and moving forward.

The message also spoke of closure and discussed walking away. 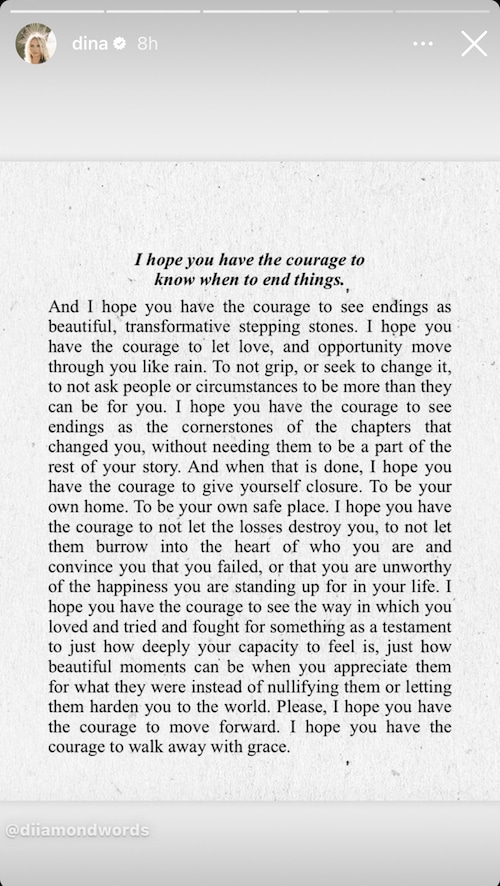 Back in July, it was noted that Dina and Teresa had suffered a falling out due to something that had happened between Luis and Dina’s husband, Dave Cantin. But days later, an insider told Page Six, “Dina has made it clear that she does not want to be on camera, and Teresa is OK with it.”

In addition to Dina being absent from Teresa and Luis’ big day, Teresa’s bother, Joe Gorga, and sister-in-law, Melissa Gorga, are also expected to miss the event following what a Page Six source said was a “very tense ‘Housewives’ finale” taping earlier this week.

Teresa and Luis are set to wed today, Saturday, August 6, at the Park Chateau Estate in East Brunswick, New Jersey.