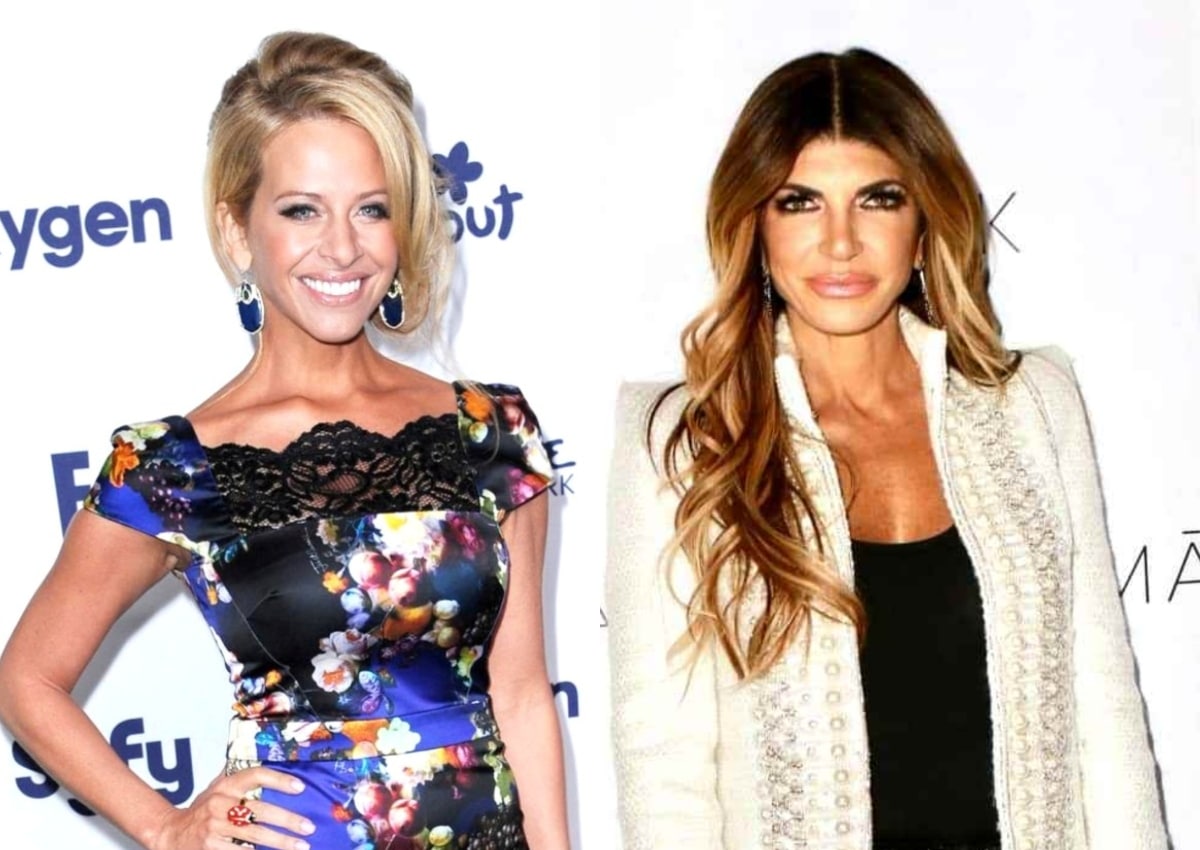 Dina Manzo has opted out of her best friend’s wedding.

With less than a month to go until Real Housewives of New Jersey stars Teresa Giudice and Luis Ruelas say, “I do,” an insider is revealing why Dina will not be in attendance — and how Teresa feels about her former castmate’s decision.

There’s a “very strong likelihood the wedding is being filmed,” an insider told Page Six on July 12. “Dina has made it clear that she does not want to be on camera, and Teresa is OK with it.”

Although rumors earlier this month suggested that Teresa and Luis had suffered a falling out amid an alleged rift between Luis and Dina’s husband, Dave Cantin, the source confirmed that the reports are untrue, pointing to the fact that the men are still following one another on Instagram.

“Teresa respects Dina’s wishes and looks forward to celebrating with her in the future,” the insider continued. “They remain as close as ever.”

As RHONJ fans may recall, Teresa said last month that the nuptials would “definitely not” be filmed for season 13. However, she then added, “We’ll see,” in regard to a potential Bravo special.

While Dina will not be present at Teresa’s big day, she and Dave have been part of several of her and Luis’ pre-wedding milestones, including their October 2021 engagement in Greece and their December 2021 engagement party, which Teresa’s other longtime friend, Dolores Catania, was not a part of.

Following a bit of drama surrounding the event, it was revealed that Dina had confirmed her rift with Dolores was due to an apparent letter Dolores had written in support of her former husband, Tommy Manzo, being released from jail after he supposedly orchestrated a home invasion and attack on her and Dave.

Prior to Dina opting out of Teresa’s wedding, she was rumored to be the maid of honor but expected to have at least a bridesmaid role. Now, Luis’ sisters and Teresa’s daughters, Gia, 21, Gabriella, 17, Milania, 16, and Audriana, 12, who she shares with ex-husband Joe Giudice, are expected to make up the bridal party.

The Real Housewives of New Jersey season 13 is currently in production.