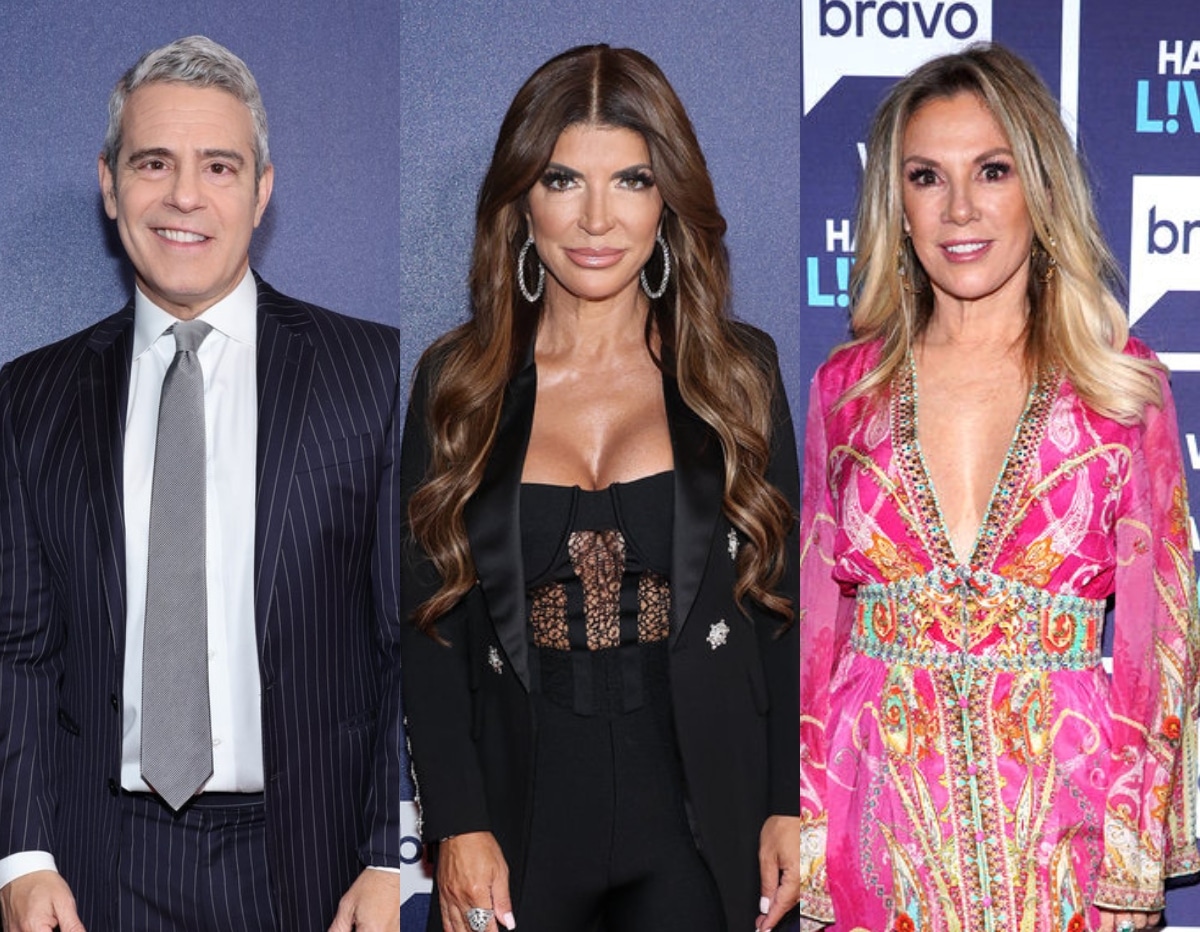 After the Real Housewives of New York City alum posted the invite on her page, revealing the wedding date, time, and location, the Watch What Happens Live host had conversations with them both, which he revealed on Jeff Lewis‘ radio show earlier this week while also revealing the one Real Housewives franchise he regrets canceling.

According to Andy, Ramona assured him that she didn’t mean to leak Teresa and Luis’ wedding invitation.

“She goes, ‘I didn’t mean it.’ Of course it was an accident,” he reasoned. “These women are so funny. They’re so unscripted and so funny.”

Looking back at the last Housewives shows that haven’t lasted, Andy said that he doesn’t regret canceling The Real Housewives of Miami, which recently returned to Bravo with its fourth season after premiering on Peacock last year, after its third season in 2013.

“You know what show I regretted that we canceled and I was a fierce proponent of keeping it on was The Real Housewives of D.C.,” Andy admitted.

“If you look at that cast, that was, by the way, an integrated cast. It was racially diverse at a time where our shows weren’t enough. And I really liked that show,” he explained. “I thought that there was a lot that could have come but I think the Salahi’s kind of tanked it.”

When Andy was then asked if he has gotten rid of certain Housewives due to problematic behavior, even though they were great for their shows, he confirmed that was the case.

“Yeah. [But] I would never say [who]. That wouldn’t be fair to that person,” Andy explained.

“I think there are people that are difficult to work with that if the viewers love them and they’re amazing on the show then you just buck it up and do it,” he added.