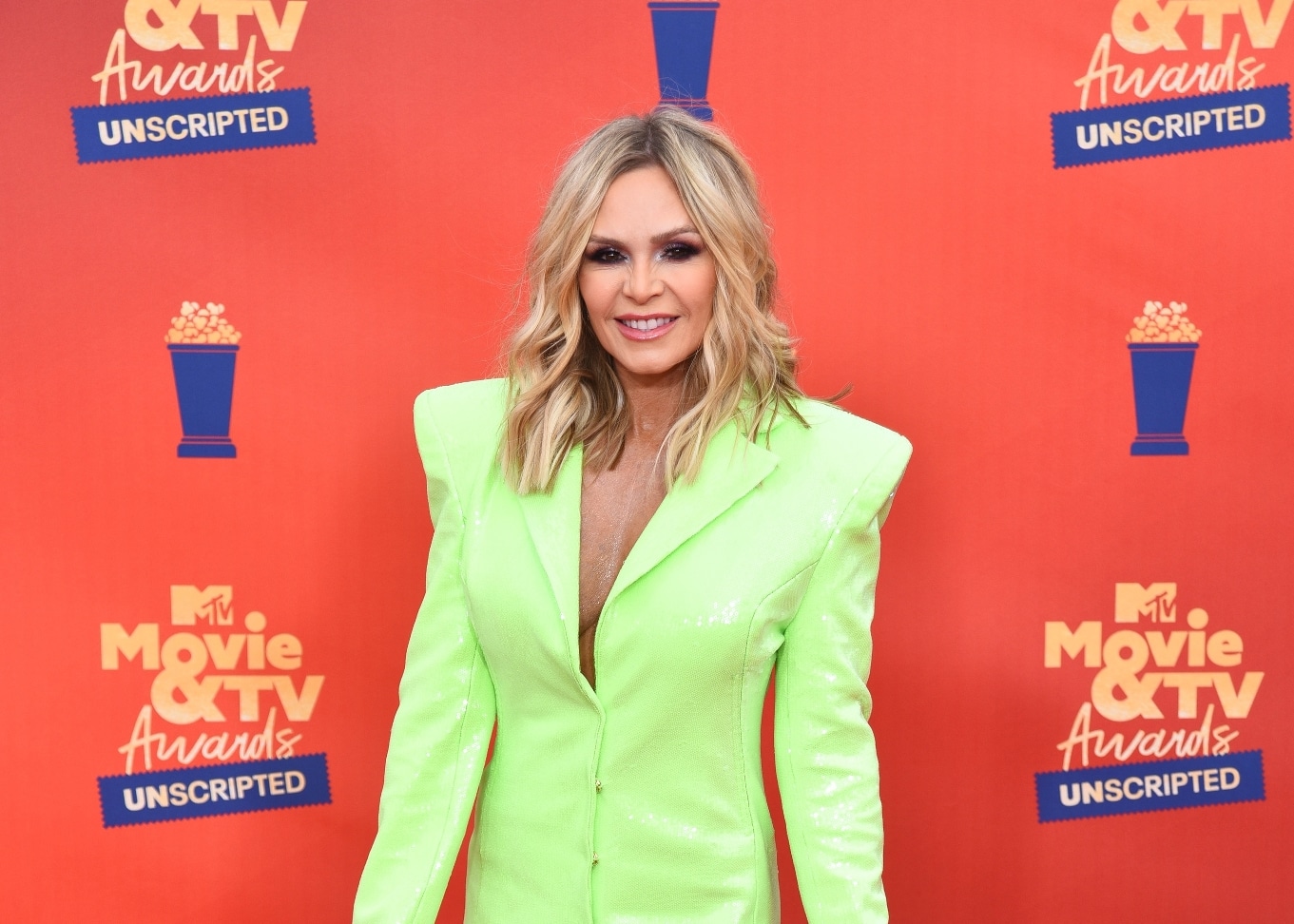 Tamra Judge is back in production on The Real Housewives of Orange County weeks after confirming her highly-anticipated return to the Bravo reality show.

In a series of new posts shared on her Twitter page, Tamra has given her fans and followers an inside look at her season 17 style as she and her castmates, including potential newbie Heather Amin, who is rumored to be joining the show, begin filming.

“Lights. Tamra. Action,” Tamra wrote in the caption of a couple of photos of herself on Twitter, also including orange and camera emoji and the hashtags for RHOC and season 17. 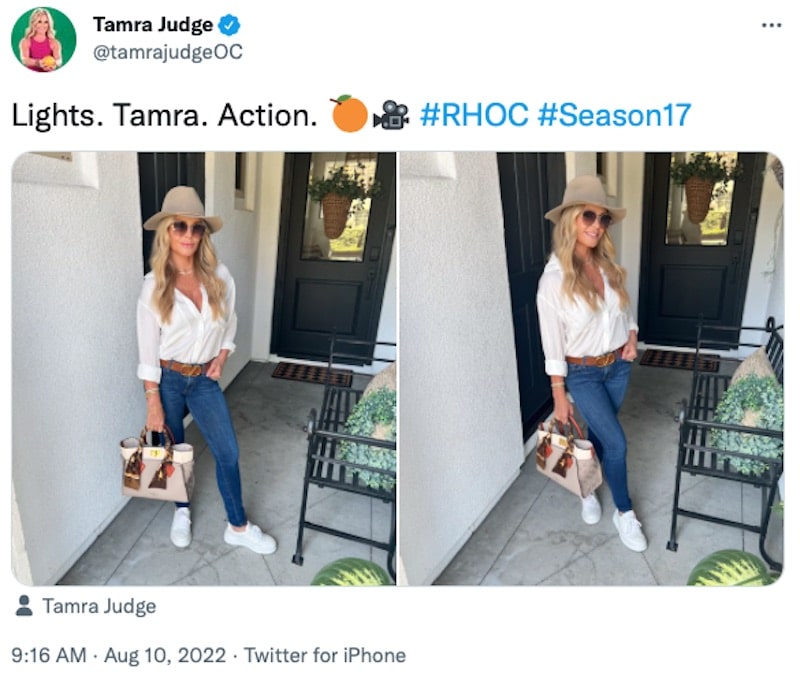 As fans may have seen, Tamra and her husband, Eddie Judge, enjoyed a romantic getaway in Italy prior to her RHOC return. And as she left Europe, Tamra teased the impending drama of the new season.

“Ciao! Time to head back to the OC to get things started. Don’t forget, the Judge is back and drama’s in session,” she shared on August 3.

Then, on August 6, Tamra said, “Court is in session,” along with a couple of images.

On the heels of Tamra’s return, Dorinda Deadly claimed on their Instagram page that she would be joined by Heather Amin, who she was recently seen with in a couple of photos.

And in a post shared on the Real Housewives Franchise‘s Instagram page, the casting was further detailed.

“According to [Dorinda Deadly], Heather Amin is the newest housewife joining The Real Housewives of Orange County!” they announced. “Heather will be introduced to the group by Tamra Judge, and she is also friends with former housewives Noella Bergener and Braunwyn Windham-Burke.” 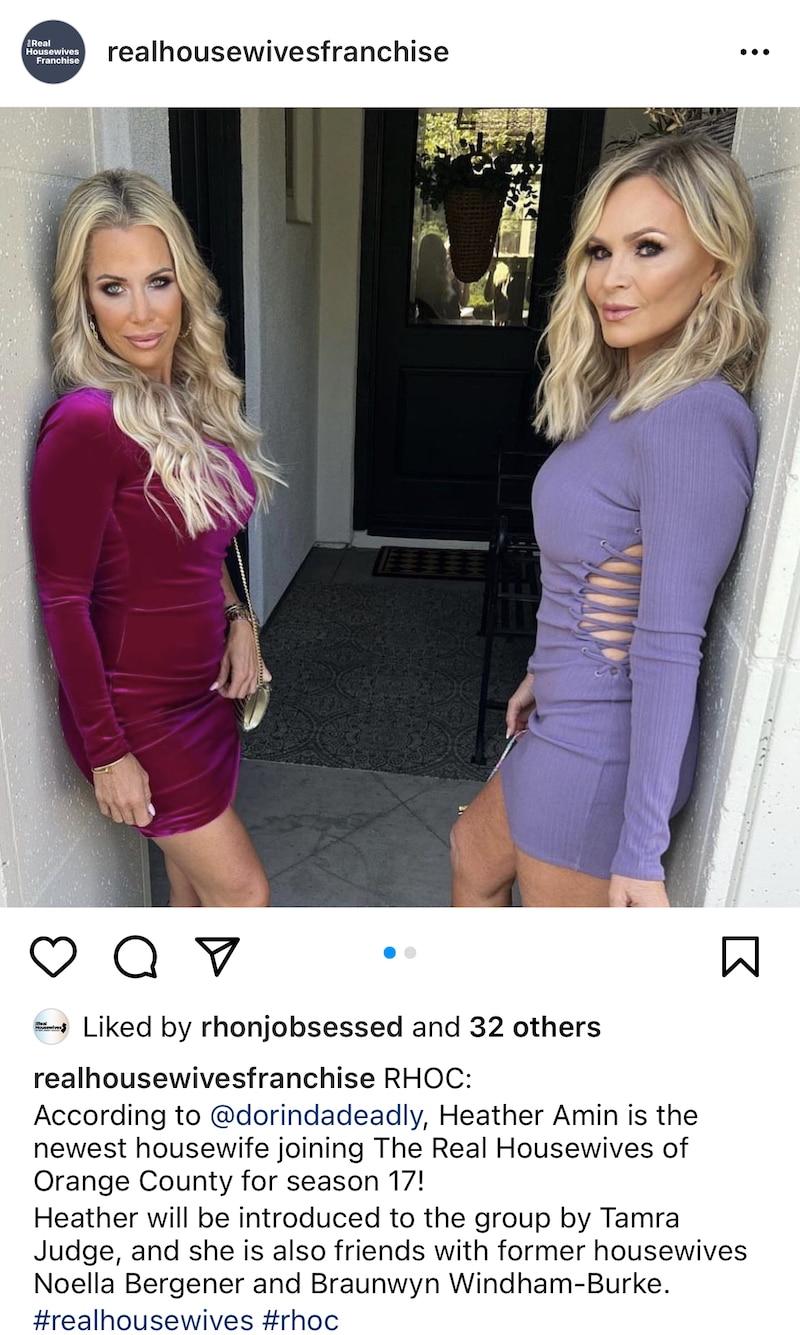 After facing a number of rumors regarding her potential return to the show, Tamra confirmed the reports were true during an episode of Watch What Happens Live last month, admitting that her two-year hiatus was good for her in the long run.

Then, days later, it was noted that Taylor Armstrong, formerly of The Real Housewives of Beverly Hills, would be joining RHOC as a “friend.”