Southern Charm’s Leva Bonaparte Addresses Feud With Venita Aspen, Says She Was Betrayed Amid Claims of Being “Messy” For Sharing Photo 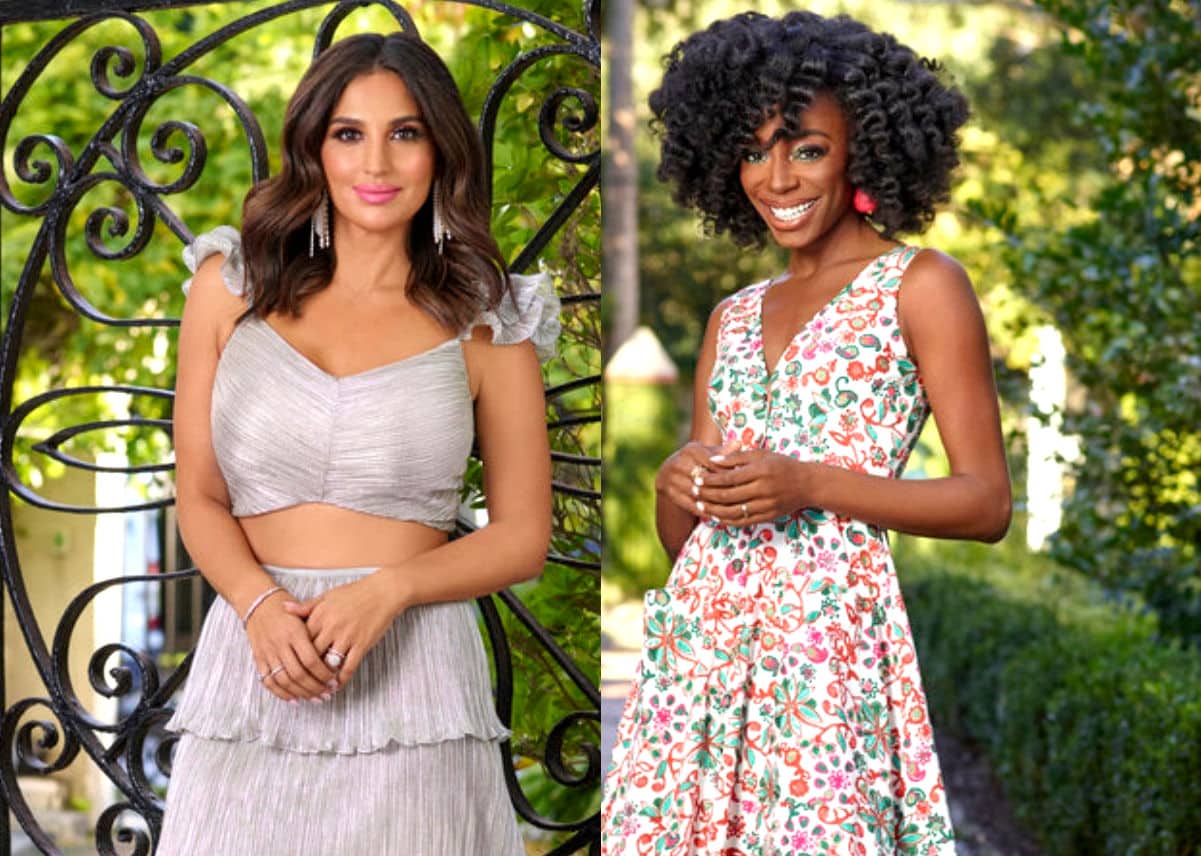 Leva Bonaparte is clapping back at claims of being “messy” after posting a photo of herself with former friend Venita Aspen on Instagram amid their feud.

After the Southern Charm cast member shared the image to promote not only the latest episode of the Bravo reality series, but also co-stars Naomie Olindo and Taylor Ann Green‘s then-upcoming appearances on Watch What Happens Live on Thursday night, she was met with a critical message from a fan.

“Whenever things get weird I can count on my girl [Naomie Olindo] to giggle with me! Also, she and [Taylor Ann Green] are on [Watch What Happens Live on Thursday] after the glamorous dog wedding on [Southern Charm on Bravo] at [Patricia Altschul‘s on Thursday] evening!” Leva had written on August 10.

But after seeing the pic, one particular person questioned Leva’s intentions for sharing it.

“Why post a picture with Venita [if] you no longer follow nor talk to her? Should’ve just posted a photo with just you and [Naomie]. This seems messy,” the person stated.

“Well, I had a friendship with her. I brought her on the show clearly, and had a love for her. But when people betray you, you can’t just pretend they didn’t exist in your heart once. If you think that’s messy you can. I don’t,” Leva replied. 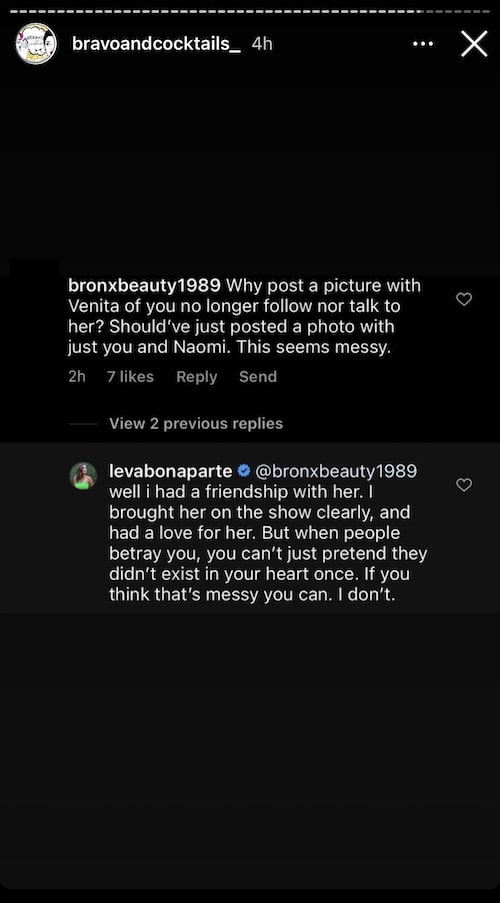 As Southern Charm fans may recall, Leva made headlines at the end of last year when she unfollowed a number of cast members, including Venita, Craig Conover, Austen Kroll, and Madison LeCroy, after taping the season eight finale.

Months later, during an interview with Showbiz Cheat Sheet, Leva admitted it was a “heavy season” to film and said that by the end, she was so “stressed out” and “tired” that she wanted to take some time away from her co-stars.

“I was like, ‘I don’t want to see some of these faces for a while,'” she recalled. “It was maybe a little bit more severe than it needed to be, but I kind of am a little bit severe sometimes… It’s just I’m trying to protect my own energy or whatever. And some of them took it really personally.”

Also, during the interview, Leva hinted that despite Venita’s betrayal, she might be open to making amends.

“It’ll come in time because we have a lot of roots. There’s a lot of deep friendships there, which also equates to deep hurt,” she said. “People are like, ‘Oh, it seems like a flip flop.’ Some of us take time to get over stuff … There’s just so much history. I’ve known them for short of ten years, you know? So I’m sure we’ll eventually get over it.”