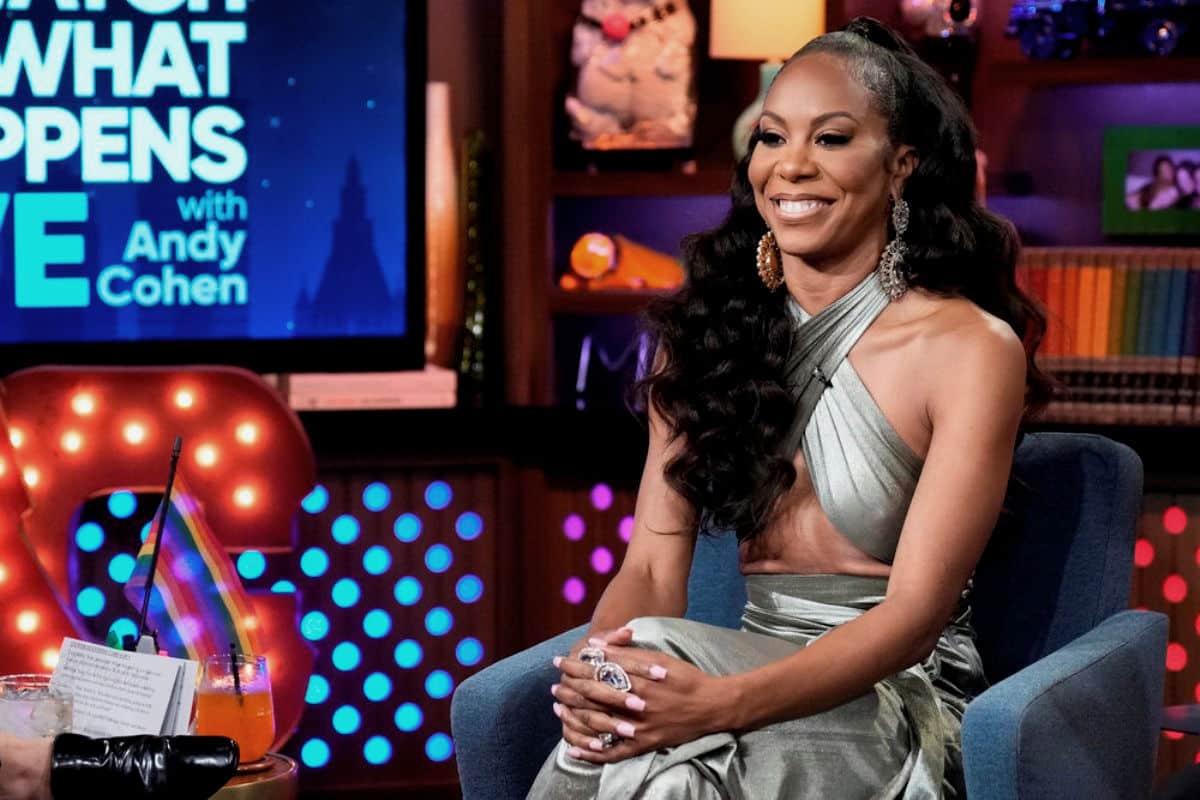 Sanya Richards-Ross is responding to backlash after announcing her latest Fit Mommi Challenge.

After her Real Housewives of Atlanta co-star, Kandi Burruss, reshared a video of her announcement on Instagram, prompting a number of fans to accuse her of copying former friend Drew Sidora‘s Drop It With Drew program, Sanya reacted to the backlash — and to a fan saying they hoped she wouldn’t be back for season 15.

“JOIN ME!!!! The [Fit Mommi Challenge] is back and you’ve got to join us. The kids are back in school and it’s time to do something for YOU!!! We’ll have incredible trainers and [Nike Women] has a new program just for us!!! Oh yeah, you could also win $1000 … SIGN UP NOW,” Sanya had announced on August 14, amid the latest episode of RHOA.

And after Kandi posted the video on her own Instagram page, encouraging her own fans and followers to “head over to MommiNation.com right now to sign up,” Sanya was confronted by unruly fans, many of whom accused the RHOA newbie of ripping off Drew’s idea.

“Get introduced to the show as Drew’s friend. Not be her friend. Take her friends and her business. Friends… How many of us have them?” one person asked.

But in response, Sanya confirmed that she’s actually been hosting the challenge for years.

“Lol… Been doing the Fit Mommi Challenge long before I met Drew,” she shared.

Then, when another fan slammed Sanya as “shady AF” and said she was doing “the same thing Drew is doing,” the Olympian added, “Been doing this for years. Long before I met Drew. Fitness has been my life.” 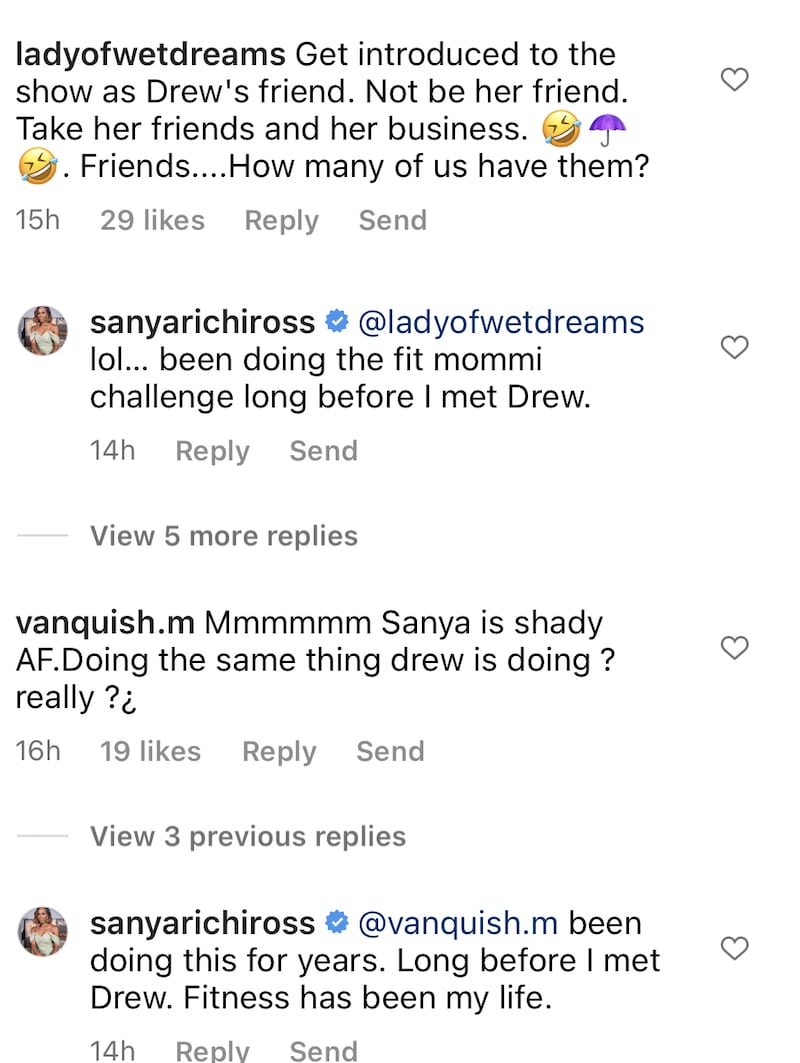 “Did she copy Drew stuff challenge really?” someone else asked.

“Been doing this challenge for years!!! Long before I met Drew,” Sanya replied.

As the comments continued to flood Kandi’s page, another person said, “Ugh!!! Please let this be her last season.”

Also in the comments section of Kandi’s post, Sanya responded to a fan who joked that she was “messy,” writing, “lol,” and she reacted with a couple of laughing-while-crying emojis to another person who said they’d rather participate in Drew’s program because Sanya’s looked “like work.” 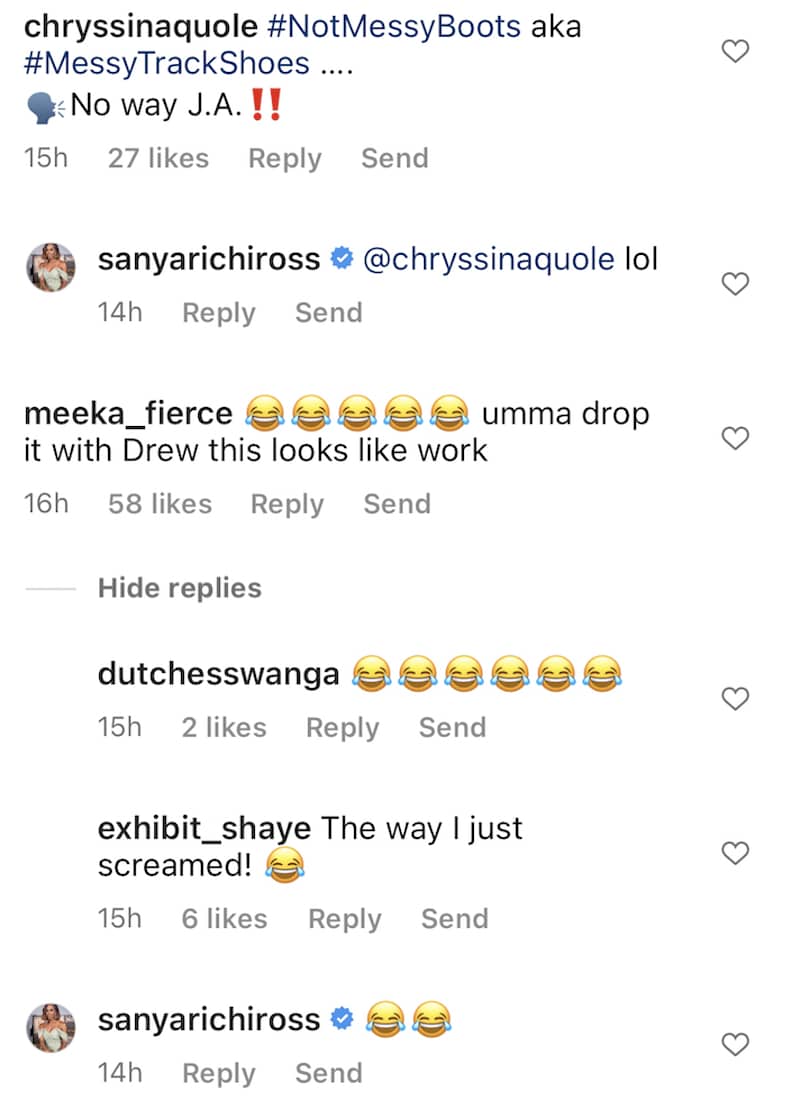