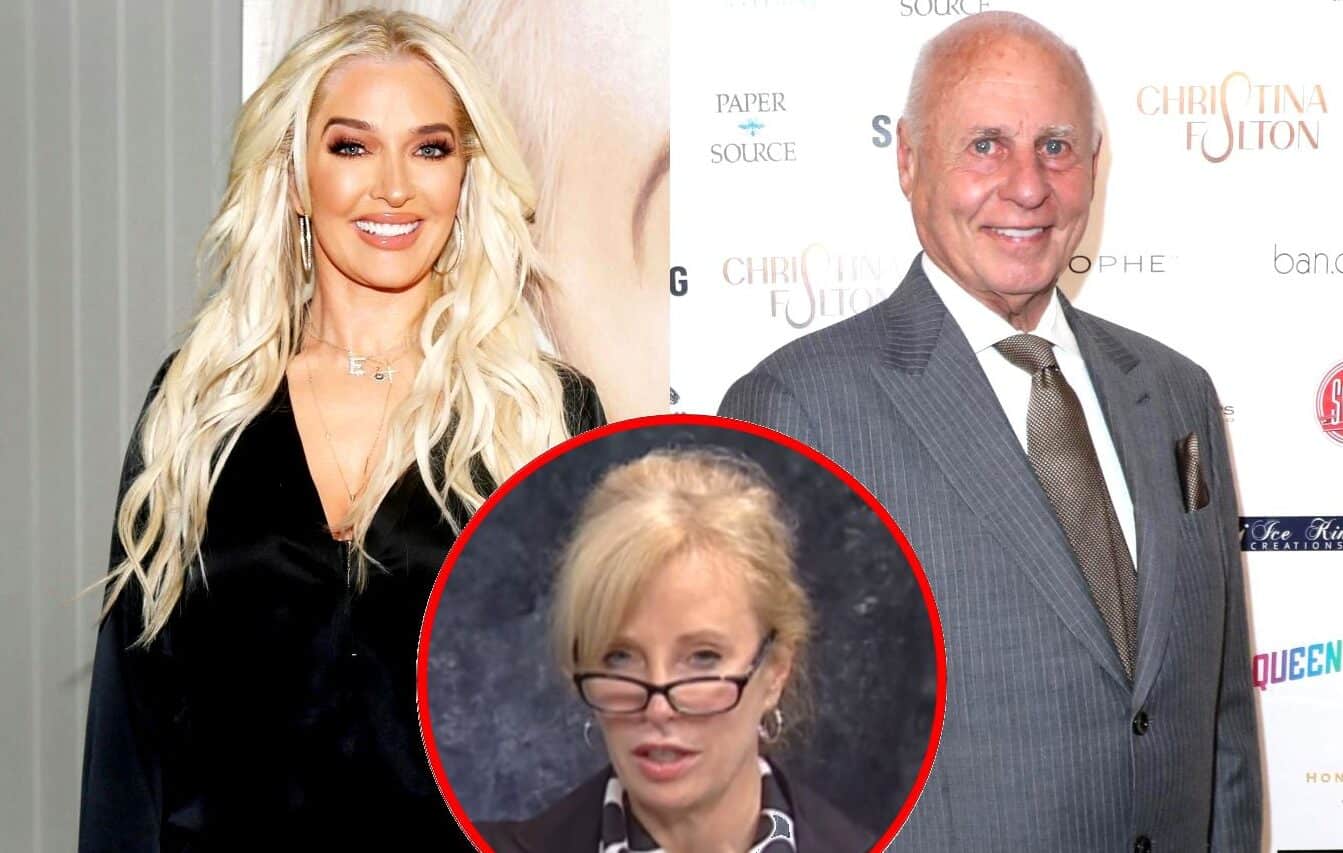 Tricia A. Bigelow, the former California judge who allegedly engaged in a four-year affair with Erika Jayne‘s now-estranged husband, Thomas Girardi, has turned over a number of gifts she received from him to the trustee in charge of his ongoing bankruptcy proceedings.

According to a new report, Tricia, who stepped down from her position in 2021, handed over the gifts after an inquiry about a couple of checks Thomas wrote to her, including a $5,000 check from his law firm‘s account and a $10,000 check from an account he previously shared with the Real Housewives of Beverly Hills star.

“Justice Bigelow does not want anything even potentially connected with monies Girardi took from his client-victims,” Tricia’s attorney, Alan Jackson, told the Los Angeles Times on Thursday after the outlet asked for an explanation of the checks, which were reportedly given to her in 2017.

While the attorney did not describe any of the gifts Tricia received from Thomas, nor did he reveal how much they were worth, he did note that their relationship ended before the checks were written and claimed there was no record that either of the checks was cashed.

Alan went on to say that Tricia, who reportedly engaged in a romantic relationship with Thomas that began in 2012 and ended in September 2016, believed Thomas was “a successful attorney” and never thought that the gifts she received were purchased with money belonging to his clients.

“She’s horrified and appalled that she was the unknowing recipient of tainted gifts,” he said, confirming Tricia ”disgorged all gifts she’s aware of over the last two days.”

“She has a long record of always being a staunch advocate of victims of crime, and she’s focused on doing her part to make sure that at least in this case those victims are made whole,” Alan added of Tricia, who has been married to another attorney since 2018.

The LA Times revealed that the gifts were turned over to trustee Elissa Miller but said she refused to offer a statement about them, and Alan wouldn’t confirm if they included the cost of the alleged cosmetic surgery Thomas reportedly paid for Tricia.

“Medical procedures are personal and private issues, and it would be inappropriate to comment on anything related to a medical procedure,” he explained.

As RHOBH fans may know, Elissa has been attempting to gather what assets are left of Thomas’ in an effort to repay the victims he allegedly stole from. And during a “comprehensive review” of his financial records in July, she “identified numerous transfers of interests in property of the estate to third parties,” which resulted in her asking the court for permission to locate and potentially seize those items.

“I would like to see a public accounting of what Justice Bigelow says she received and what she has returned to the trustee,” it read.

Erika first revealed the news of Thomas’ alleged affair with Tricia in late 2020 just weeks after filing for divorce. At the time, she shared a collage of text messages reportedly sent to Thomas from Tricia in 2016.

“He was paying her Saks bill and paying for her plastic surgery,” Erika alleged in her Instagram caption before deleting the post.