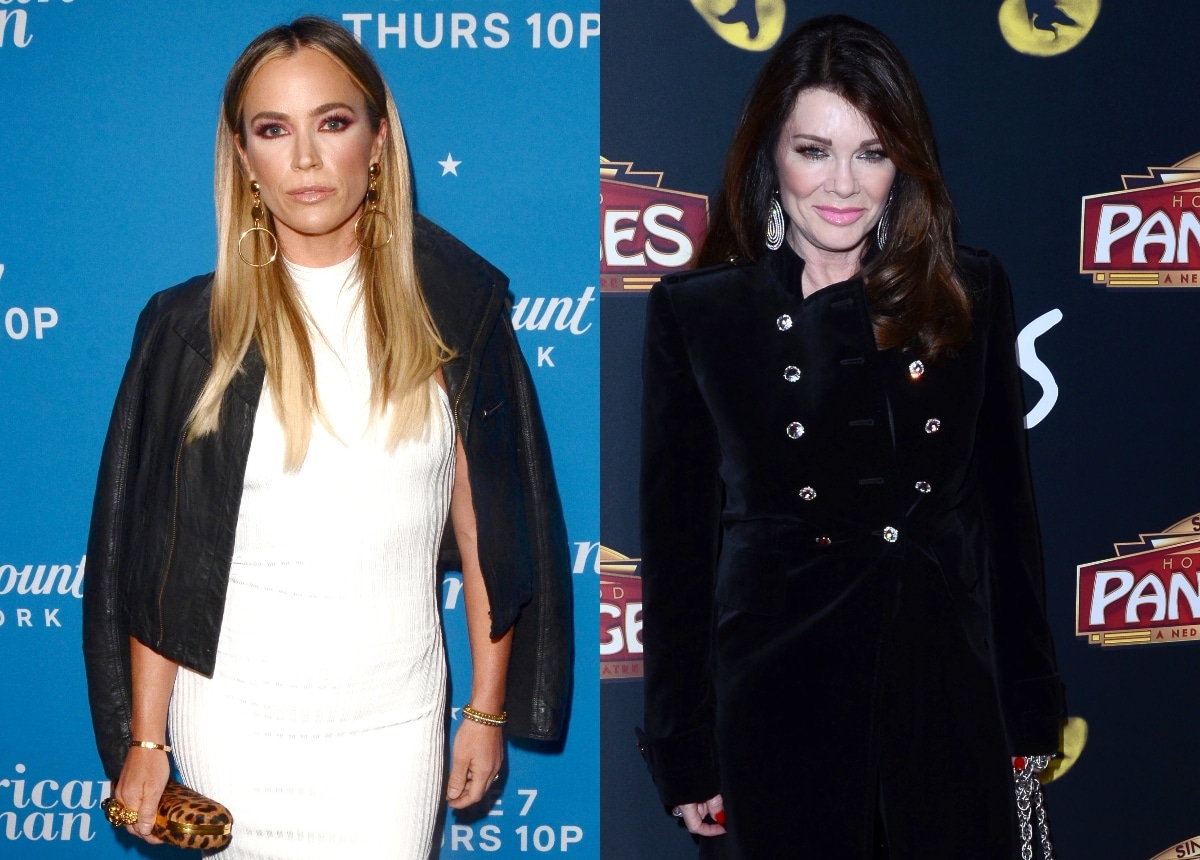 Teddi Mellencamp offered an apology to Lisa Vanderpump on a recent episode of her podcast, Two T’s in a Pod, after making negative comments about her relationship with her late brother, Mark Vanderpump, who died, via suicide, in 2018.

After the Real Housewives of Beverly Hills alum said on a different episode of her podcast, which she co-hosts with Tamra Judge, that Lisa “had no relationship with him and didn’t speak to him,” which prompted Lisa to label her “disgusting,” Teddi apologized to her on her show — but she may have done so reluctantly.

“For weeks there had been endless chatter and comments about how LVP was treated during season nine and the loss of her brother versus this season of [RHOBH] and [Lisa Rinna] dealing with the loss of her mom. I made some comments on this podcast to give some clarity and perspective of the women then versus now and also mention how I now would’ve reacted differently if I could go back,” Teddi began on her Two Ts in a Pod podcast, via a snippet shared on Instagram by Bravo Snark Side.

“I had no intention of trying to hurt LVP. When I said nobody knew she had a brother, I meant because she never spoke about him to the group before his passing. While I meant no intent with my words, I realize grief is a delicate thing and I, nor anybody, can determine or dictate how anyone should react. So, I truly apologize,” she continued.

Before Teddi apologized on her podcast, she didn’t seem too happy with Lisa in an Instagram Story shared earlier this week, which she seemingly deleted from her page.

In a message written to Lisa, which was shared by Love Andy C on Twitter, Teddi slammed Lisa, who told a follower on Twitter to “please share” her message, which labeled Teddi’s comments “lies” with Teddi.

“I am glad you were able to find my handle to tag me,” Teddi wrote in a tagged message to her former RHOBH castmate. “If you had actually listened to what I said versus going off Twitter LVP stan’s I don’t believe you would be needing to call me disgusting.”

She then added, in what may have been a nod to the infamous Puppy Gate scandal of season nine, “But, of course this doesn’t shock me that you are asking people online to come for me and do your dirty work.” 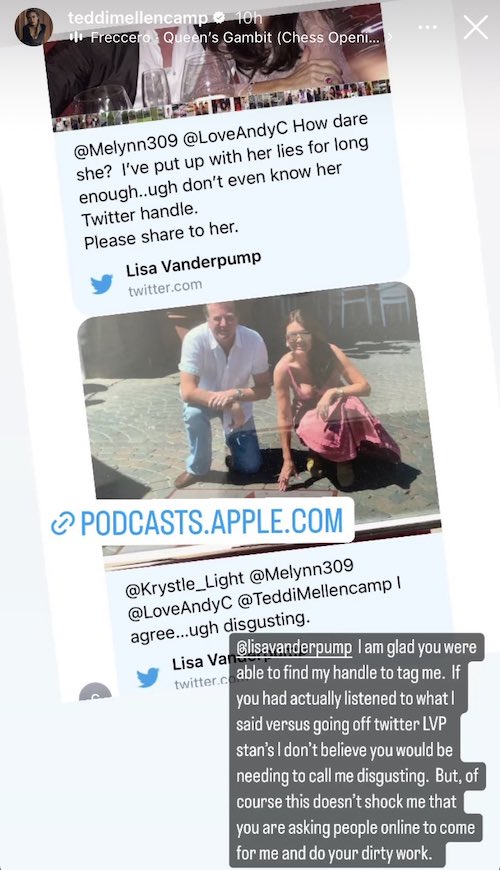 The Real Housewives of Beverly Hills season 12 airs Wednesday at 8/7c on Bravo.