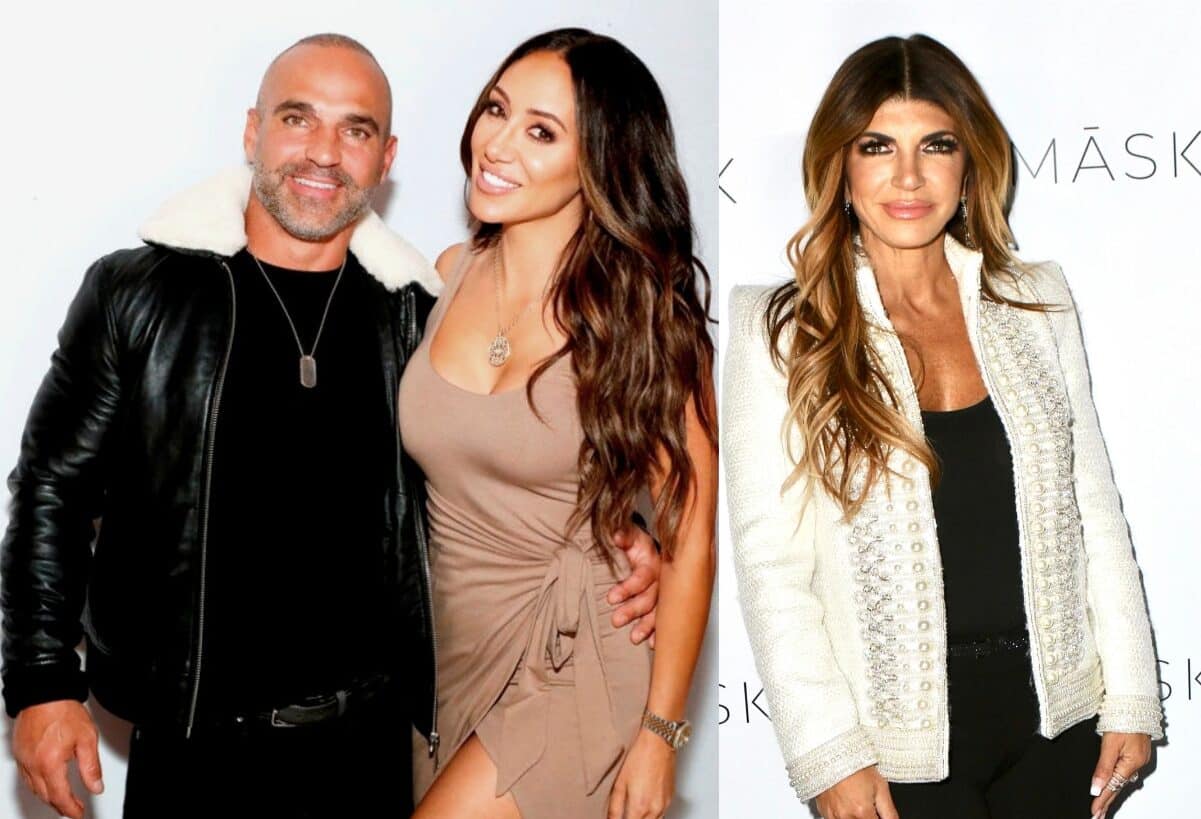 Joe Gorga took to his Instagram page over the weekend to share a very telling post about “revenge” and “rotten fruit” amid his ongoing feud with sister Teresa Giudice.

Just days after Teresa revealed she has no plans to reconcile with Joe and his wife, Melissa Gorga, after allegedly pushing for false rumors about Melissa’s supposed cheating to be revealed amid filming on the upcoming 13th season of The Real Housewives of New Jersey, Joe made it clear he’s not seeking revenge.

And shortly after sharing the post, which was not addressed to anyone in particular, a woman named Vanessa Reiser, who’s the ex-fiancée of Teresa’s new husband, Luis Ruelas, reshared the message to her own page. She also tagged Joe in the process. 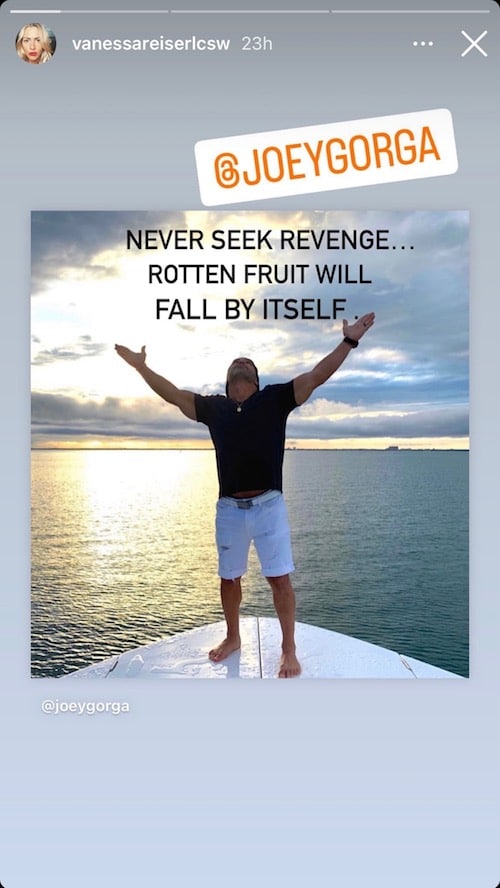 As RHONJ fans may recall, Vanessa is the ex who filed a lawsuit against Luis following their split in 2020, which has since been settled (although the details of their settlement are unknown). The lawsuit accused Luis of becoming extremely angry if his sexual needs weren’t met.

“He demanded that I be available for sex whenever he wanted,” she alleged in court documents. “If I objected to his demands, Luis Ruelas would punish me. He would be nasty, withdraw from me, and blame me for what happened.”

Joe’s post comes amid ongoing tension between himself and Teresa, whose August 6 wedding he did not attend.

While Teresa has said that she is not open to the idea of making amends with Joe and Melissa after their season 13 blowout, the RHONJ couple was softer with their sentiments about the future during a chat with Us Weekly at last month’s MTV Video Music Awards.

After acknowledging that the cheating rumors tested their marriage, with Joe saying, “It’s been tough,” Melissa admitted she doesn’t know what the future holds for them and Teresa.

“We don’t know. That’s a very long answer,” she noted.