Lisa Rinna Claps Back at Kathy Hilton’s RHOBH Reunion Claims, Says She Was “Doing [Her] Job” by Calling Out Ex-Costars, & Shares Support for LGBTQ Community Amid Slur Drama 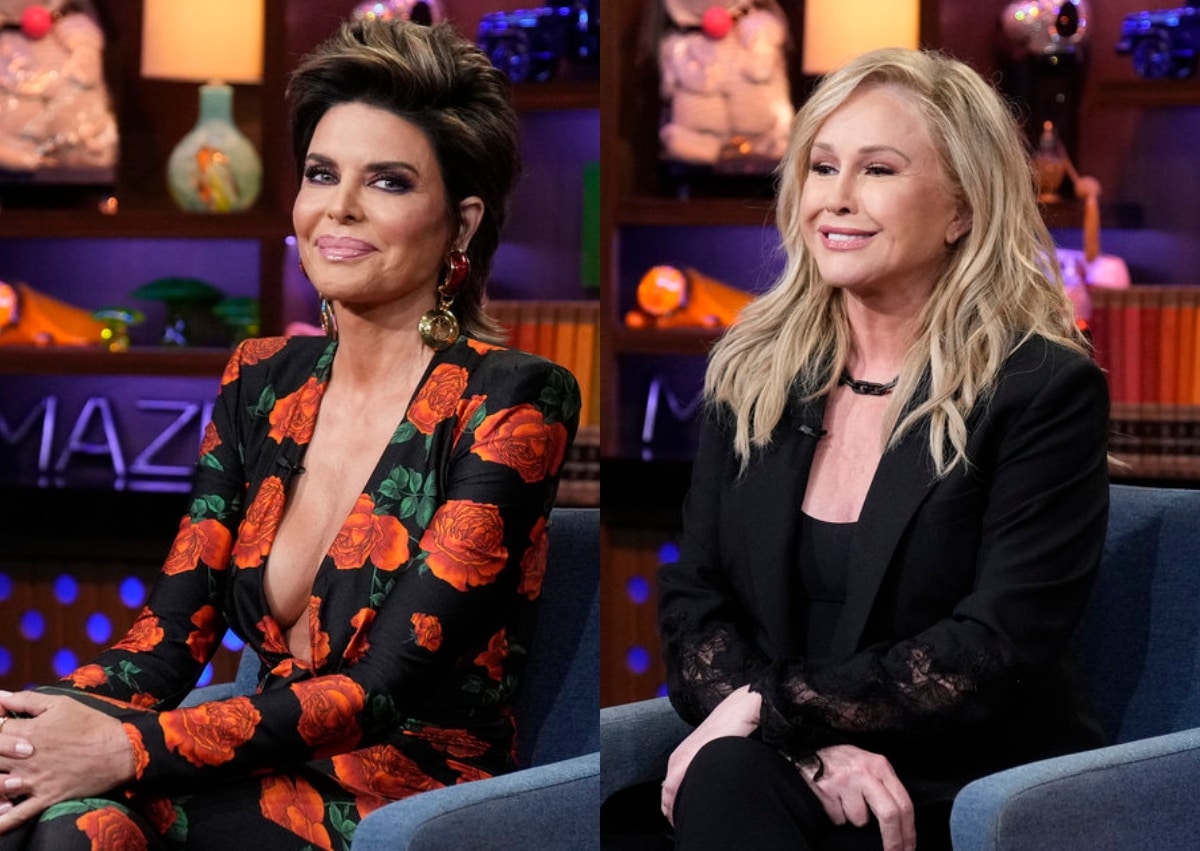 Lisa Rinna believes that when it comes to her feuds with past cast members on The Real Housewives of Beverly Hills, she was simply “doing [her] job.”

After Kathy Hilton slammed her as the “biggest bully in Hollywood” and reminded her of the many women she’s run off the show, including Lisa Vanderpump, Camille Grammer, Kim Richards, and Denise Richards, at the reunion, Lisa took to her Instagram page, where she reacted to a post about her “many victims.”

“Just doing my job folks. Just doing my job. Calling out their bullsh-t one cast member at a time,” Lisa wrote as Sutton Stracke, Garcelle Beauvais, and Yolanda Hadid were also named as “victims.” 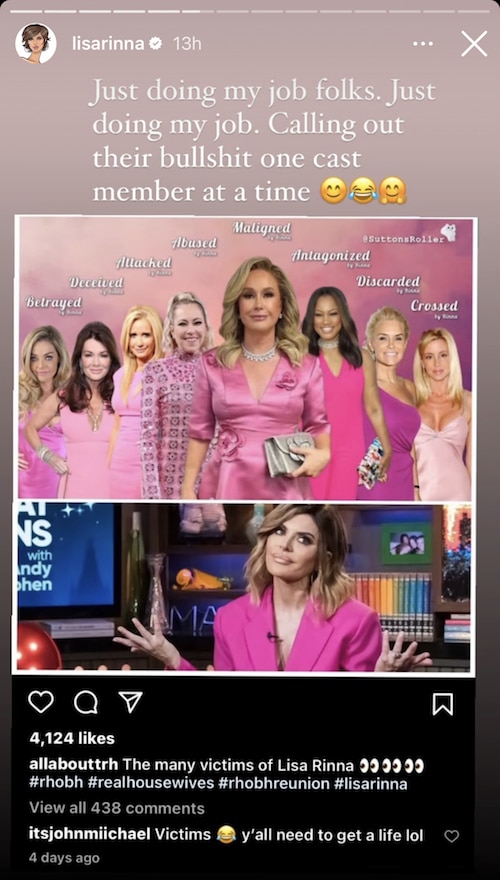 Lisa also shared a message of support for the LGBTQ community on her Instagram Story after her co-star, Kathy, was accused of using a gay slur.

“I stand with and support the [LGBTQ] community always and forever,” she captioned her post, which featured a photo of a rainbow flag. 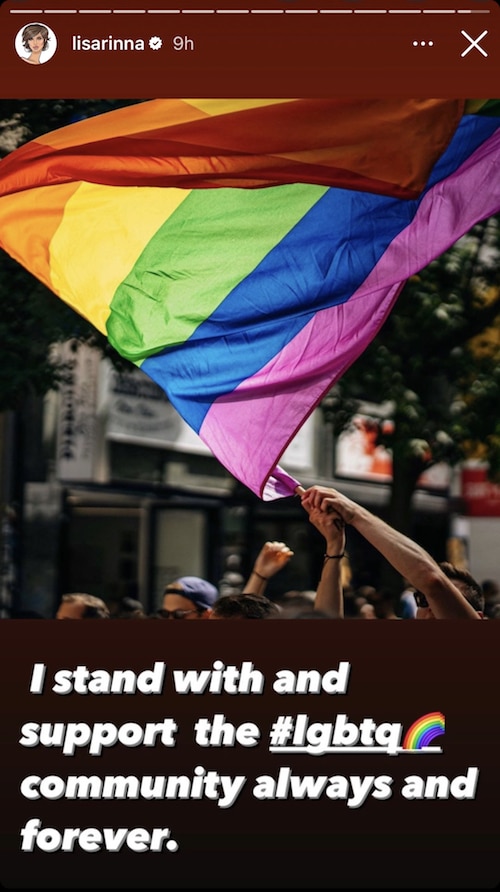 As RHOBH fans saw on Wednesday, Erika Jayne accused Kathy of calling the DJ of the Aspen nightclub where she suffered a meltdown an “old, white f—–,” which Kathy denied.

“Erika Jayne [and] Kathy Hilton are not on speaking terms after Erika Jayne revealed a stunning allegation against Kathy Hilton in the fallout of their cast trip to Aspen, Colorado,” Real Housewives News revealed earlier this year, shortly after the reported incident took place. “Erika alleges that Kathy made a harsh slur against an employee off-camera.”

“Kathy never faced Erika after she made the accusation and ceased filming with the group afterwards,” the source added.

Months later, Kyle Richards said on the RHOBH: After Show that she and Kathy got back in touch amid their feud, which was prompted by claims Lisa made in regard to Kathy’s statements about her, after a “damaging lie” was told about her sister.

“It’s one thing to say what really happened and another thing for people to be creating and inventing things that my sister said that can be very damaging and that actually weren’t true. So that was really stressful,” Kyle admitted. “I really had to like forget about what happened with my sister and all the ladies and put it aside.”