Home Real Housewives Of Salt Lake City News RHOSLC’s Heather Gay on If She and Whitney Spoke at BravoCon, Her Apology, and Lisa Rinna Supporting Her, Plus Who’s Having the Most Marital Issues

RHOSLC’s Heather Gay on If She and Whitney Spoke at BravoCon, Her Apology, and Lisa Rinna Supporting Her, Plus Who’s Having the Most Marital Issues 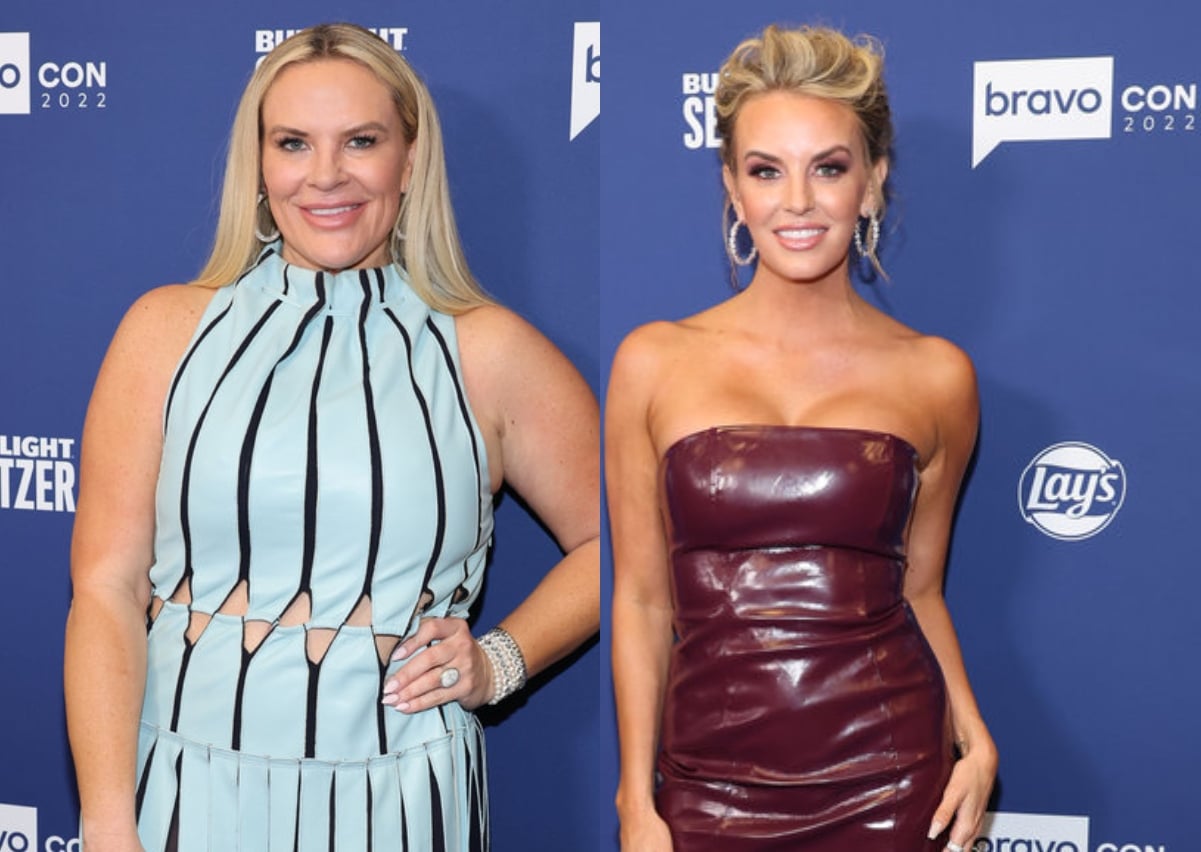 Heather Gay and Whitney Rose recently attended BravoCon in New York City. But did they interact?

During Wednesday night’s episode of Watch What Happens Live, the Real Housewives of Salt Lake City cast member addressed her ongoing feud with her cousin, Angie Harrington‘s role in the Lisa Barlow rumors, her highly-criticized friendship with Jen Shah, and more.

“BravoCon was really rough for us,” Heather shared on the October 26 episode of WWHL, confirming she and Whitney did not interact at the event.

Heather also said that their time on the RHOSLC panel was strenuous.

“It felt like a reunion and I saw my ugly reunion behavior raise its head again. It’s like the Super Bowl for me or something. I just get into it. [And] I don’t know how to stop,” she admitted.

While she and Whitney aren’t in a good place today, Heather does regret accusing Whitney of making their visit to Scottsdale about herself after she opened up about her childhood trauma.

“I totally regret like… [It] just felt like, really mean,” she confessed. “Seeing it play back and seeing how raw she was and seeing that she was conflating the two issues. I was really clear what I was upset about but it was muddled for her and I felt terrible that she thought I was not being sensitive to her pain.”

Following the drama, Heather offered an apology to Whitney. But unfortunately, she didn’t think it was sincere.

“It makes me sad. It’s absolutely sincere and I feel horrible about the state of our relationship,” Heather insisted. “I’m trying desperately to be supportive but also stand my ground a little bit and it’s kinda a hard path to walk.”

When a virtual fan wanted to know why Whitney pulled her aside a few episodes ago to tell her about what Angie had said in regard to the “favors” rumors about Lisa if she was so sure she was there for the discussion, Heather admitted to grappling with the same question.

“That’s what I keep going back to, like, in that bedroom, in that house in Arizona, she should’ve said, ‘Well, you remember. We laughed and talked about it at the Jazz game.’ But she was telling me and I was eating it up, as I would have had I heard that nugget back then,” she stated. “Good point. Thank you.”

Heather then said that Lisa should’ve given Angie H. a chance to defend herself against what Whitney was saying about her role in the rumors.

“I want Angie H. and Lisa to talk. They were friends for 20 years and Lisa’s friends with Whitney now. That’s what she’s got. So she needs to like, expand a little bit I think,” she reasoned.

Moving on to some Real Housewives of Beverly Hills-related topics, Heather admitted she’s “split” when it comes to Lisa Rinna‘s meltdown allegations against Kathy Hilton.

“I would love to see a Kathy meltdown and I think Lisa tries to tell it like it is so it’s probably somewhere in the middle,” she said.

As for what surprised her most about the RHOBH reunion, Heather replied, “[Erika Jayne]’s vulnerability in those moments and also kind of [Andy Cohen‘s] straight-shooting talk with Erika, everyone kind of trying to help her see why her position wasn’t landing and I think there was a moment of understanding where we saw why she was so strong.”

Heather then said that she loves Rinna.

“Rinna [was] a support to me when I was getting really trolled for being supportive of Jen’s situation,” Heather revealed. “She reached out when she didn’t need to and she was really comforting to me and kinda said, ‘You’re gonna get it but be a friend first.’ So I just appreciated that about her and I’ll never forget it.”

“I think people see kinda the highs and the lows and they don’t really see that it’s just, you know, I’m working on boundaries and she’s working on treating me better too,” Heather continued of her relationship with Jen. “We’re just growing, and the truth is, she’s in a tough spot. This is not the time to work on our friendship. This is the time just to show up.”

Also on the live broadcast of WWHL, while playing a game, Heather revealed she believes Lisa and Jen are the RHOSLC cast members with the “most marital issues,” said Whitney will have the “toughest time” at the reunion,” and noted that she has most dirt on the other ladies.

During the WWHL: After Show, Heather was questioned by a fan who wanted to know who she thought was the most attractive Bravolebrity at BravoCon.

“I mean, everyone on Southern Charm just slayed me, Summer House. Southern Charm. They’re tall and they’re just so alpha-backward. I love it,” Heather explained. “I shared a barbecue chicken pizza with [Shep Rose] and I was on a panel with [Austen Kroll] and he slipped into my DMs when he saw what I would do for a burger.”

“I’m not saying anything. I’m just saying, he appreciated that, I think,” she clarified.