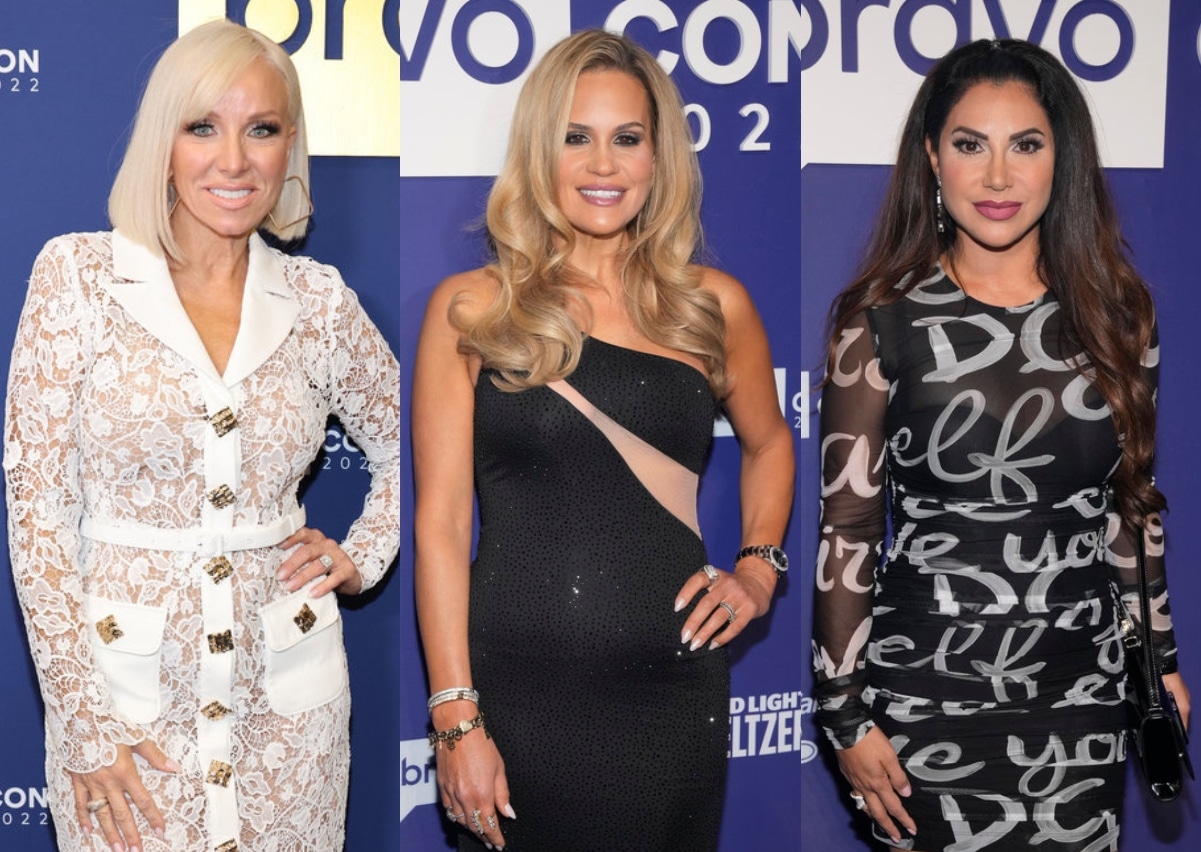 Jackie Goldschneider and Margaret Josephs are speaking out about Jennifer Aydin‘s verbal dispute with the Gorgas at BravoCon.

After it was revealed that their Real Housewives of New Jersey co-stars were involved in a heated spat in the lobby of New York City’s Gansevoort Hotel, during which Jennifer threw a drink at Joe Gorga, the ladies expressed their “disappointment” with Jennifer at the Gabrielle’s Angel Foundation’s Angel Ball.

“I’m not shocked that Jennifer Aydin threw a drink. I was shocked that it happened at BravoCon because I feel like that should be about the fans,” Jackie told Us Weekly on October 24.

According to Jackie, she believes Jennifer should have had better discretion, especially considering cameras weren’t rolling.

“We’re not filming the show. You don’t have to get dirty, so you know, I think it’s unfortunate,” she explained. “I wish it didn’t happen because I think it reflects poorly on the New Jersey cast, but I would hope that the rest of the time everybody just had fun.”

As for Margaret, she agreed that BravoCon should have been “a place for positivity and fun” for fans.

“That she let it get to that level was a disappointment,” she said. “And I think the words that she threw around that she was a victim, she was alone, it was a very crowded lobby — that’s a dangerous rhetoric to put out there, so I don’t agree with it.”

According to reports, Jennifer acted out against Joe after Melissa Gorga said some shady things to her, throwing her drink and hitting Joe, per Us Weekly.

“I think words are very different than physical action. Things happen on camera. I mean I’ve been known to throw a drink, but that is on camera and when we’re not in the general public. This was a positive experience,” Margaret continued. “Negative words were exchanged on panels. The Real Housewives of Salt Lake City had an argument on a panel — it didn’t have to get to that level. And to say [Jennifer] was intimidated or frightened is absolutely ridiculous. There were security guards there and she was the one being held back.”

She also claimed Jennifer “twisted the narrative” and made “the show look bad.”

Us Weekly went on to note that Bravo was “not happy” with the ladies’ encounter.

“Bravo PR did their best at keeping the split sides apart throughout the weekend but what happened outside of BravoCon was out of their control,” their source shared.

The Real Housewives of New Jersey season 13 is expected to premiere on Bravo in early 2023.