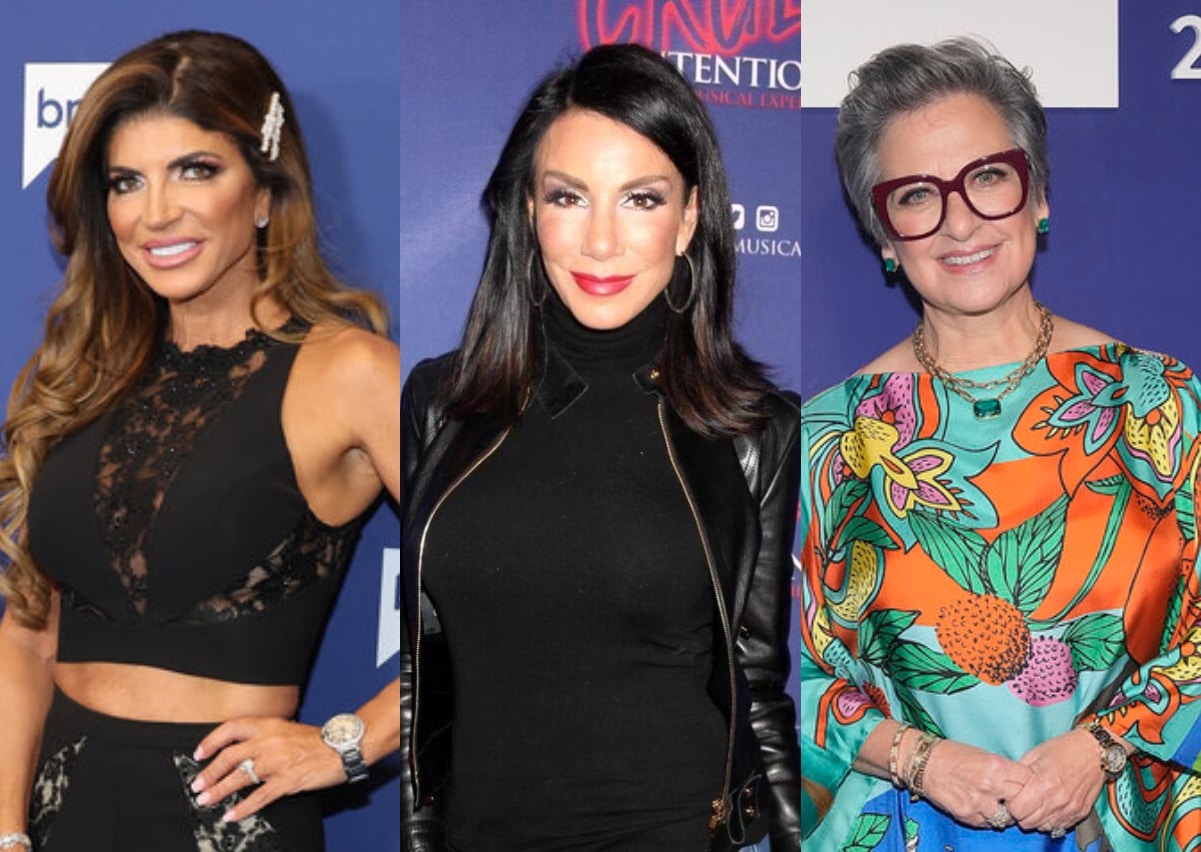 Teresa Giudice offered an update on her relationship with Danielle Staub on her podcast on Wednesday.

Before looking back at her “Squash That Beef” segment with Caroline Manzo at BravoCon, accusing her former Real Housewives of New Jersey co-star of using her for attention, and shading Vicki Gunvalson‘s status as an OG, Teresa, who also discussed her recent wedding to Luis Ruelas, revealed she got a text from Danielle after selecting her to return to RHONJ over Caroline on an earlier episode.

“Danielle texted me. She said, ‘I heard you’ve been saying nice things about me out there,’” Teresa revealed on the October 26 episode of Namaste B$tches, titled “Spilling the BravoCon Tea,” noting that she told her, “I always have,” and saying she doesn’t want to “keep going around in circles” with her former friend.

When Teresa was then asked about Caroline’s past disses, Teresa said she “wants attention.”

“I guess she didn’t get attention growing up. So maybe she’s trying to get it from me. It’s not gonna happen,” Teresa vowed. “She can get attention from her husband. I never bring up her name. Obviously, she brings up my name because she wants some kind of attention.”

While Teresa confirmed she and Caroline “didn’t squash [their] beef” at BravoCon, she said she ran into Albie Manzo and described him as “very respectful.” She also said she learned that she and Caroline would be set up for “Squash That Beef” when she arrived at the event.

“I thought that was really nice that I was told because, you know, I like that I had the heads up,” she explained.

“I don’t get it. There’s no beef to squash,” Teresa continued of her status with Caroline. “I haven’t seen her since the Super Bowl commercial. And when we filmed the Super Bowl commercial, we were both professional about it, and that’s it. To tell you the truth, Caroline and I were never real friends. I always respected her because she was [Dina Manzo]’s sister. That’s about it.”

Teresa went on to accuse Caroline of attempting to form an alliance with her nemesis, Melissa Gorga, amid one of their many feuds on RHONJ.

Moving on to a more positive topic, her wedding, Teresa admitted that she didn’t want to film it at first.

“I was scared, and I didn’t want any drama at my wedding. I wanted it to be about Luis and I because at the end of the day, it’s about us,” she reasoned. “I was nervous about filming it, but somebody said to me, ‘Your fans want to see your happy ending.’ [So] I did it for the fans.”

Teresa also addressed her BravoCon drama with Vicki on the episode, saying she didn’t take much offense to the Real Housewives of Orange County cast member calling her the “most overrated” Housewife.

“I didn’t even take it as a bad compliment because she said she got asked a question, and she said I was the first one that popped up in her head. When she was on stage, when we were filming Watch What Happens Live, and she said, she’s like, ‘Well, I think Teresa’s a wonderful person,'” Teresa revealed. “She said nothing bad about me… So I wasn’t gonna go back at her and say anything negative because again, I feel like we are a Bravo family, and we should all be lifting each other up.”

But just as she proclaimed that the women of the Bravo franchise should not be “tearing each other down,” Teresa added, “She’s also an OG, the only difference is, is that I’m still on television, she’s not.”