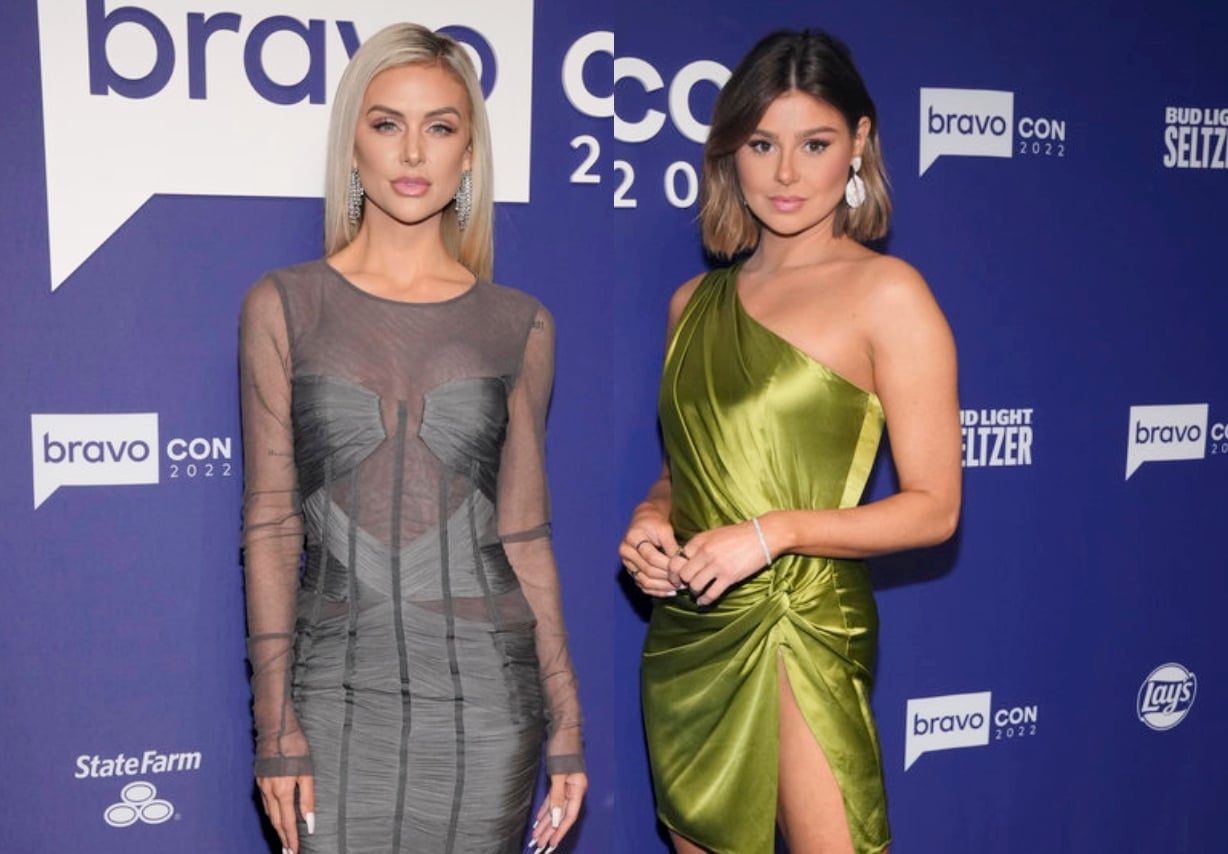 Lala Kent took a shot at Raquel Leviss‘ intelligence during a recent episode of her podcast, Give Them Lala.

After being questioned about her thoughts on Raquel’s suggestion that she actually “ships” the idea of her rekindling her past spark with her former fiancé, James Kennedy, the Vanderpump Rules star took the opportunity to shade her co-star while also dishing on how Katie Maloney felt about potential run-ins with their castmates at BravoCon.

“Things aren’t firing up there for [Raquel] so nothing that comes out of her mouth is strange to me because I’m like, this tracks. This absolutely tracks,” Lala explained to listeners, as heard in an audio clip shared on Reddit.

Lala then noted that when it came to Katie, she did not want to cross paths with Raquel, who has been linked to her ex-husband, Tom Schwartz, in recent weeks, “at all.” And Raquel wasn’t the only one Katie was dodging.

“Katie could not be around Raquel at all. Katie didn’t want to be around Scheana, like, but there weren’t altercations. It was more of just talking mad shit behind the scenes, which I know that all of us do,” Lala explained.

As Pump Rules fans well know, Tom and Raquel’s alleged romance was a hot topic at BravoCon earlier this month. And at one point, after Raquel said she shipped a reunion between Lala and James, James called her out for making out with not just Tom but also Peter Madrigal.

“Now she says that after she’s made out with Peter and Schwartz,” he noted.

Also at the event, during a chat with E! News, Tom admitted he and Raquel have “a connection.”

“Me and Raquel have gotten much closer. I have a great appreciation for her. I’ve gotten to know her, and I’ve gotten to see all these different facets of her personality I didn’t know existed,” he explained. “I didn’t realize how f-cking funny Raquel is—and witty.”

Earlier this week, on an episode of her own podcast, You’re Gonna Love Me, Katie admitted to being annoyed by the statements Tom and Raquel made about their past flirtations on their Pump Rules panel at BravoCon.

“That sh-t is really annoying when they are like ‘I don’t know, maybe we might kiss because we flirt all the time because that’s the kind of friendship we have,’” Katie shared. “I’m like shut up.”