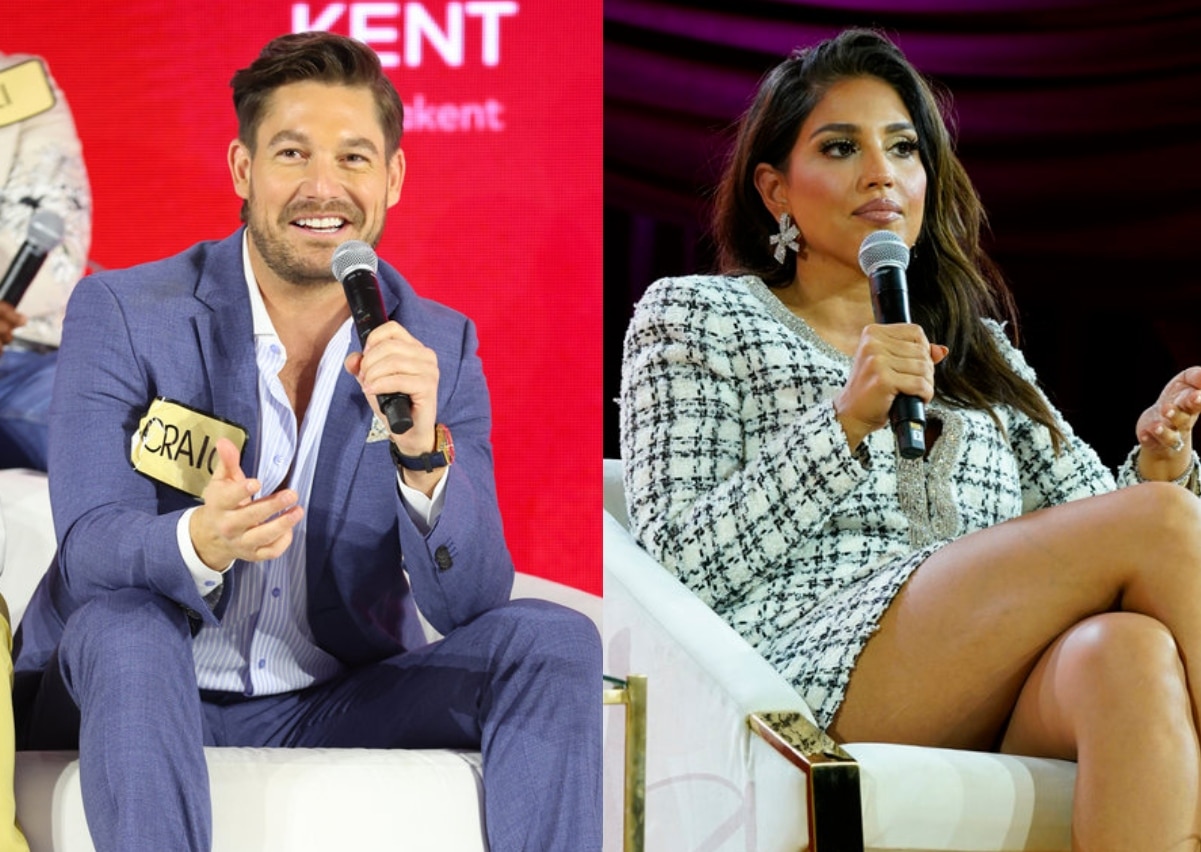 Craig Conover is clapping back at Leva Bonaparte for claiming he’s changed since the start of his relationship with girlfriend Paige DeSorbo.

After Leva insinuated he’d changed for the worse amid their Southern Charm feud, Craig suggested Leva was an online bully as he opened up about how he and Paige were tested amid Winter House season two, revealing if he’ll give Naomie Olindo a heads up if he proposes to Paige, and sharing who he wants to see on Winter House season three.

“I have grown a lot since I’ve started dating Paige, and I definitely like myself better now,” Craig said during an October 29 interview with Us Weekly in response to Leva’s diss. “I changed for the better, and you get to see that change really starts on Winter House.”

“I think anyone that says mean stuff about other people on the internet is a bully, and I think it’s embarrassing, and I just, I think it’s unfortunate,” Craig continued of his co-star and former friend. “All you can do is focus on yourself, and the last thing you’ll see me and Austen do is go out of bounds on our shows and talk sh-t about people. I hope the best for [everyone].”

“Craig has changed in a lot of ways,” he confirmed. “I can tell that he wants to be better for [Paige]. And it’s like, [he’s] growing up.”

He’s even open to a reconciliation with Leva, saying that he’s “still unaware and confused” about her issue but is “ready to hug her whenever she is.”

As for his relationship with Paige, Craig admitted he knew their time together on Winter House would be a “tell” for their future.

“This was gonna tell us whether we were gonna have a future or not. Long distance for us is easy-peasy. We love it. We get the best of both worlds. But to take two people that date long distance and essentially live together for three was definitely gonna be a tell,” he explained.

That said, Craig was “pumped” and “excited” to take that step.

Although Craig admittedly drank a lot when he first arrived in Vermont, noting that he was under stress because he’d just gotten done filming Southern Charm and Summer House had begun airing, he developed “better ways to deal” with his stress throughout his visit.

“Fortunately, I feel like I’m in a lot better place than I was back then,” he stated.

One particularly tense moment of the second season of Winter House involved Craig and Luke Gulbranson, who he felt had crossed the line with Paige.

“It was a bar fight, and that stuff happens, just ours are captured on camera. I have a lot of conviction when it comes to girls’ and guys’ relationships, and something happened that I didn’t agree with,” Craig explained. “It had nothing to do with me and Luke having personal feelings about each other.”

While Craig faced a road bump with Luke, he had tons of fun filming with Vanderpump Rules‘ Tom Sandoval and Tom Schwartz, who joined the group for just a few nights.

“It was awesome… I love the Toms,” Craig confirmed. “And it just so happens in this crazy world that we live that it was the perfect time for [Schwartz] to get away.”

Prior to traveling to Vermont to film, Schwartz split from his wife, Katie Maloney, after 12 years.

“Austen can’t get enough of Sandoval’s personality and larger-than-life persona, and me and Schwartz just connect a lot, so I actually wanted them to stay the rest of the trip, but he had to get back, so I think it was good for [Schwartz], and you get to see the beginning of that unfortunate circumstance… It was a breath of fresh air,” Craig revealed.

When Craig was then asked if he’d give Naomie advance notice prior to an engagement announcement, which was a point of contention between Austen and Madison LeCroy last year, Craig said he would not.

“Naomie and I live very separate lives now,” he explained.

As for who he’d like to see on Winter House season three, Craig named Stassi Schroeder and Beau Clark.

“I’d love if Stassi and Beau came. I think if [Shep Rose] and [Taylor Ann Green] were still together, that would’ve been great for them to pop in… and the Toms could’ve been there the whole time,” he said.

“I think adding another person from our show next year would be a lot of fun it’s just a question of who. [And] I mean, the Toms have to come back,” Austen added.