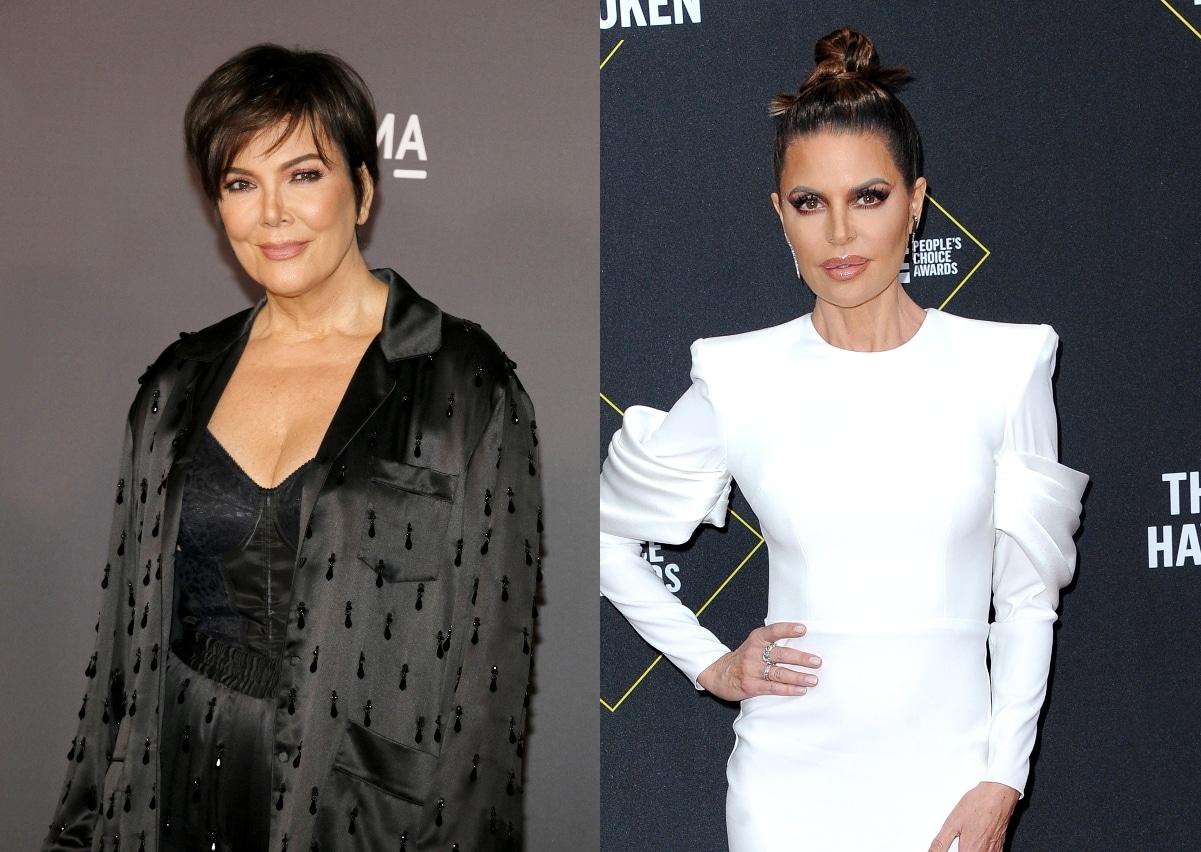 Kris Jenner seemingly gave a shoutout to Lisa Rinna on her Instagram Story over the weekend after the Real Housewives of Beverly Hills cast member appeared to have sent her flowers for her 67th birthday. However, in her post, Kris might have hilariously misspelled her longtime friend’s name.

Weeks after Lisa, 59, was seen feuding with Kathy Hilton, 63, another close friend of Kris, on season 12, and name-dropping her daughter, Kendall Jenner, 27, amid a tequila feud, Kris thanked “Rina” for the kind gesture.

“Thank you Rina!!” Kris wrote in her post, as seen in a screenshot shared by Faces by Bravo on Instagram on November 6.

“Not ‘Rina,'” the fan page proclaimed. 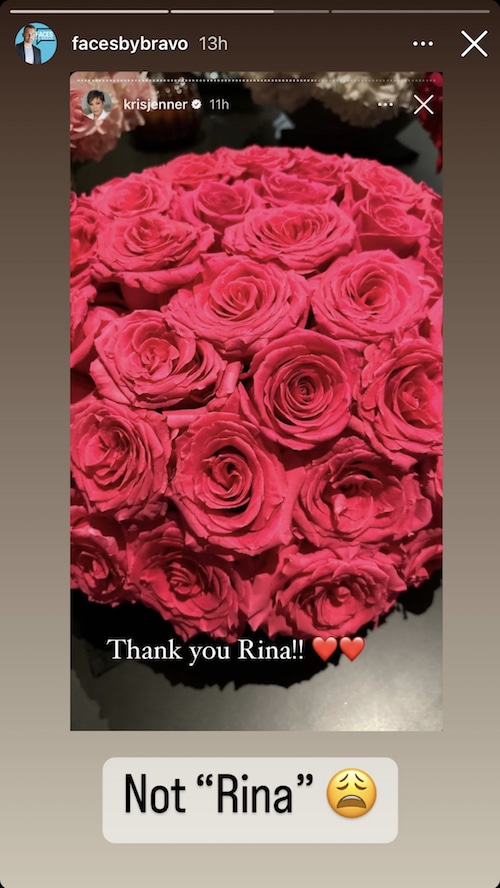 It’s not exactly clear if Kris might have been thanking another friend named “Rina” as she didn’t tag anyone in the post.

Meanwhile, Kathy was in attendance at Kris’ birthday bash over the weekend.

As RHOBH fans will recall, Kris was brought into the drama of season 12 not only after Lisa turned down Casa Del Sol tequila, which Kathy has invested in, and chose to instead drink the tequila brand of her “friend” Kendall, Kris’ second youngest daughter, but also when she accused Kathy of being “so jealous” of Kris’ famous family.

“It makes me believe that my ordering the Kardashian-Jenner tequila brand is what set her off,” Lisa said on the show. “Because Kathy is so f-cking jealous of the Kardashians.”

Although Kris never directly addressed the drama that went down on the show in regard to the dueling tequila brands, she confirmed she was supportive of Kathy when she shared a series of heart emojis in the comments section of a photo of Kathy’s RHOBH season 12 reunion look.

Last month, while appearing on an episode of Watch What Happens Live, another one of Kris’ friends, Kyle Richards, 53, said that while she’s spoken to Kris in recent weeks, they haven’t discussed anything pertaining to the events of the series.

“I texted with Kris but it wasn’t about that, nothing to do with the show,” Kyle clarified. “[The tequila drama] wasn’t mentioned,” she confirmed to host Andy Cohen.

And also on the show, Kyle added that she’s “never” heard of Kathy being jealous of the Kardashians.