Home Real Housewives of Beverly Hills News RHOBH’s Kyle Richards on If Lisa Rinna Was Behind Leaks, Her Online Attacks on Kathy, and Where Mo Was Amid Meltdown, Plus Shades Camille and Talks Kris Jenner

RHOBH’s Kyle Richards on If Lisa Rinna Was Behind Leaks, Her Online Attacks on Kathy, and Where Mo Was Amid Meltdown, Plus Shades Camille and Talks Kris Jenner 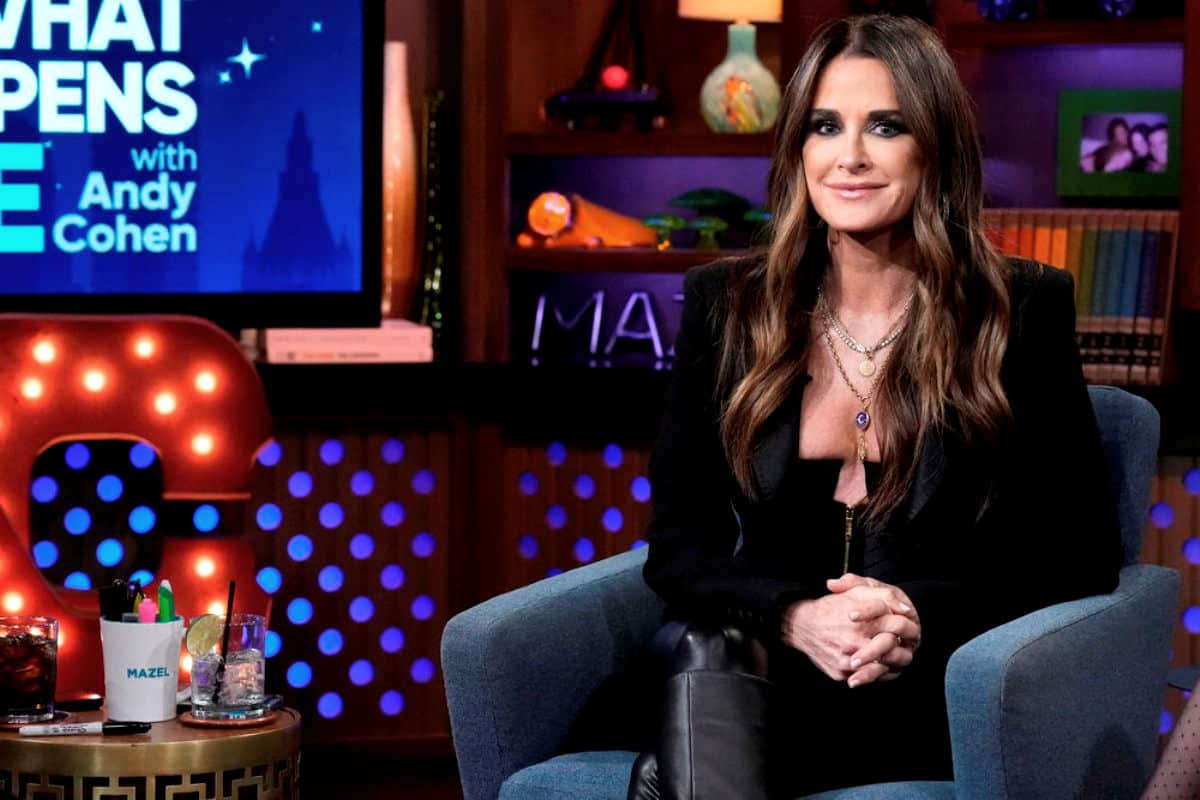 Kyle Richards appeared on Wednesday night’s episode of Watch What Happens Live, where she opened up about the leaked stories of The Real Housewives of Beverly Hills season 12.

In addition to shading Camille Grammer for her ongoing online chatter about the show, revealing if she’s spoken to Kris Jenner since the tequila drama outbreak, and offering an update on her December 2017 robbery, Kyle was asked if she’s willing to consider that Lisa Rinna has been behind the leaks all along, especially since so many stories were shared by Radar Online.

“From all the years past? No, I’m not willing to consider that. But I do think there were a lot of people speaking this season, for sure,” Kyle said on the October 12 episode of WWHL.

Although Kyle doesn’t believe Lisa is guilty of leaking stories, she does take issue with her many social media attacks on sister Kathy Hilton.

After Kyle confirmed she has had conversations with Lisa about her targeting of her sibling, noting, “Every time something like that happens like that between the two of them, it affects my relationship with my sister,” Andy Cohen pointed out that the situation was much like the drama she faced with Lisa and Kim Richards years ago.

“Exactly. And I learn from that. And I [said], ‘Anything that happens with my sister affects me and my relationship with her. So if you care about me at all, please,’” Kyle shared. “Because it’s really hard to have another sister and another issue.”

Andy then asked, “Does that help?” And Kyle admitted that she isn’t so sure.

“I don’t know because I just saw something again recently, so I guess not,” she admitted.

When Kyle was then questioned about where her husband, Mauricio Umansky, was amid Kathy’s meltdown in Aspen, which was witnessed only by Lisa, she explained he was sleeping on the top floor of their $9.75 million home.

“He was sleeping and we never talked about that. That’s right! He was asleep in our bedroom,” Kyle recalled of her husband, who is a heavy sleeper. “They were also staying downstairs and we were on the top floor… He was sound asleep.”

As for Camille, Kyle was confronted with a tweet her former RHOBH cast member shared in which she asked if Lisa and Erika were deflecting by pretending to be concerned for Kyle or if they secretly wanted to take her down.

“[It was] probably a little bit of both, maybe. But Camille is just like, literally has to weigh on every little crumb, doesn’t she?” Kyle mentioned, in a dig at her ex-co-star.

Moving on to her claims of Erika Jayne’s publicist leaking stories about Kathy’s meltdown, Kyle couldn’t say what specific “proof” she has to back up her statements. Instead, she gave a nod to the “investigations” that went on and said there were others involved.

“There had been some investigations going on. There was other stuff too as well, by the way, other people involved in that, not just what I was told. So I mean, I’m gonna leave it at that because that’s going to be their battle, not mine,” she replied.

Then, when a viewer wanted to know if she feels differently about Lisa’s past attacks on Lisa Vanderpump, Yolanda Hadid, and Denise Richards now that she’s seen her treatment of Kathy, Kyle confessed that she’s never thought about it “like that.”

“We all get put in really difficult situations over these years so I hadn’t really thought about that, honestly,” she said. “This has been completely, for me, a much more difficult situation than any of those, obviously, because it affected my family and me so it’s hard for me to be objective.”

“This was a really hard season with all that that happened,” she added.

On the WWHL: After Show, Kyle was asked about her recent communication with Kris.

“I texted with Kris but it wasn’t about that, nothing to do with the show,” Kyle clarified. “[The tequila drama] wasn’t mentioned,” she confirmed, adding that she’s “never” heard of Kathy being jealous of the Kardashians.

She then said that while she had been in contact with a man involved in the robbery of her home, she was never able to reclaim any of her belongings.

“We got a message through my husband’s sister saying he was the person that stole all the stuff from my home and they were sending pictures and he said he was arrested right after and deported,” she explained. “We were sending money, a little bit at a time, in good faith and then he kind of like, disappeared. But he really was the person because he was sending pictures of things that no one knew about.”