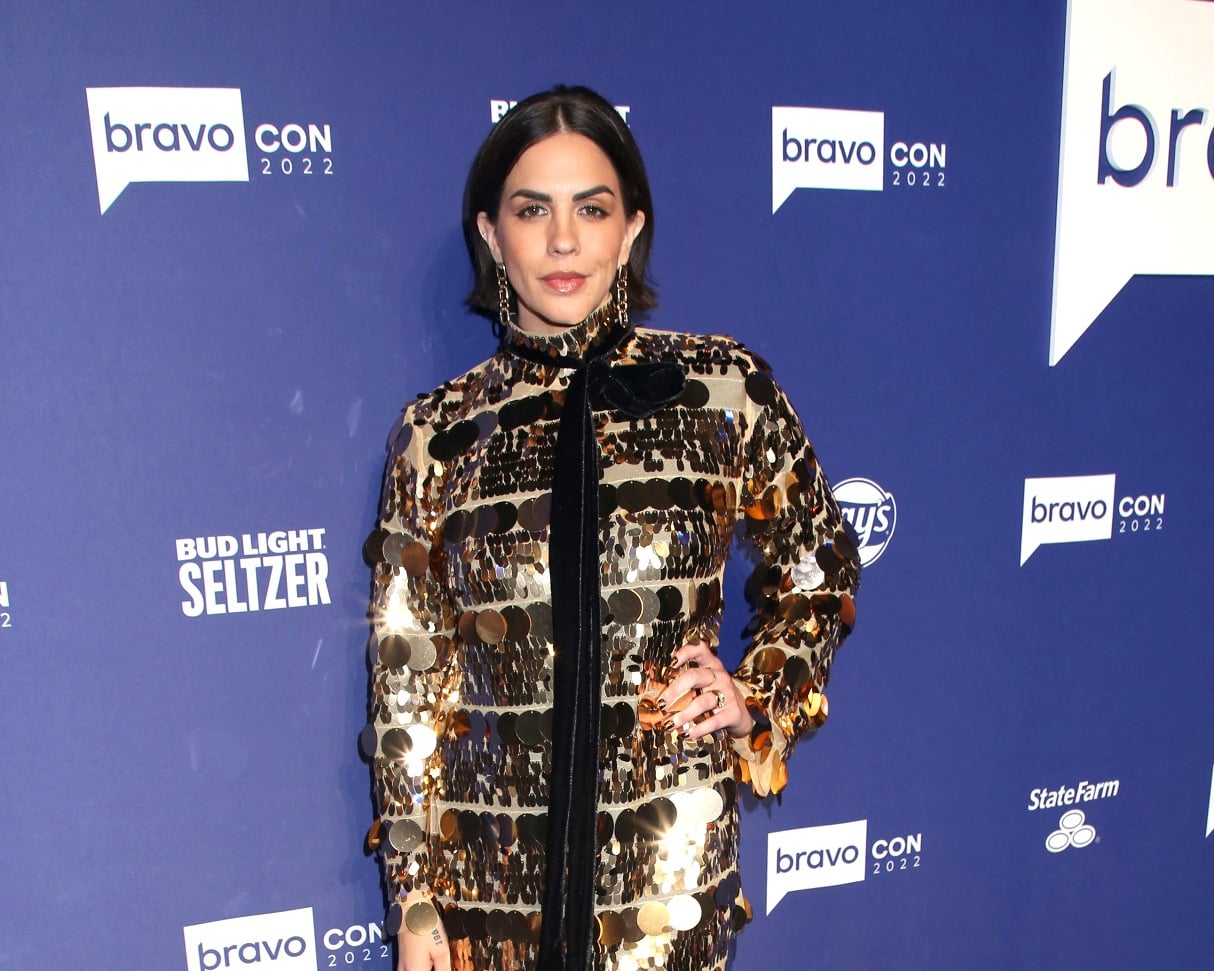 Katie Maloney reacted to Andy Cohen‘s attempt to set up her ex-husband, Tom Schwartz, with Southern Charm cast member Taylor Ann Green on a recent episode of her podcast.

Before shading Raquel Leviss as a “desperado” and “groupie” and dishing on her sandwich shop with Ariana Madix, the Vanderpump Rules star shared her thoughts on the possibility of Tom linking up with Taylor and revealed a past conversation she had with Tom in regard to dating within their friend group.

“I know he’s trying to facilitate Tom Schwartz and…what’s her name…Taylor,” Katie said on the November 11 episode of You’re Gonna Love Me, via Heavy. “I don’t know her but…she’s pretty.”

According to Katie, dating outside of Pump Rules is fair game for her and Tom. However, when it comes to dating within their show, they seemingly agreed not to go there.

“The only thing Tom and I talked about was just like, you know maybe we just don’t date within our friend group,” Katie shared. “It’s one thing when you’ve been, for the entirety of the group of friends, you’ve been a couple and married. Then to break up and started dating within that group just feels a little toxic.”

Even Katie’s guest, Summer House‘s Lindsay Hubbard, was caught off-guard by the recent rumors about Tom and Raquel, saying she was “shocked” to see Raquel wearing a TomTom hoodie at BravoCon.

“She knew you were gonna be there, she knew Tom Schwartz was gonna be there,” Lindsay stated. “I just think it was a slap in the face. Like showing up, on purpose to an event with you. What was the point of that? What kind of message are you trying to send, to show up in your ex-husband’s sweater.”

Although Katie said she didn’t know if Raquel was trying to send her a message, she doubled down on her claims of Raquel being a “fan girl.”

During another moment of her podcast, also via Heavy, Katie and Ariana’s sandwich shop was mentioned. And as she looked back on an argument with ex-boyfriend Stephen Traversie, during which she angrily asked, “How many sandwiches have you made for me,” Lindsay suggested a sandwich, potentially an Italian, be named after her.

“I feel like that should happen,” Katie agreed. “I feel like there needs to be that crossover where there’s like a Hubbard sandwich… we can get cute with it.”

As for the opening date, Katie didn’t have an exact answer.

“That’s a good question,” Katie said. “I would say as soon as possible, but we’re still working on some things. It takes a lot of work and there’s a lot of legal stuff you have to go through until the real fun starts.”

“But we have our location and we’re moving along,” she continued. “We’re fundraising, we’re doing all of that at the moment. Once we’re ready and it’s go-time it won’t take that long. It’s just getting all the preliminary stuff out of the way.”

As Pump Rules fans may have seen, Katie once teased that the shop would be in The Valley, which is in Los Angeles’ San Fernando region, but according to a photo shared by Real Vanderpump on Instagram, she and Ariana may have relocated their venue to West Hollywood, close to Lisa Vanderpump‘s SUR, PUMP, and TomTom.