REPORT: Katie Maloney is “On the Outs” With Raquel Leviss After Tom Hookup as Split Put “Wedge” Between Vanderpump Rules Cast 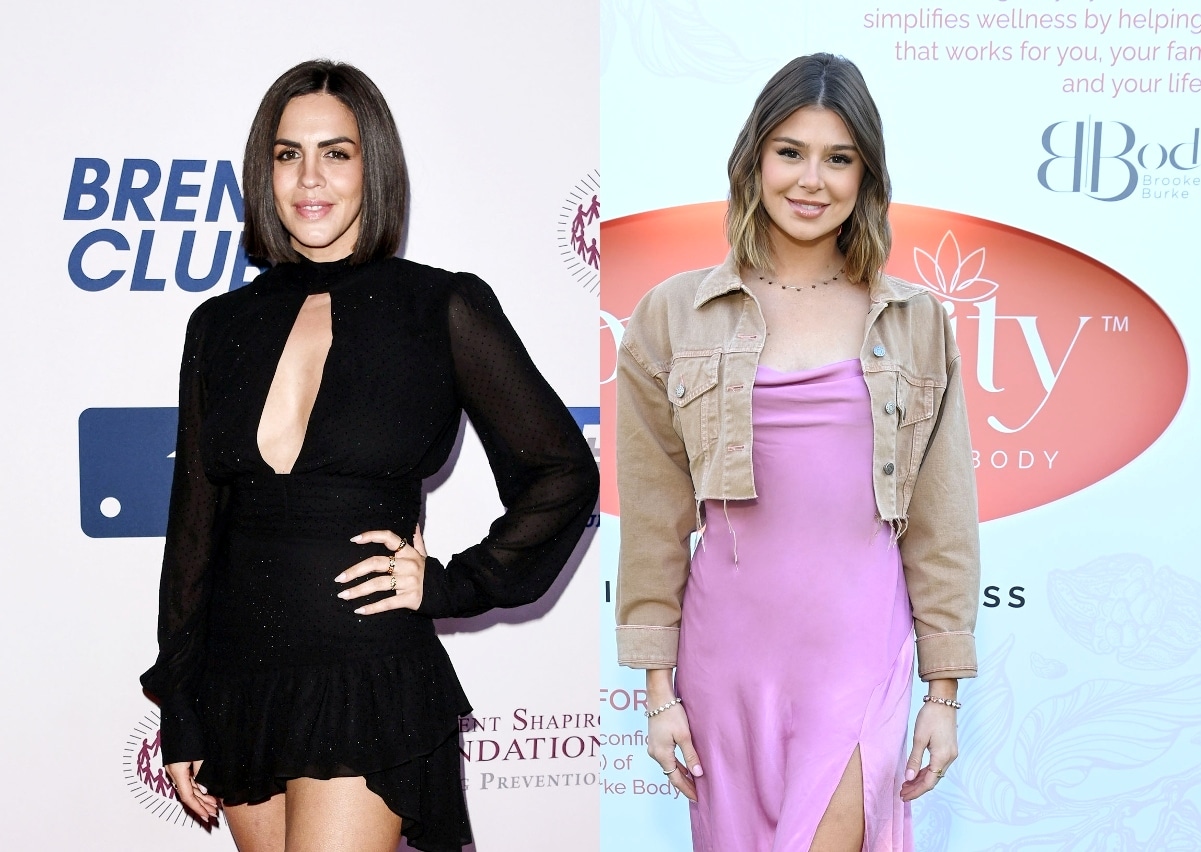 Months after Raquel and Tom reportedly “made out” and “more” amid Scheana Shay and Brock Davies‘ wedding week in Mexico, an insider claims Katie has distanced herself from Raquel as the rest of the Vanderpump Rules cast remains divided.

“Raquel and Katie are on the outs,” an insider confirmed to Us Weekly on October 27.

According to the source, Katie has expanded her friend group beyond their Pump Rules cast mates as Raquel has grown closer to Scheana.

Katie and Tom’s divorce put “a wedge between the cast” amid production on season 10, the insider noted, “especially after the hookup happened, Katie has distanced herself from Raquel.”

Earlier this month, while attending BravoCon with her castmates, Raquel admitted she was “not on the best terms” with Katie.

“I can’t speak for her, but I’m just keeping my distance and letting her work out her feelings,” Raquel told Us Weekly on October 15.

As for Tom, Raquel said the two of them were “good friends” brought together by their recent splits, including his March split from Katie and her late 2021 breakup with James Kennedy.

“I feel like [our breakups] kind of brought us together as friends, and we’ve been able to support each other. I wasn’t expecting that friendship to blossom, but I’m happy that it did.”

While Raquel and Tom spoke openly about their platonic relationship at the fan convention weeks ago, with Tom admitting that the two of them share a “connection” and praising Raquel as “funny” and “witty,” Katie, who is reportedly dating 25-year-old actor Satchel Clendenin, hasn’t appreciated their honesty.

“That sh-t is really annoying when they are like ‘I don’t know, maybe we might kiss because we flirt all the time because that’s the kind of friendship we have,’” Katie shared on the October 21 episode of the You’re Gonna Love Me podcast, via Heavy. “I’m like, shut up, first of all, you don’t, second of all, enough.”

Vanderpump Rules season 10 is expected to begin airing on Bravo sometime later this year or early next year.