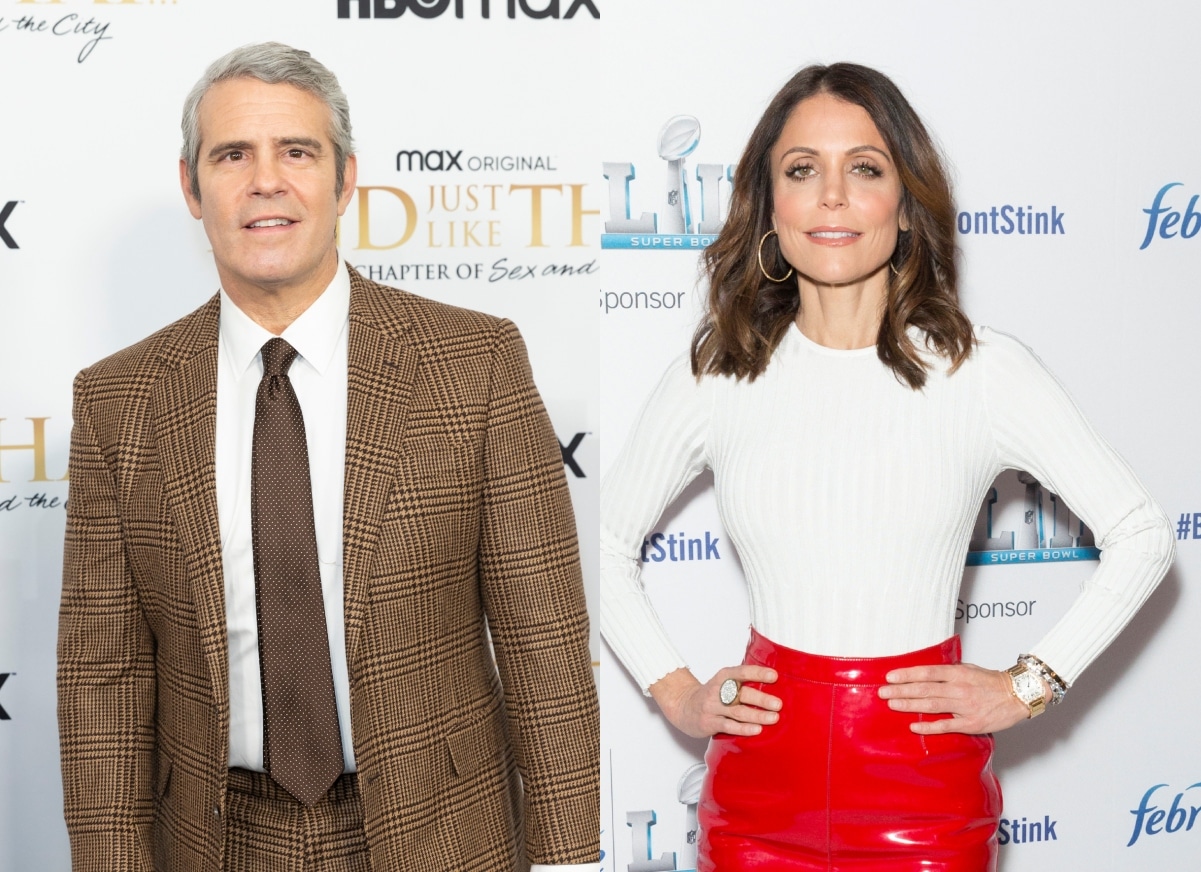 Andy Cohen continues to be confused by Bethenny Frankel’s decision to launch a ‘Housewives’ podcast, which is titled ReWives.

The Bravo host and producer initially appeared supportive of Bethenny’s podcast, but he was “surprised.”

“I was a little surprised,” he told Page Six at the time. “But again, I was like, ‘Oh, this good, good for you.’ The more ‘Housewives’ podcasts the better.”

However, he’s since slightly changed his tune and thrown shade in Bethenny’s direction.

After being asked why he was surprised to hear about the new podcast on his Sirius XM Radio Andy show, he said that he was confused as to why she spent so many years “trashing” the “toxic” Real Housewives of New York City franchise, only to revisit an experience she no longer wants to be any part of.

“I was surprised at that because she’s been trashing the show for the last three years,” Andy remarked.

“You know, she’s been talking about that it’s toxic and it’s this and every bad thing you can think of,” Andy continued. “And now she’s doing a ‘Housewives’ recap podcast!”

Andy went on to seemingly agree with his co-host that Bethenny hasn’t been on his radar for a while — he only sees her negative quotes about the show when they make headlines.

“I guess I see her quotes, especially when they are negative about the show,” he claimed.

Bethenny’s former co-stars have also spoken out against Bethenny’s podcast. Luann de Lesseps called it “pathetic,” and Carole Radziwill says she built her brand by trashing other women.

Bethenny has defended her show, explaining that she exited the show because she wasn’t “proud of it,” and it’s her story to tell.

“For those of you who don’t understand why I did it, because I get that I walked away, I didn’t want to be a part of it, it wasn’t what I thought I should be doing at my life, and I wasn’t proud of it,” Bethenny told Page Six.

Many viewers have expressed their interest in seeing Bethenny return to the series in some sort of capacity, and possibly as part of the RHONY: Legacy cast. However, Bethenny insinuated they couldn’t afford her. So, this is the best they are going to get.

Bravo and Andy have been facing difficulty within the Housewives franchises as of late. Ramona Singer announced her departure from RHONY after 13 consecutive seasons on the show, resulting in mixed reactions from fans. On top of that, after rebooting the entire RHONY cast, new cast member Lizzy Savetsky recently abruptly exited the reboot mid-filming, citing hateful antisemitic remarks and threats from fans and allegedly some of her co-stars.