Todd and Julie Chrisley Talk Legal “Nightmare” and How “Fame” Destroyed Family, Plus Savannah Discusses Being “Angry,” and Could They Keep Filming Reality Show? 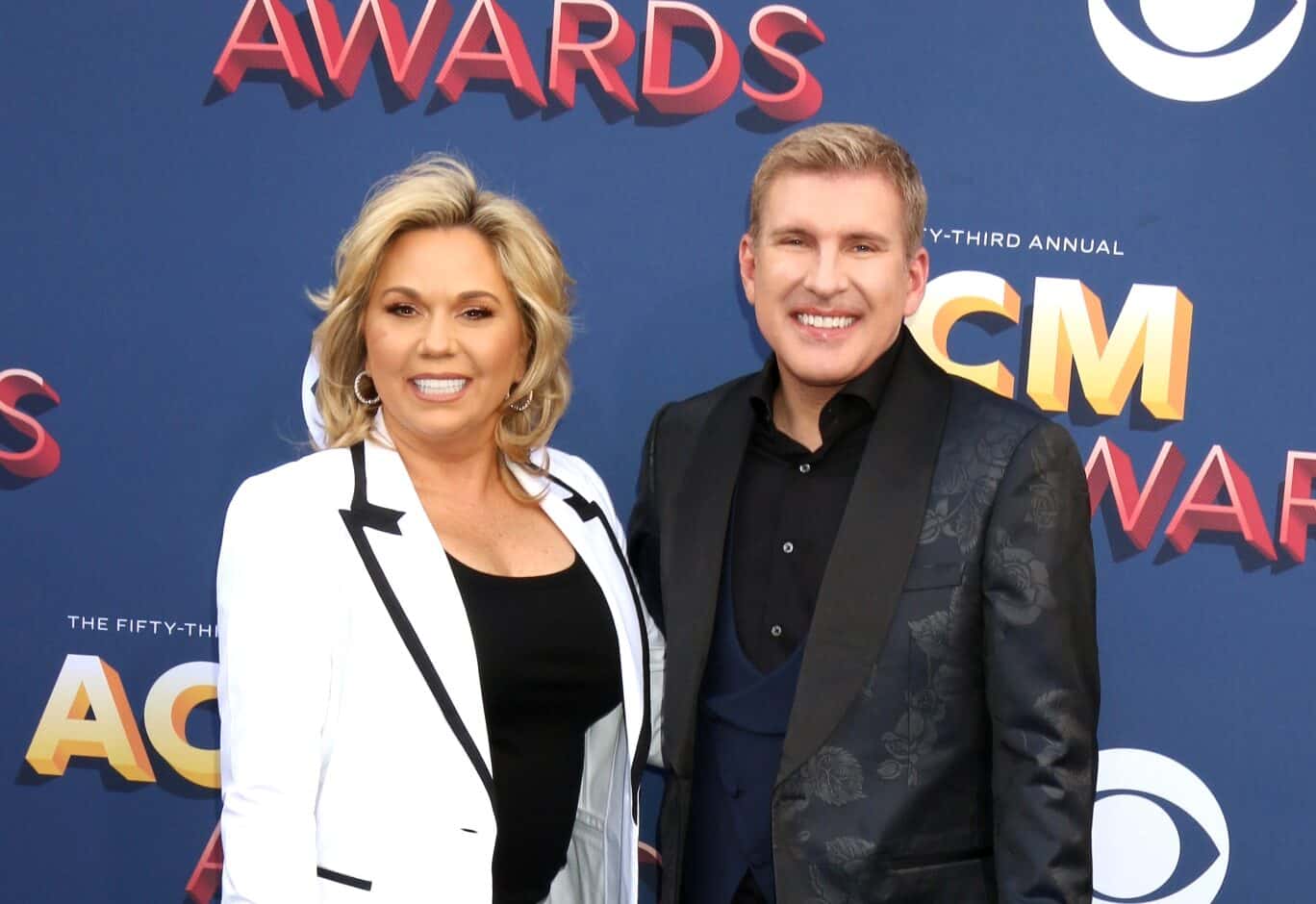 Todd Chrisley and wife Julie Chrisley released a pre-recorded episode of their Chrisley Confessions podcast on Wednesday after being sentenced to a total of 19 years in federal prison for fraud crimes, 12 of which will be served by Todd at the camp-like Federal Correctional Institution (FCI) in Pensacola and seven of which Julie will serve, likely at the Federal Correctional Institution (FCI) in Tallahassee.

Just two days after the Chrisley Knows Best couple was sentenced to time behind bars amid their tax fraud case, Todd and Chrisley were heard opening up about their “nightmare.”

“Everyone knows that we are living through a nightmare,” Julie began on November 23, via Entertainment Tonight. “I know in my heart that I am a Christian, I know I believe that God can work miracles … but I still have this fear.”

While Todd and Julie felt that their legal drama was God “reminding them where they came from,” Todd admitted fame has damaged their family in recent years.

“Here we were living a very nice life. But it wasn’t a life that I wanted to continue once we got into it,” he said. “I didn’t like that people were knocking on our doors at night and chasing us down the interstate to try to get our pictures ’cause they see us in the car.”

Despite their challenges, Todd and Julie told listeners their marriage was strong, noting that going through their trial brought them closer.

“Just because we don’t see justice, doesn’t mean that God doesn’t see it and that God’s not going to show it in his time,” Todd added.

In June, Todd and Julie were found guilty of a number of crimes, including conspiracy to commit bank fraud, conspiracy to defraud the United States, and tax fraud. Months later, and after their sentencing, the Chrisley family released a statement through their attorney.

“Todd and Julie are people of faith, and that faith gives them strength as they appeal their convictions,” the statement said. “Their trial was marred by serious and repeated errors, including the government lying to jurors about what taxes the couple paid. Based on these issues, we are optimistic about the road ahead.”

Following the sentencing, Judge Rachel Juarez, of CBS’ Hot Bench, who was not tied to the trial or the Chrisleys, said Todd and Julie’s sentences were likely impacted by the fact that they didn’t show any remorse.

“I think unwillingness to show responsibility absolutely played into the sentence,” she said. “Not only did these two individuals — according to the judge and according to the prosecutors — fail to accept responsibility, but they blamed others. And there was significant evidence — that the prosecutors pointed to — that they not only blamed others, but they had third parties testify on their behalf falsely to claim responsibility for what the Chrisleys actually did. And those types of actions, when it comes to sentencing, really don’t help.”

During another podcast episode shared by Savannah Chrisley, the couple’s daughter discussed gaining custody of her younger siblings, Grayson, 16, and Chloe, 10, and she admitted her mom was handling her legal hardships much better than she was.

“I’m just over here angry, because it’s like, how is a God that’s supposed to be so loving and so full of hope [OK with this]?” Savannah asked on the October 25 episode of Unlocked, per Us Weekly. “How do you feel so hopeless?”

“My whole life could change. And I don’t mean money,” she continued. “The two people that I’ve always had there for me and that’s been my support system and who I’ve leaned on, because I’m there for everyone else: my siblings, my friends, whoever it may be. But I always know I can be there for them because y’all have been there for me or you are there for me.”

Although NBCUniversal has yet to make a statement in regard to the future of Chrisley Knows Best, Savannah and Chase Chrisley‘s spinoff, Growing Up Chrisley, and Todd’s new dating show, Love Limbo, a third report claims they’d be “difficult to continue” following Todd and Julie’s sentencing.

“The network has some episodes of Season 10 of Chrisley Knows Best that were shot prior to the trial,” an insider told Radar Online on November 22, confirming the episodes will “air next year.”

Meanwhile, Savannah and Chase’s spinoff never began production on season four after it was confirmed that the show would be relocating to the E! Network, and Love Limbo wasn’t filmed either.

Todd and Julie are expected to begin their sentences on January 1, 2023.