Home Real Housewives of Beverly Hills News Mauricio Umansky on How He Supports Kyle Richards Amid Feud With Kathy, Potential Reconciliation, and How RHOBH Star “Paved the Way” for Buying Beverly Hills, Plus Farrah Reveals What She’s Learned From Mom

Mauricio Umansky on How He Supports Kyle Richards Amid Feud With Kathy, Potential Reconciliation, and How RHOBH Star “Paved the Way” for Buying Beverly Hills, Plus Farrah Reveals What She’s Learned From Mom 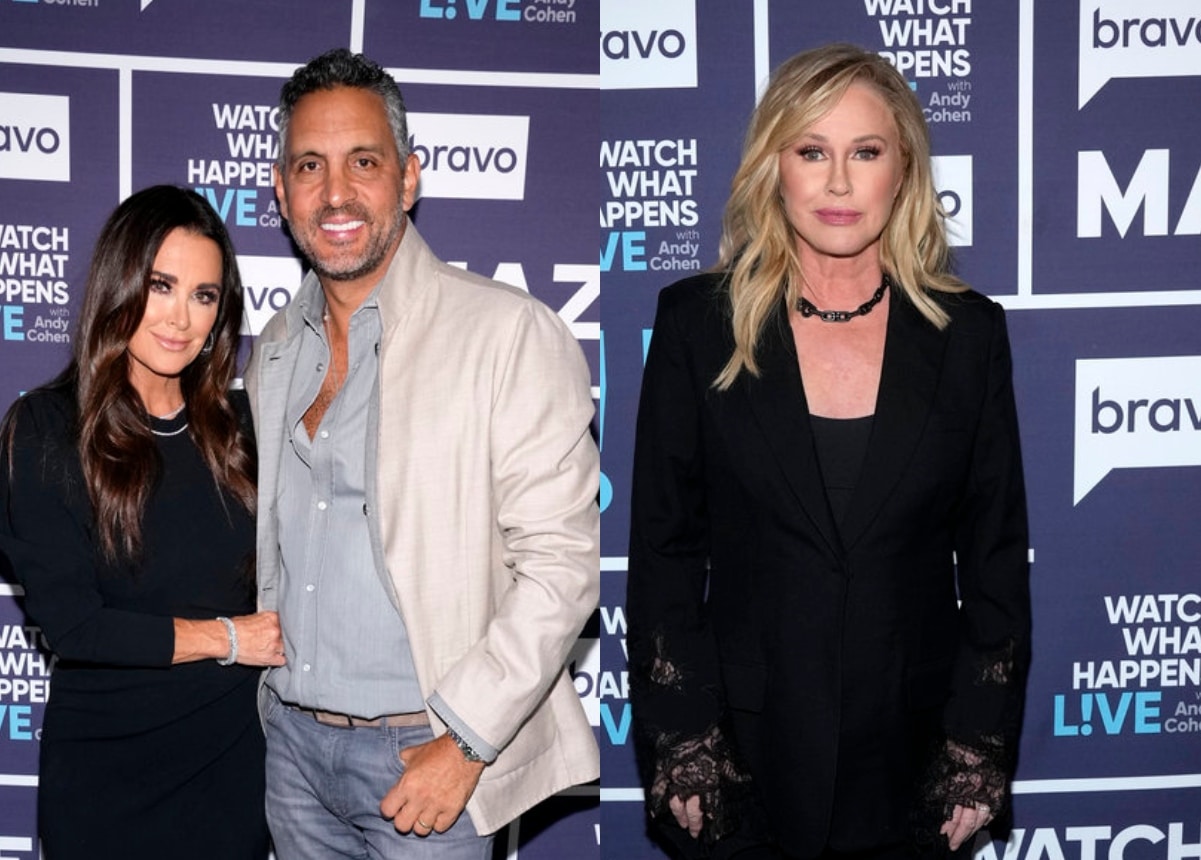 Mauricio Umansky is standing by Kyle Richards after the drama-filled 12th season of The Real Housewives of Beverly Hills.

As things between Kyle and her sister, Kathy Hilton, remain tense due to claims Kyle’s longtime friend and co-star, Lisa Rinna, made in regard to Kathy’s threats against Kyle amid their cast trip to Aspen, Mauricio is sharing his thoughts on the sisters’ potential reconciliation while also expressing thanks to his wife, who he says “paved the way” for his Netflix reality show, Buying Beverly Hills.

“I have always just been 100 percent supportive of her, no matter what she does,” Mauricio confirmed to co-hosts Adrienne Bailon-Houghton and Justin Sylvester on the November 22 episode of E! News.  “If she wants to reconcile, I am all down for it. If she’s not ready to reconcile and she needs to just keep it going for a little bit, I support her a thousand percent.”

That said, Mauricio also believes Kyle is “a hundred percent” in the right when it comes to their feud, telling Us Weekly in October that their dispute was “really hard” to watch, especially due to the fact that not everything was seen.

“I know a lot of the stuff that’s going on in the background, which isn’t exactly what’s being put out there. … Being supportive of Kyle, I think Kyle’s a hundred percent in the right here without question.”

According to Mauricio, he believes that if it weren’t for Kyle’s ongoing role on RHOBH, he would have never known so much about being part of a reality series, nor would their oldest daughter, Alexia Umansky, and Kyle’s oldest, Farrah Aldjufrie.

“She’s definitely paved the way for all of us, and now I get to reap the benefits because I’m the one that gets to have a show with my daughters and my kids,” he shared on E! News.

And during the same interview, Farrah admitted that when it comes to being the daughter of a reality star, she’s learned a lot along the way, including “not to fight” and “not to flip tables.”

“There’s a lot of things that I would follow in her footsteps, and I would do like her than not do, I’d say,” she explained.