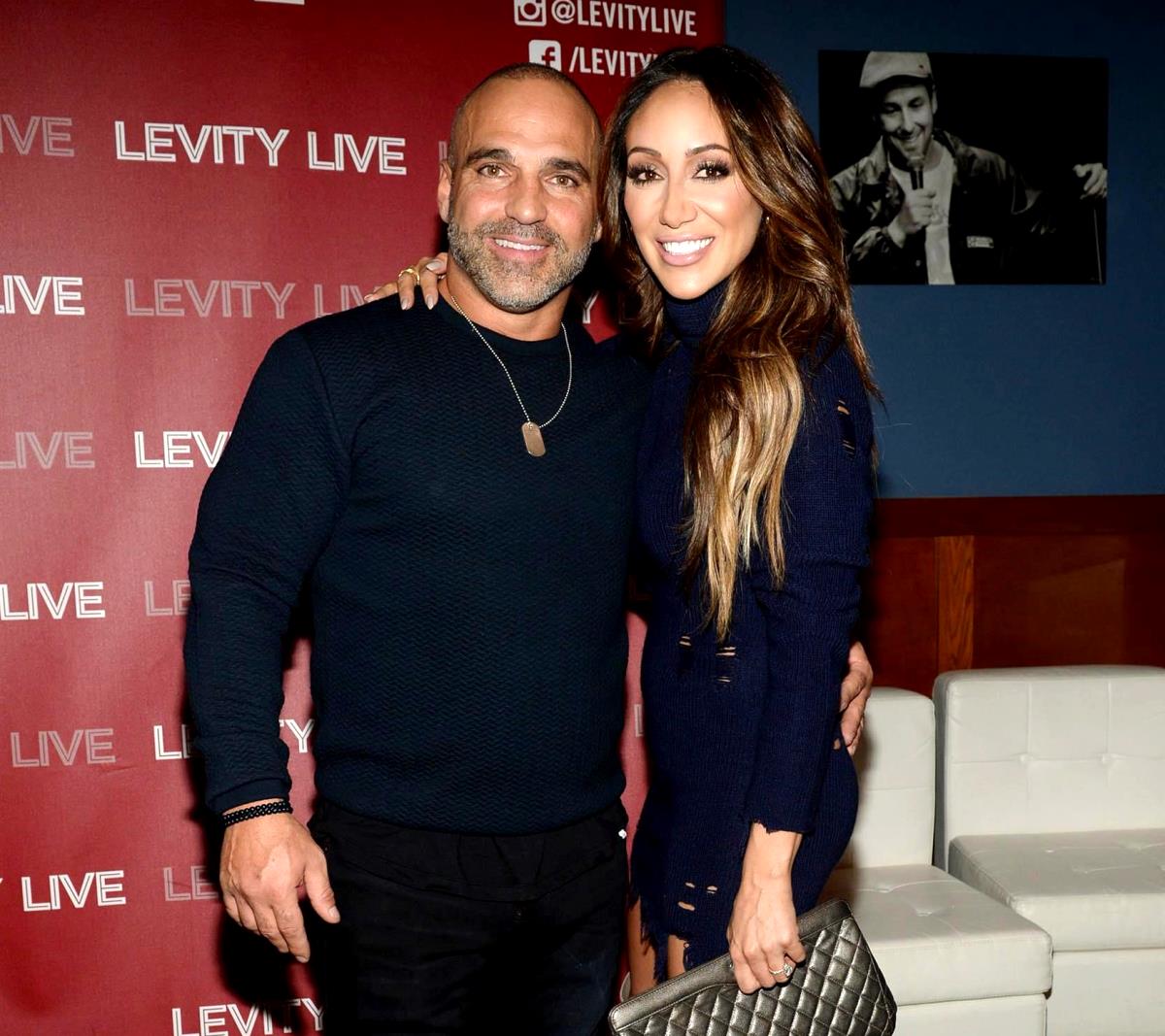 Melissa Gorga‘s mom, Donna Marco, and sister, Lysa Simpson, have weighed in on the ongoing saga in regard to whether or not Melissa and her husband, Joe Gorga, joined the Real Housewives of New Jersey behind the back of her sister-in-law and his sister, Teresa Giudice, for season three.

As fans await the upcoming 13th season of the Bravo reality series, which will detail the Gorgas’ latest falling out with Teresa, Donna and Lysa reacted to producer Carlos King‘s recent confirmation that Teresa had no idea that Melissa and Joe were signing on to do the show.

After an RHONJ fan page on Instagram posted quotes from Carlos, who shared the information while appearing on Heather McDonald‘s Juicy Scoop podcast, Donna and Lysa shared their thoughts in a couple of comments, which were captured via screenshot by All About the Real Housewives and shared on their own Instagram page.

And Donna echoed similar statements, asking, “Who cares 12 years ago!!!” 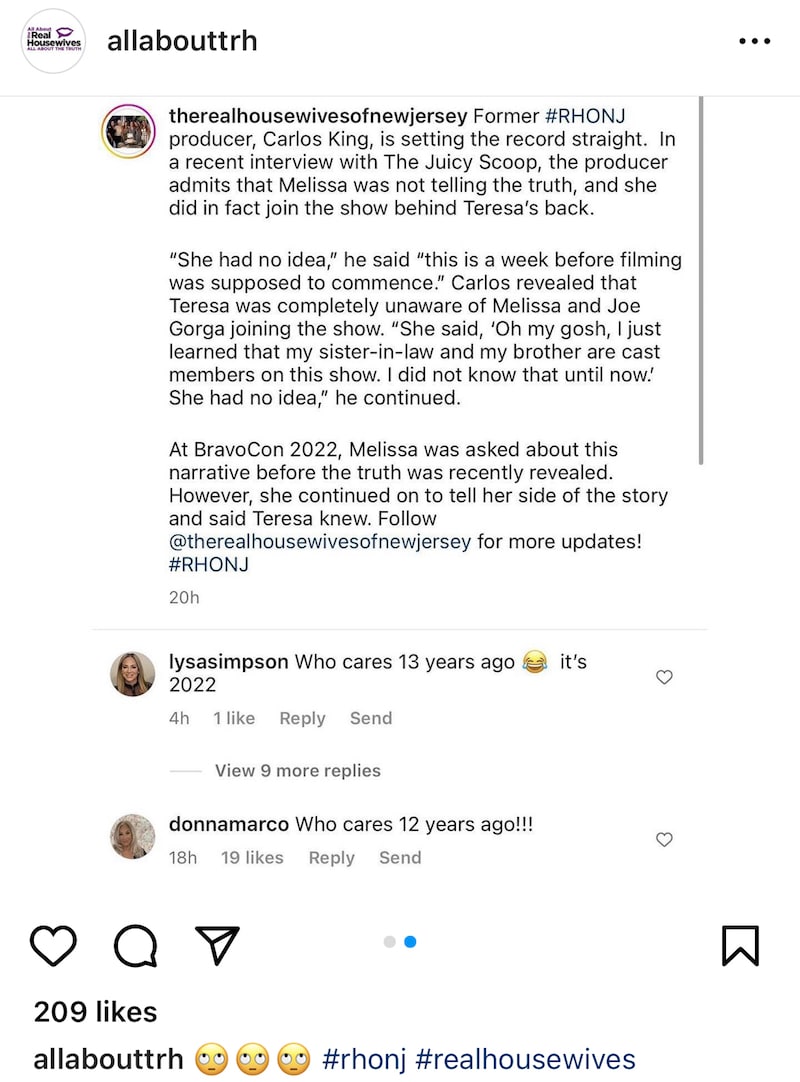 During his appearance on the Juicy Scoop podcast in June, Carlos revealed that Teresa “had no idea” that Melissa and Joe had joined the show and shared her reaction when she found out.

“She said, ‘Oh my gosh, I just learned that my sister-in-law and my brother are cast members on this show. I did not know that until now.’ She had no idea,” he recalled. “She [was] freaking out, ‘What should I do? … I don’t know Carlos, this is crazy. That’s my family. I don’t want to fight with my family.’”

“She found out because they finally revealed to her — not ‘they’ the producers — that, ‘your sister-in-law and brother are on the show. You have to go to this [christening],’” he added.

Months later, during an episode of Carlos’ podcast, Reality With the King, Teresa reacted to Carlos coming forward with the information about her sister-in-law and brother.

“I’m so happy that [Carlos] finally said the truth about how that happened because I’ve been wanting the truth to come out for over 10 years,” Teresa said. “I needed someone to validate the truth because it was her word against mine, and that’s why she got away with it all these years.”