Home Real Housewives of New Jersey News Kathy Wakile Explains Why She No Longer Speaks With Joe and Melissa Gorga, Regrets Not Telling Teresa Giudice About Joining RHONJ and Claims She Was Told She Wasn’t “Fabulous” Enough For Show

Kathy Wakile Explains Why She No Longer Speaks With Joe and Melissa Gorga, Regrets Not Telling Teresa Giudice About Joining RHONJ and Claims She Was Told She Wasn’t “Fabulous” Enough For Show 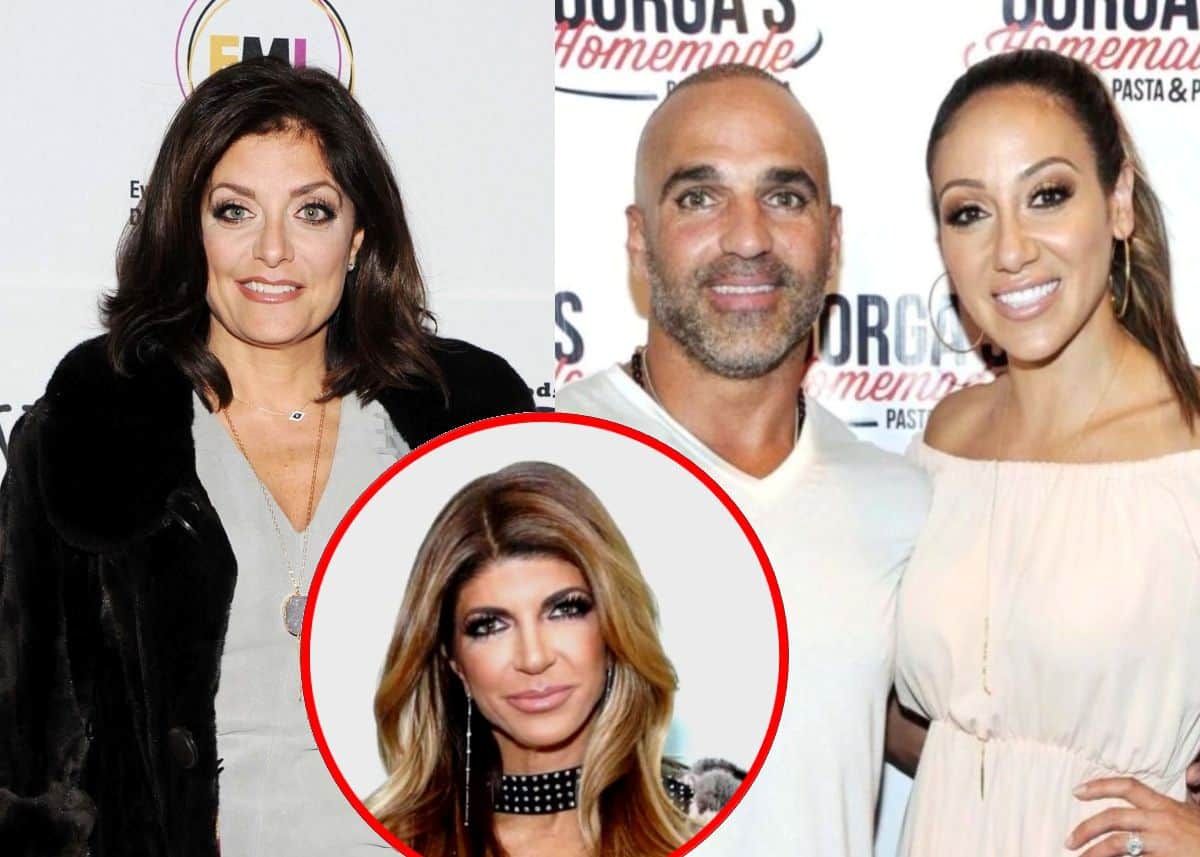 Kathy Wakile explains why she didn’t initially tell her cousin, Teresa Giudice, she was joining The Real Housewives of New Jersey in season three. She also reveals why she’s no longer communicating with Joe Gorga or Melissa Gorga.

Kathy was a full-time cast member on seasons three and four of the show, and viewers watched as her relationship with Teresa fell apart. Teresa has always maintained that both Kathy and Melissa joined the show behind her back, which is what allegedly ended her relationship with her cousin, but Kathy has an explanation for why she didn’t let Teresa know she was joining.

“I didn’t get the opportunity to because she was told before I was told,” she said in an interview with Bravo TV. “So, they told her that they were seriously looking at me and I didn’t know that. I’m going to be honest with you, I felt like if Bravo didn’t choose me, I didn’t want to go through the embarrassment of saying, ‘Oh Bravo didn’t choose me. They interviewed me, but they didn’t want me.’ Who wants to have to say that?”

“But then, Bravo actually told Teresa that they cast me,” she continued. “And she called me and said, ‘How dare you?!’ I said, ‘What are you talking about? I was just interviewed, I wasn’t cast, I don’t have a contract [and] I don’t know what you’re talking about.’ And she just wouldn’t let it go and [kept saying], ‘How come you didn’t tell me?’ And I said, ‘Because there wasn’t really anything to tell.'”

Although the former reality star doesn’t name any names, she claimed that soon after, she was belittled and told she wasn’t interesting or “fabulous” enough to join the show. As it turns out, those very insults are what convinced her to sign the contract.

“I was challenged a little bit,” she laughed. “I was told by certain people that I wasn’t going to be good at it and what would they possibly want with me? And the words were, ‘You’re not fabulous enough.’ So I kind of felt [like], well, let’s see where it goes, and then they chose me.”

Considering the family feud that followed once Kathy did sign on, she said she wishes she’d done things differently in hindsight. However, she never expected her relationship with Teresa to end the way it did.

“I would have had the conversation with Teresa. I would have asked her opinion [and] I would have asked her advice,” she said. “[But] I had no idea that’s what the season was gonna be. For me, it was not like that, and my relationship with Teresa was great and my relationship with Melissa was great. I thought, sure, we may have some words, but we’ll be able to resolve it because we never even had a real disagreement before. I’m not into confrontation, and I didn’t expect it to escalate to that point, and I guess you can never tell what’s gonna happen, but the cameras definitely didn’t make it any easier,” she professed.

As for her current relationship with Joe and Melissa, it’s non-existent. In fact, Kathy’s son, Joeseph Wakile, recently referred to Joe and Melissa as “farm animals” when a fan wondered why they hadn’t been invited to Victoria Wakile‘s wedding. Though Kathy doesn’t go that far, she does shade Joe and Melissa a bit when asked why they no longer speak.

“A funny thing happens with reality TV. It’s a small blurb, a small part in your life, and you live your life and whatever gets aired, it gets aired, and you’re still living your life,” she shared. “But for certain people, you know, people who live in that bubble, they don’t realize there’s a whole world outside of that bubble. It’s sad that that happens, but we stepped out of the bubble.”