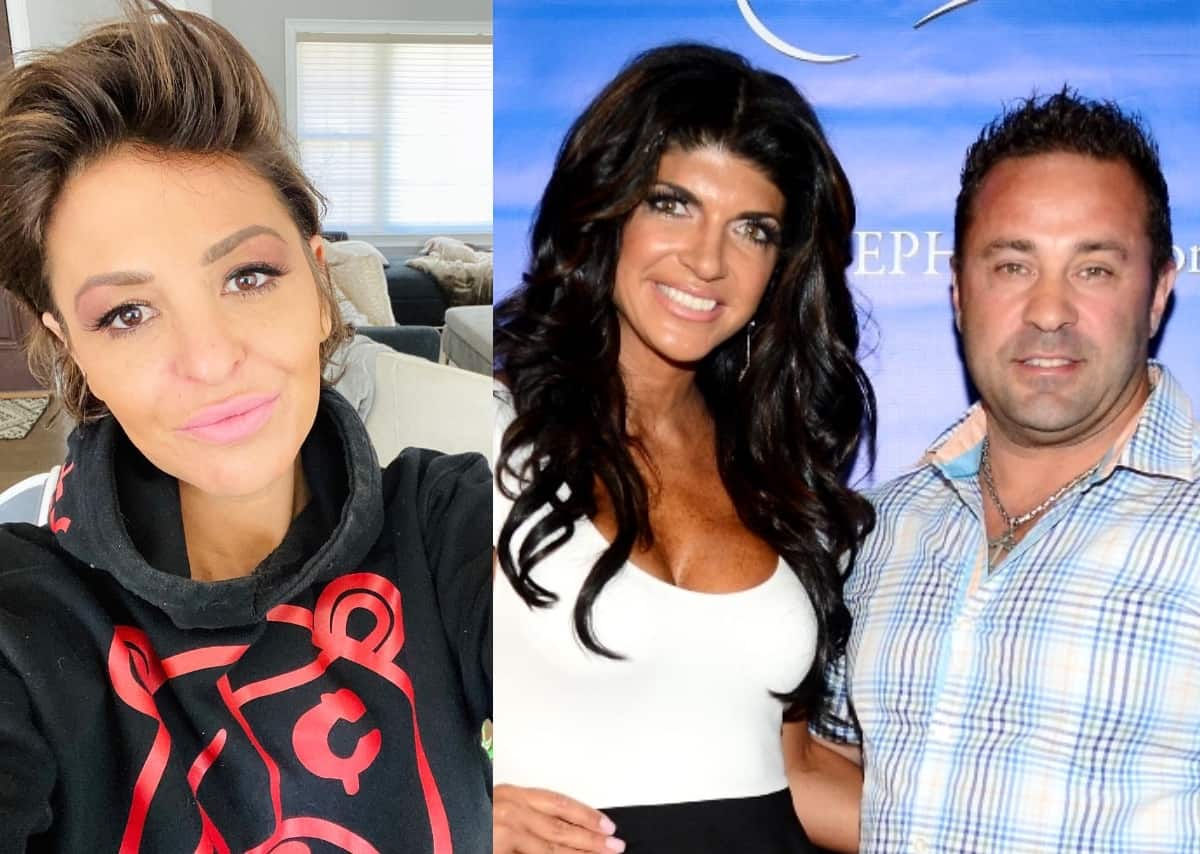 Robyn appeared on season seven of The Real Housewives of New Jersey as a “friend” to Teresa, but in a recent interview, she explained they had a falling out due to another reality show they were developing together called The Facts of Wife.

“[Teresa] was going to be one of my partners for [my new series] The Facts of Wife, going back years ago,” she revealed to Us Weekly. “So, we were equal partners. Then, her best friend was the one that was funding the project. I was doing all the work and Teresa was being, like, the executive producer/celebrity person.”

However, Teresa’s best friend was no longer able to finance the project because she found herself in the middle of a nasty divorce, so Robyn was forced to look for someone else to finance the show. As a result, once she explained to Teresa that they could no longer be “equal” partners, the star dropped out.

“So I said, ‘OK, well I still want you to be a partner, but we can’t all be equal partners because then who’s funding the project,'” Robyn explained. “‘Like, now I need to go find new financing for the show.’ So as soon as I said that, Teresa and [her friend] wouldn’t [be a part of it anymore].”

The marketing company owner says the situation “was pretty much the stopping point of [their] real relationship.” Though she attempted to have a conversation with Teresa to work things out, Robyn says it “didn’t go well.” Then, when the Turning the Tables author found out that Robyn was still planning to follow through with the reality show project without her, she “got more upset” and their friendship completely fizzled out.

Robyn claims she also had a strong bond with Teresa’s ex, Joe, which she describes as “a totally separate relationship.” In fact, it was actually her friendship with Joe that landed her a spot on RHONJ, but she admits her time on the show wasn’t necessarily a positive one.

“When Teresa filmed Teresa Checks In, I was featured because I’m friends with Joe Giudice,” she began. “I went to their house, he invited me to film and Rosie [Pierri] was also there. The producers met me and told me I should come on Housewives. And then, when I got [on RHONJ], everyone pretended they didn’t know me. And that’s a true story.”

As for what ultimately ended Robyn and Joe’s friendship, she claims it had everything to do with money.

“He was going through a lot and kind of took it out on an easy target,” she alleged. “We were super close for many years. Money was the issue at the end of the day.”