The cast of Vanderpump Rules rang in the new year at Tom Schwartz and Tom Sandoval‘s newly-opened hotspot in Los Angeles, Schwartz & Sandy’s.

In photos and videos shared of the event’s New Year’s Eve celebration, the guys were joined by the likes of Raquel Leviss, Scheana Shay, Brock Davies, and Kristen Doute, as well as Southern Charm stars Olivia Flowers and Taylor Ann Green, who was romantically linked to the newly-divorced Schwartz months ago.

In one video shared on Instagram, Sandoval was seen standing on the bar to count down to the new year before he serenaded the crowd with his trumpet as Schwartz stood nearby.

Amid the event, Raquel, who was also linked to Schwartz after his early 2022 split from Katie Maloney, was seen in a strapless black dress as she danced alongside the bar’s DJ. 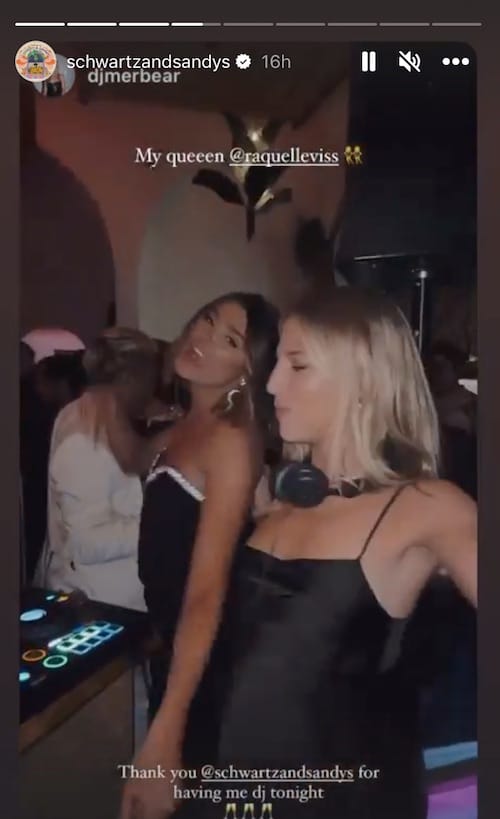 Kristen, meanwhile, shared a photo of the bar’s decor before posting a video of herself and her new boyfriend, Luke Broderick, who is also the co-host of her new podcast, Sex, Love and What Else Matters, spending time with her ex, Sandoval. 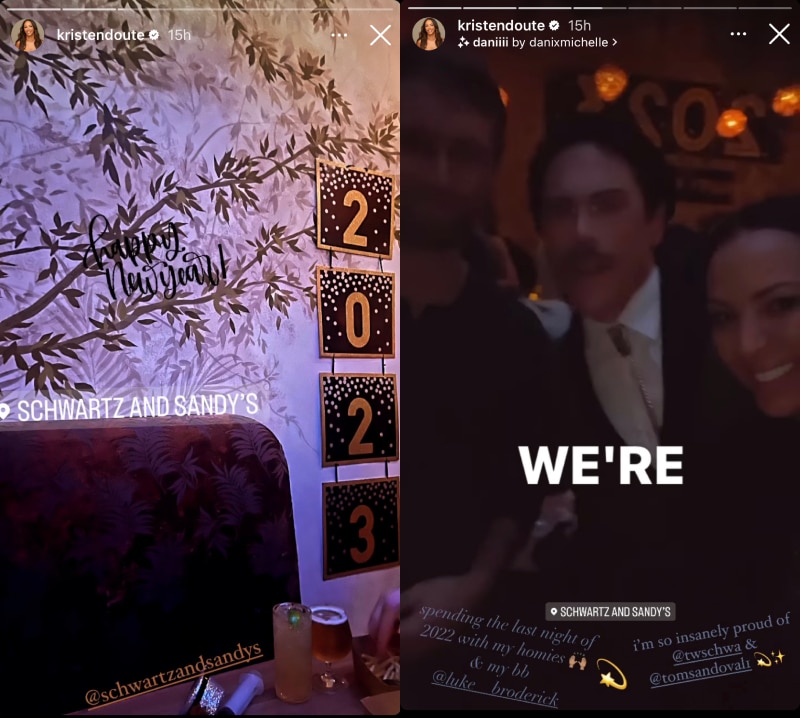 Scheana and Brock, who wed in August, were seen posing alongside a couple of friends. 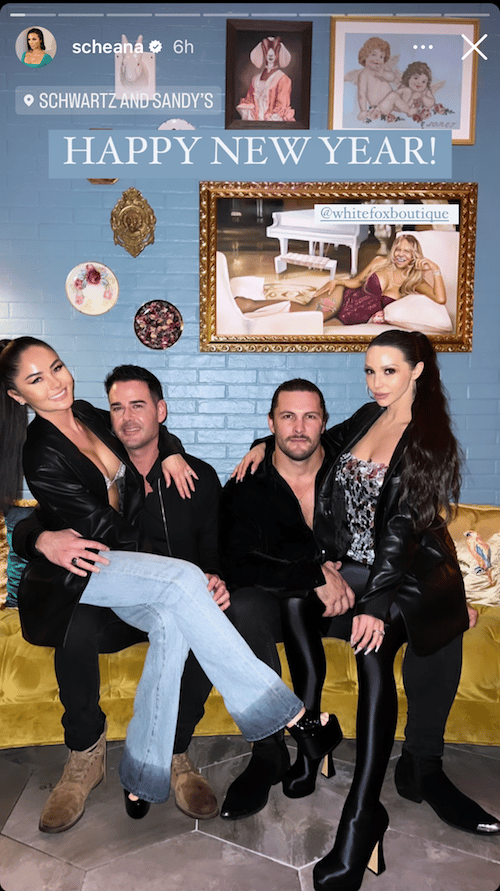 As for Taylor, who admitted to having a crush on Schwartz during an episode of Watch What Happens Live in August, she shared a photo of herself and Olivia with Sandoval’s current girlfriend, Ariana Madix, before featuring a video on her page of Schwartz holding several shooters in syringes.

“‘I made these in my bathtub,'” she claimed Schwartz had told her. 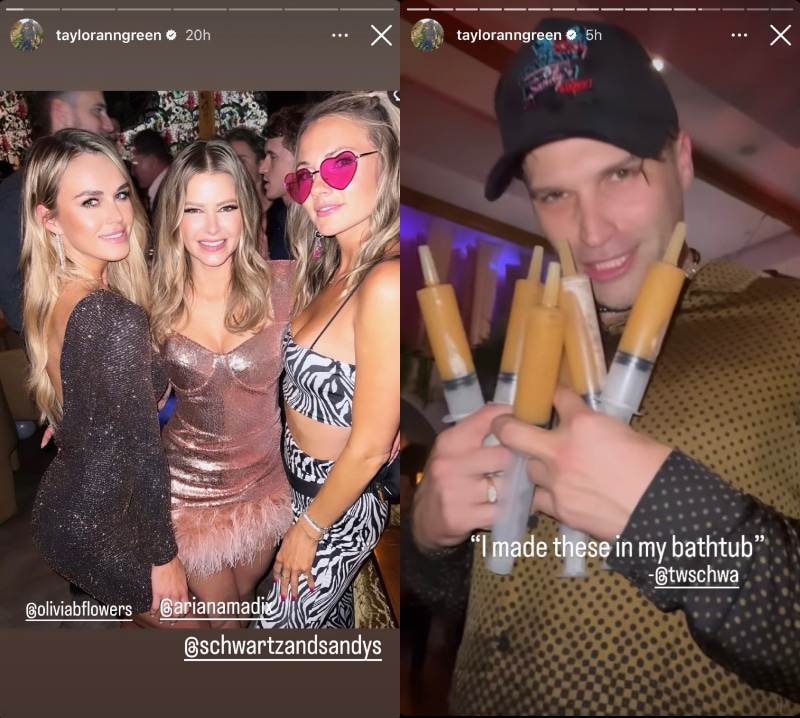 Stassi Schroeder‘s husband, Beau Clark, was also in attendance at Schwartz & Sandy’s on Saturday night, but he didn’t stay until midnight.

“One of us is going out,” Stassi told her fans and followers in the caption of a photo of the two of them before Beau ventured out.

Then, after noting that he missed their 23-month-old daughter, Hartford Charlie Rose Clark, saying, “When Lizzo is playing at [Schwartz & Sandy’s] and I wish Hartford could be here,” Beau returned home.

“And back home at 11:57 for a NYE toast and a smooch!” he said with a pic of him and Stassi preparing for a champagne cheers. 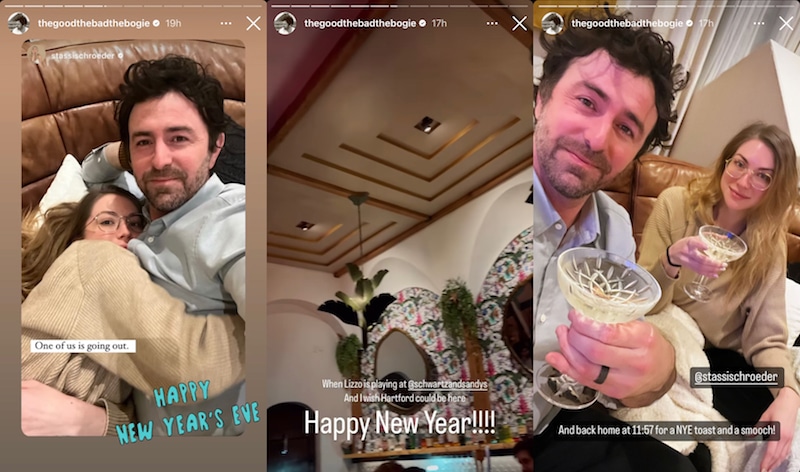