Pump Rules’ Lala Kent Talks Feud With Katie Maloney and Hints at Angry DMs, Teases Season 10 Fight, Plus How She “Grossed Out” Cast on Season 4 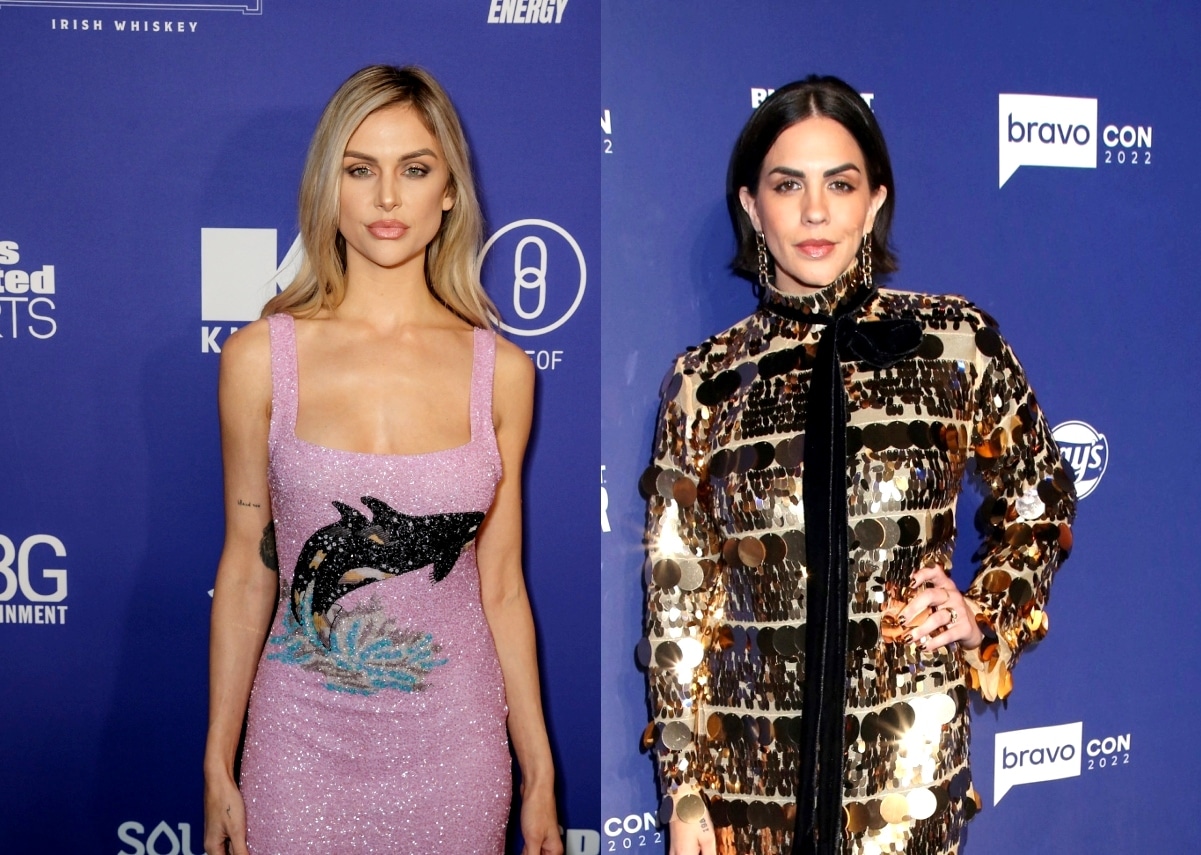 Lala Kent addressed her feud with Katie Maloney on the latest episode of her podcast.

After Katie admitted on her own podcast last week that the vibes between them were “definitely off,” the Vanderpump Rules star spoke of DMs she received from her castmate, explained why she forgot about her recent 37th birthday, and teased a girl fight on the show’s upcoming 10th season.

“The vibes are definitely off… after the DMs I got from her the other day … But just like I’ve said before, I got a lot going on. That is the least of my concern and I hope she had a very happy birthday,” Lala stated on the January 17 episode of Give Them Lala. “It slipped my mind that it was her birthday because it was MLK Day. I completely spaced it with MLK Day happening and I had Ocean and she was feeling sick.”

Although the relationships of Pump Rules cast members are known to be up and down, Lala didn’t seem too hopeful about a future conciliation, saying, “We’ll see. We’ll f-cking see.”

During production on season 10, Lala got into it with a group of her female co-stars, who she did not name, and accidentally used a seemingly inappropriate term.

According to Lala, she didn’t realize what she was saying to the “group of chicks” but hopes producers keep it in the final edit.

“There’s my tea on Vanderpump, that there are times that are like really, really f-cking funny and I hope that some of them they keep in,” she shared.

Lala also looked back on a moment from season four on her podcast, saying that she “grossed out” her castmates amid a trip to Hawaii as she was tempted to play a drinking game.

“I take a sip and I know it’s tequila. I hate tequila but I want to fit in. This could be a bonding experience. We’re on this big floaty together. I take a sip. It’s warm and I vomit into the water,” Lala revealed. “There’s vomit floating around our raft … They were grossed out.”

“I think I’d be annoyed by me back then,” she added.

Lala went on to say that while she wasn’t sure if the moment was kept in the episode, producers made a point to show her bending over.

“I think they were like, ‘Oh this is a great time to show that Lala’s a– and vagina are hanging out. They had to blur it [because] I had on a skimpy bikini,” she explained.