Lala Kent on How Tom and Ariana Disrespected Her at Vanderpump Rules Reunion, Says Tom Has Yet to “Acknowledge” Split From Randall, Plus Talks Jax and Brittany 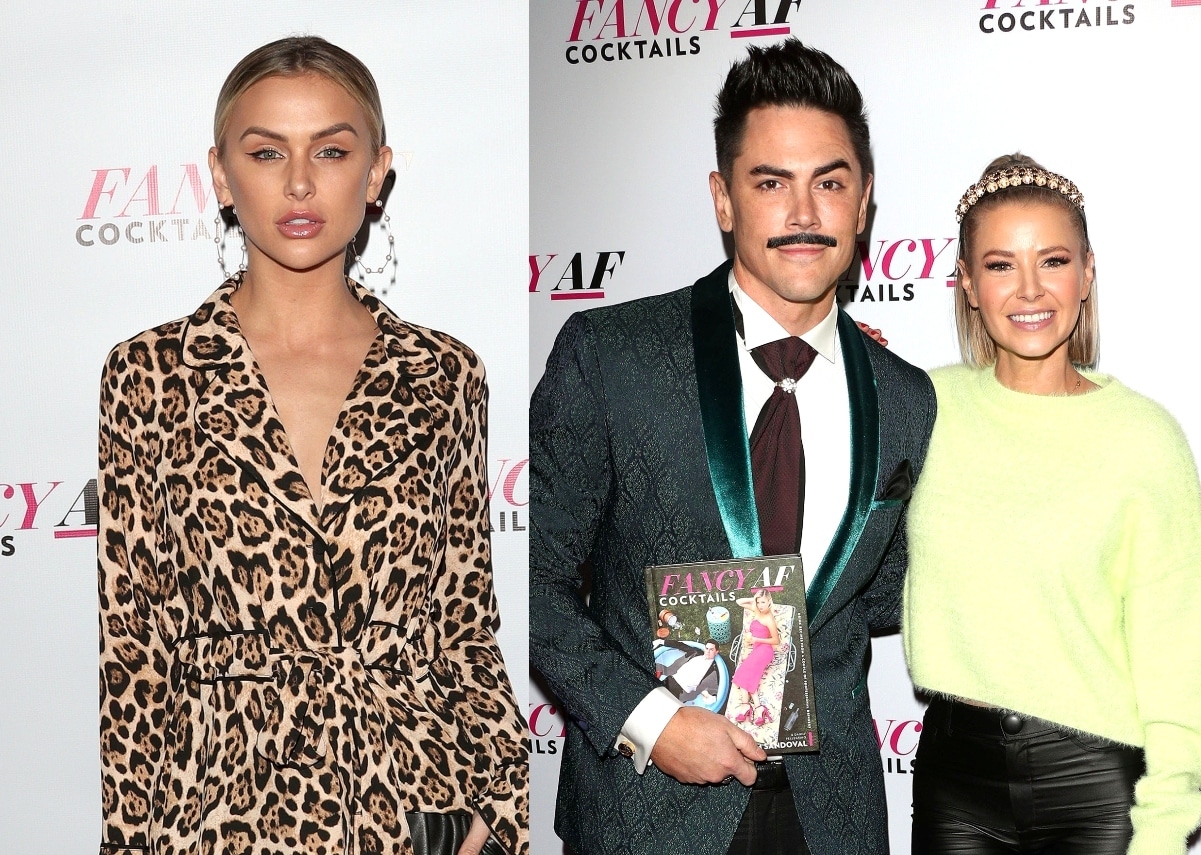 Lala Kent was amused by Tom Sandoval and Ariana Madix‘s behavior at the Vanderpump Rules reunion for seasons nine.

On the latest episode of her podcast, Lala looked back at the reunion taping before shading Sandoval for his failure to acknowledge her October 2021 split from Randall Emmett and revealing whose side she’d be on if Jax Taylor and Brittany Cartwright were to divorce.

“Tom Sandoval and Ariana [took] out their earpieces to ignore [me] because I was virtual,” Lala revealed on the February 2 episode of Give Them Lala of her cast mates’ behavior. “Whenever they don’t like something that someone’s saying… It was perfect that I wasn’t there because they could remove their earpieces. That was like the one little piece of power that they had, which was cute to watch.”

She then said, mockingly, “Look how powerful you are! Throw your earpiece yeah! You’re mad! You’re mad!”

As fans saw, Lala and Ariana didn’t start off the ninth season of Pump Rules in a great place — and they didn’t end the season any better. In fact, according to Lala, she doesn’t believe Ariana “knows how to approach [her].” And, when it comes to Sandoval, Lala said he hasn’t said a thing about her messy split from Randall.

“Tom has yet to even acknowledge what I’m going through, Tom Sandoval, but I wouldn’t expect anything less,” she admitted. “I take him for who he is, ask him about his bar, we talk about him a lot. It’s fine. Whatever.”

”I think when you go through a difficult time like this, for me, I don’t have time,” Lala continued. “If you’re displaying that you’re torn between the two, I’ll make it easy for you. Goodbye. There’s two sides. You can come over here or you choose otherwise and if that’s the case then your true colors have shown and I don’t want you anywhere near me.”

Although Lala previously criticized her castmates, with the exception of Raquel Leviss, for failing to reach out to her after the reunion, she has since taken that back, saying that her co-stars “have been very supportive… like extremely.”

“I feel badly that during that moment, I fixated on [that]. My emotions were running so high I probably should have taken a step back. I was very emotional. That group has been absolutely incredible… They’ve been like, all hands on deck. ‘What do you need? I’ll drop anything for you,’” she explained.

As for Jax and Brittany’s potential split, which she insisted was not actually happening, Lala said that she would most definitely be Team Brittany.

“Let’s say Jax and Brit broke up, I’m picking Brittany. I think we all are. They’re not going to break up but let’s just say they did: Brittany. Again, Jax and Brittany are not breaking up. And even Jax knows. We’ve already told him, like, ‘We’re obviously going to pick Brittany,’” she laughed.