Tom Schwartz and Sandoval Say Randall No Longer Investing in Sandwich Shop, Plus Where They Stand With Him and Jax Taylor, and Status of New Bar 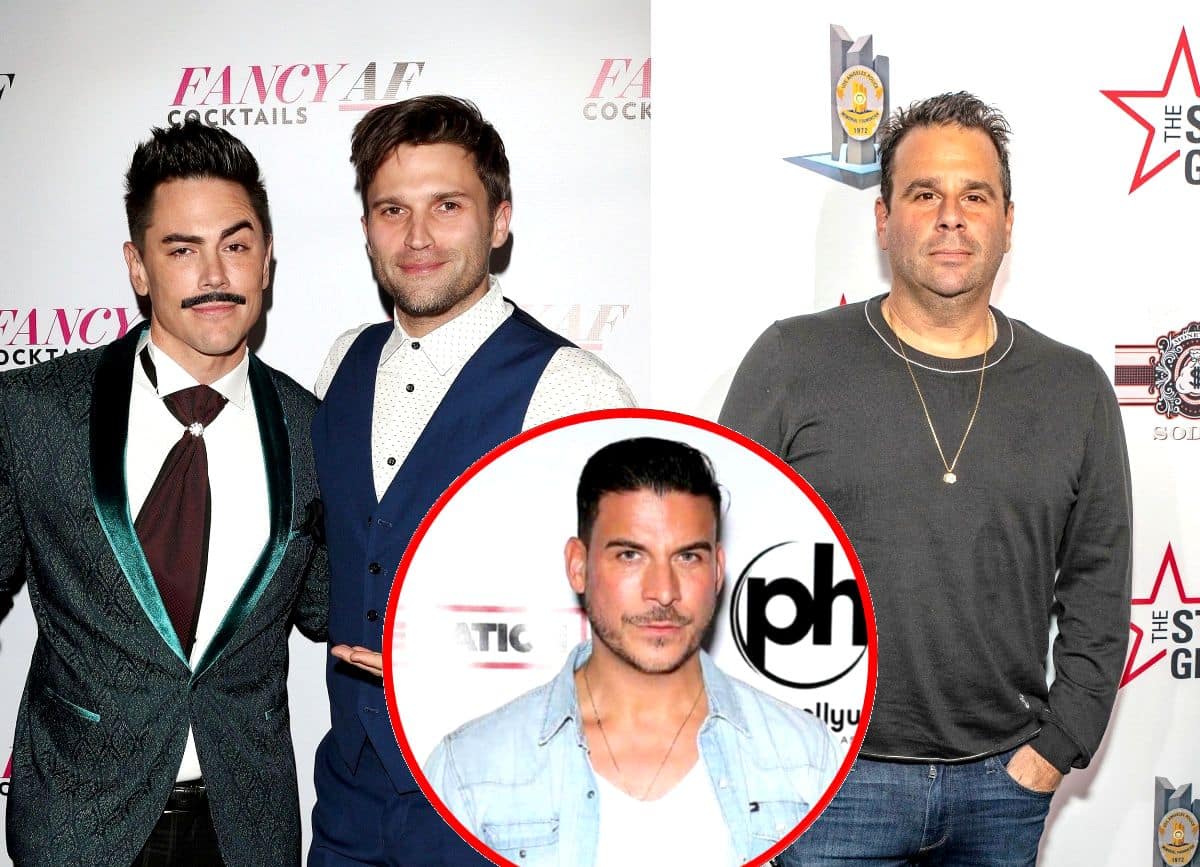 While appearing on Tuesday’s episode of Watch What Happens Live, Vanderpump Rules stars Tom Schwartz and Tom Sandoval addressed just that while also revealing where they stand with Randall and their former castmate Jax Taylor today.

“Now that Lala and Randall are over, is he still investing in Katie and Ariana’s sandwich shop?” a fan wondered on the January 18 episode of WWHL.

“I don’t think so,” Schwartz and Sandoval replied, with Schwartz adding, “I think they dissolved that and they’re seeking other investors now.”

“It’s tough,” Schwartz continued of the dynamic he has with Randall following his recent split from Lala Kent. “On a personal level, I really love Randall. He’s a great dude and we have a great relationship, but I understand it got messy and Lala’s my girl too so it’s complicated.”

As for Sandoval, he noted that Randall may want to distance himself from the Pump Rules cast now that he and Lala are no longer together.

“I feel like at this point, he might want to sort of cut ties and move on,” he suspected.

When the topic moved in the direction of their new bar, Schwartz and Sandy’s, Schwartz teased, “Ooh, it’s coming along.”

Although Sandoval confirmed they’re “working hard,” he admitted they “don’t have a date” set yet for the venue’s opening as Schwartz guessed they would open their doors in “early spring, late March.”

“We’re hoping to be open by the time the second sequel of Avatar comes out,” Sandoval joked.

Also on Tuesday’s WWHL, Sandoval and Schwartz offered an update on their friendships with Jax.

“We saw him at Katie’s birthday,” Sandoval revealed.

“I have a great relationship with Jax. I’ll always love him,” Schwartz chimed in. “Jax if you’re watching, I love you. His kid is so cute, Andy. Oh my God, Cruz.”

Then, when host Andy Cohen asked Sandoval, specifically, about his relationship with Jax, noting that they “weren’t speaking” the last he heard, Sandoval said they are doing their best to remain civil.

“It’s amicable but the dynamic is kinda dead,” Schwartz further clarified. “I still chill with Jax a lot but he doesn’t have as close of a relationship. I mean he returned the sword.”