Home Vanderpump Rules Ariana Madix Calls Out Lala Kent Over Instagram Post and Accuses Her of “Living in the Past” After She Posts Pic of Stassi and Kristen on Vanderpump Rules Premiere Night, Plus Fans React

Ariana Madix Calls Out Lala Kent Over Instagram Post and Accuses Her of “Living in the Past” After She Posts Pic of Stassi and Kristen on Vanderpump Rules Premiere Night, Plus Fans React 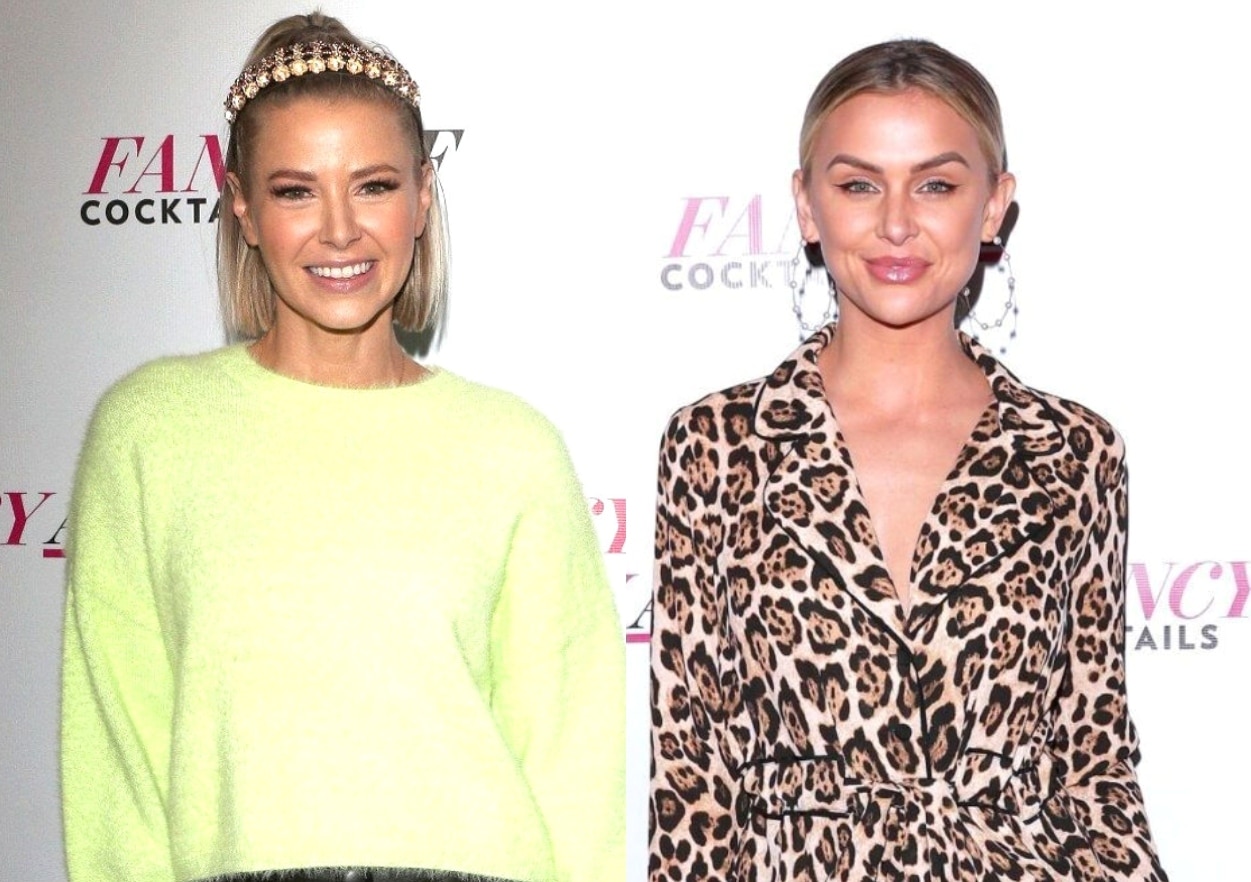 Ariana Madix didn’t appreciate Lala Kent sharing a throwback photo of fired cast members Stassi Schroeder and Kristen Doute on the night of their Vanderpump Rules season nine premiere. In fact, she quickly called her out about it.

After Lala posted the years-old photo, which was taken at SUR Restaurant and also featured Katie Maloney, Ariana accused her castmate of “living in the past.”

“I had to,” Lala wrote in the caption of her September 28 photo, along with a white heart emoji.

In response, as a Queens of Bravo screenshot on Instagram revealed, Ariana said, “I love you ALL but I guess I’m just confused what this post is supposed to be giving on the night of our PREMIERE. Are you living in the past or are you ready for the future of the show?” 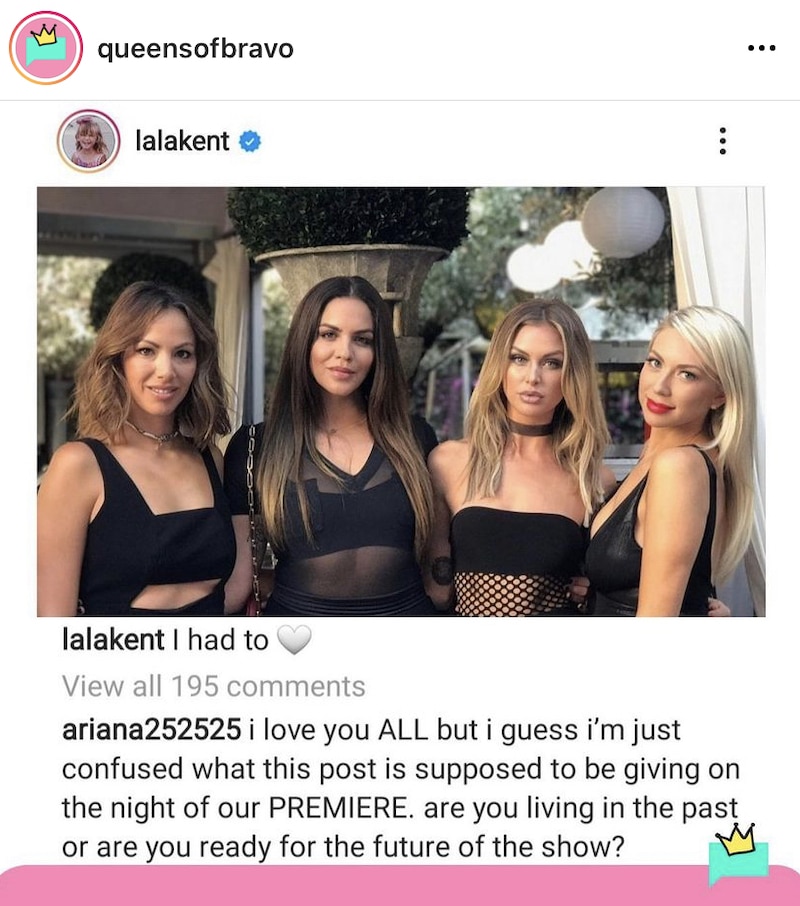 Also in the comments section of the post, Ariana reacted to a couple of fans, one of which suspected Lala was simply “showing respect to the OGs that made the show maybe….”

“Then where is [Scheana Shay]?” Ariana wondered, according to a Pump Rules fan page on Instagram. 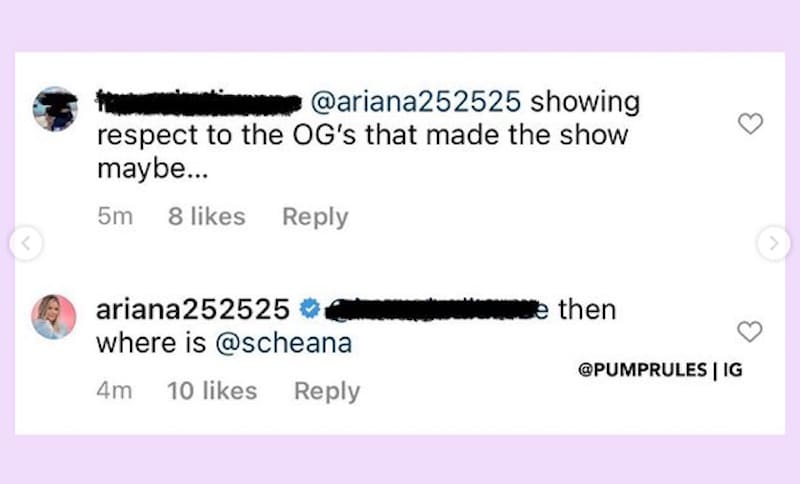 A second person suggested Ariana shouldn’t have commented on the post at all.

“If you don’t have anything nice to say…” they wrote.

“I did say something nice,” Ariana clapped back, giving a nod to her initial statement in her comment to Lala, which said, “I love you all.” 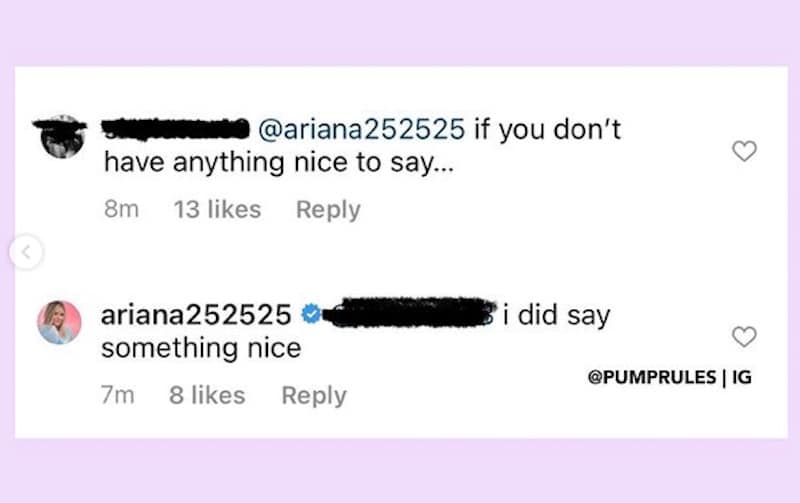 While Lala ultimately deleted the post from her page, she gave a nod to another reportedly fired Pump Rules cast member, Jax Taylor, in a video shared to her Instagram Story. The Story featured her daughter, Ocean Kent Emmett, watching an old episode of the series. 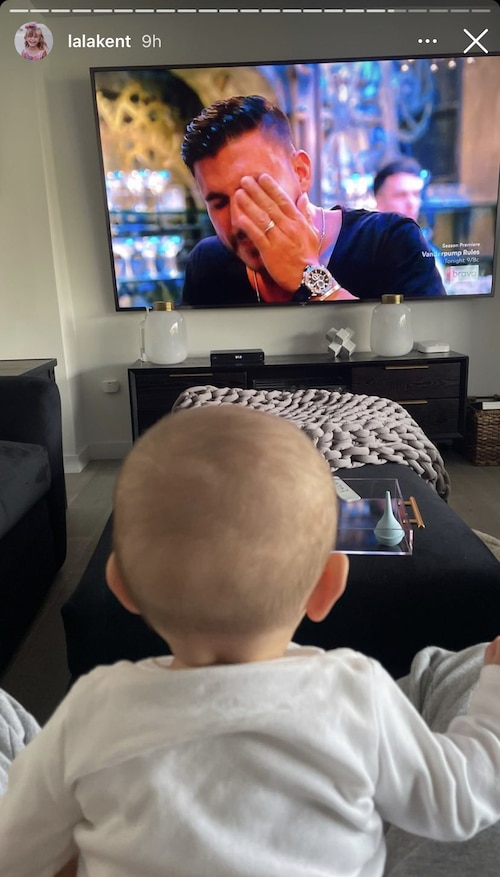 In June 2020, Bravo announced the firings of Stassi and Kristen, as well as Max Boyens and Brett Caprioni, all of whom were accused of racially insensitive behavior. Then, months later, Jax and his wife, Brittany Cartwright, confirmed they too would be missing from future seasons.

In July, while appearing on the Behind the Velvet Rope With David Yontef podcast, Lala said filming without the axed cast members was “really hard.”

“It’s hard when your job is also like hanging out with your best friends, and then they’re no longer a part of it. That was the thing I enjoyed the most… [getting] to hang out with my friends and work at the same time,” she shared. “A piece of my friendship pie is gone.”