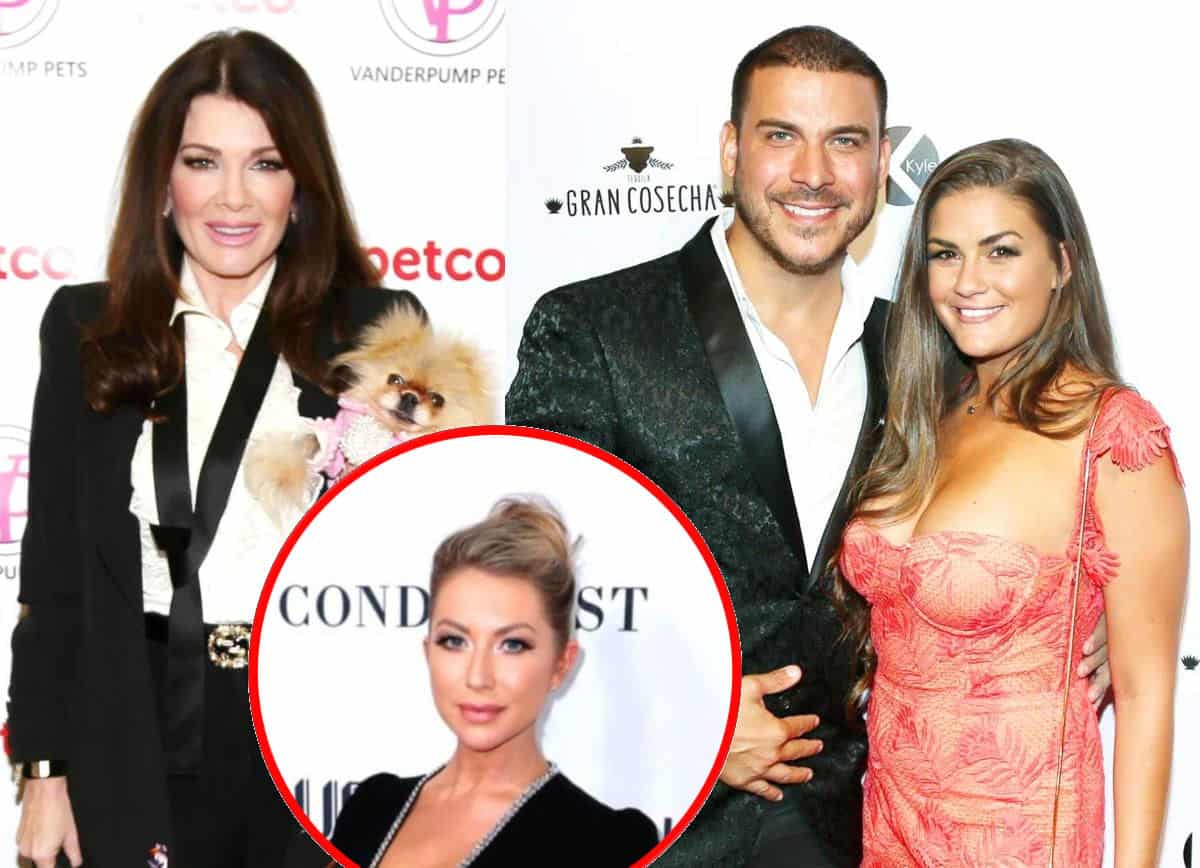 Did Lisa Vanderpump just confirm Jax Taylor and Brittany Cartwright were fired from the Vanderpump Rules cast at the end of last year?

While promoting her new show, Overserved, the former Real Housewives of Beverly Hills cast member suggested Jax and Brittany’s December 2020 exits were no surprise before revealing what happened after she reached out to Stassi Schroeder following her own dismissal from the series.

“Was I surprised what they decided? Well, if you put it like that, yeah. I would have been really surprised,” Lisa told Us Weekly on Monday, March 15, appearing to suggest that she would have been surprised if Jax and Brittany decided to leave on their own terms.

“Who makes the rules? It’s not me. … Bravo, they produce the show. Even though I’m an executive producer on it, you know, they make most of the decisions,” she continued.

While Jax denied that he and Brittany were fired from Pump Rules shortly after their exit statements were shared, his wife fueled rumors of their axing when she seemingly confirmed that they were not allowed to share the news of their exits with their own words.

“Do you guys really truly think we got to write whatever we wanted?” she asked fans after several Instagram users pointed out that their exit statements were nearly identical.

Still, Jax insisted that when it came to their December 2020 exit, he and Brittany decided to leave the show on their own terms because they wanted to focus on growing their family.

As for Stassi, Lisa confirmed she has not heard from the former SUR Restaurant waitress in the months since Bravo officially fired her and three others, including Kristen Doute, Max Boyens, and Brett Caprioni, for past racism in June 2020.

“I haven’t spoken to her. I did reach out to her a couple of times, but she never responded after she was let go,” Lisa shared. “And that’s her choice, you know. That’s OK.”

Overserved With Lisa Vanderpump premieres Thursday, March 18, at 9/8c on the E! Network.