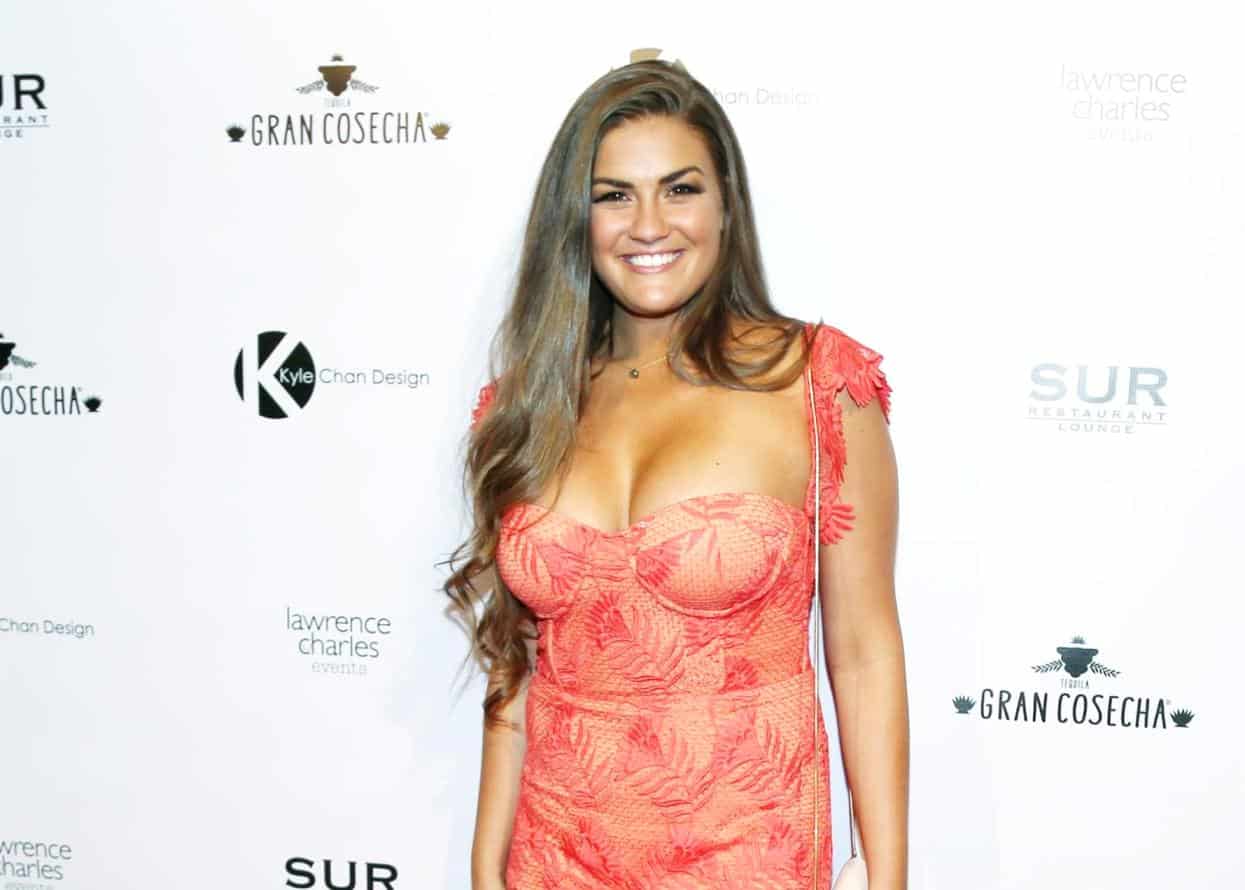 Brittany Cartwright celebrated her baby shower with the Vanderpump Rules cast and other friends over the weekend at the $1.9 million home of Katie Maloney and Tom Schwartz.

Days after she and her husband Jax Taylor debuted their son’s super-organized nursery, Brittany was thrown a Tiffany-themed shower with blue farm vibes by Katie, Kristen Doute, Stassi Schroeder, and her longtime friend, Cara Marie Tabor.

“Such a fun day and I am sooo grateful,” Brittany wrote in the caption of an Instagram Story photo of her special day, adding that her guests were required to present negative COVID-19 tests within 24 hours of the party.

In another caption, Brittany praised her baby shower hosts for decorating Katie and Tom’s home with “beautiful details.” 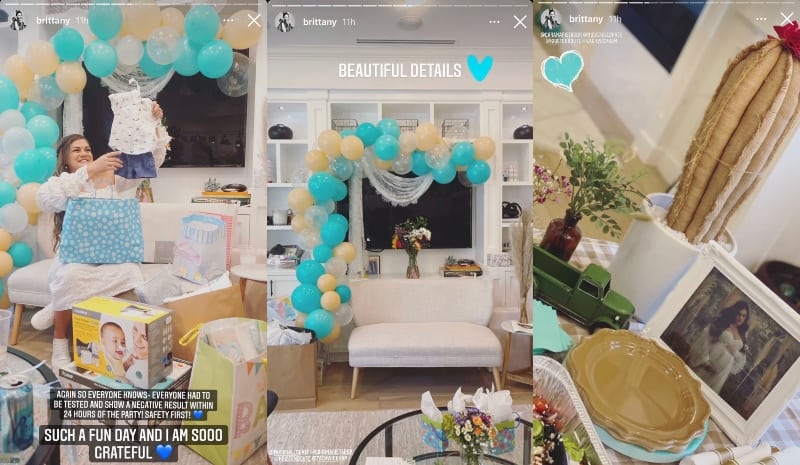 In another series of images shared to her Instagram Stories, Brittany, who confirmed her exit from Pump Rules in December, showed off a number of adorable treats, including a “Baby Cauchi Bottle Lollipop” and a “Chick Magnet” cake.

“I loved this cake. Thank you so much [Cara], [Kristen], [Katie], and [Stassi] for making this day so special for me! Love you!” Brittany said in the caption of a photo of an assortment of desserts. 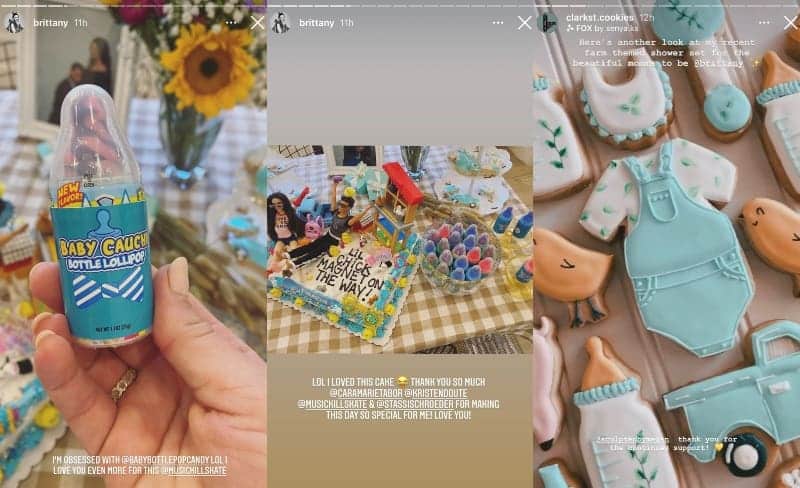 Other photos taken during Brittany’s baby shower confirmed that a number of other Pump Rules cast members were in attendance, including Scheana Shay, Ariana Madix, and Lala Kent.

“This was a fun baby shower game,” Scheana captioned a video of herself holding something in between her knees and attempting to drop it into a cup on the floor. 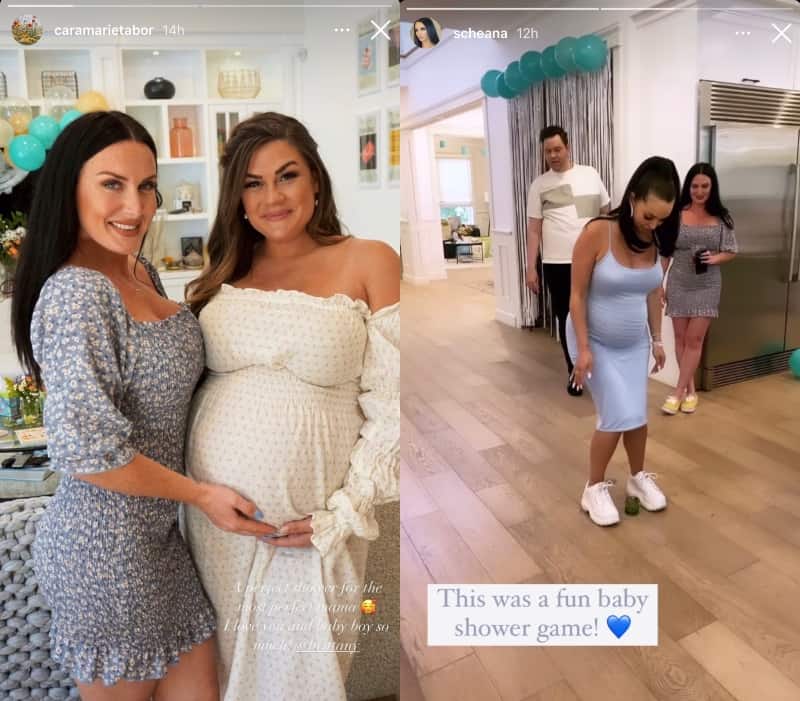 Brittany’s baby shower came just one week after she and Jax, along with the also-pregnant Lala, traveled to the Rosewood Miramar Hotel in Santa Barbara, California, for a babymoon.

Brittany and Lala are both due to give birth to their first children, a boy and a girl, respectively, next month, as is Scheana, who is also expecting a baby girl.

Ariana and her boyfriend Tom Sandoval recently confirmed that while Bravo has not yet officially renewed Vanderpump Rules for a ninth season, they are expecting to begin filming on the new episodes soon.