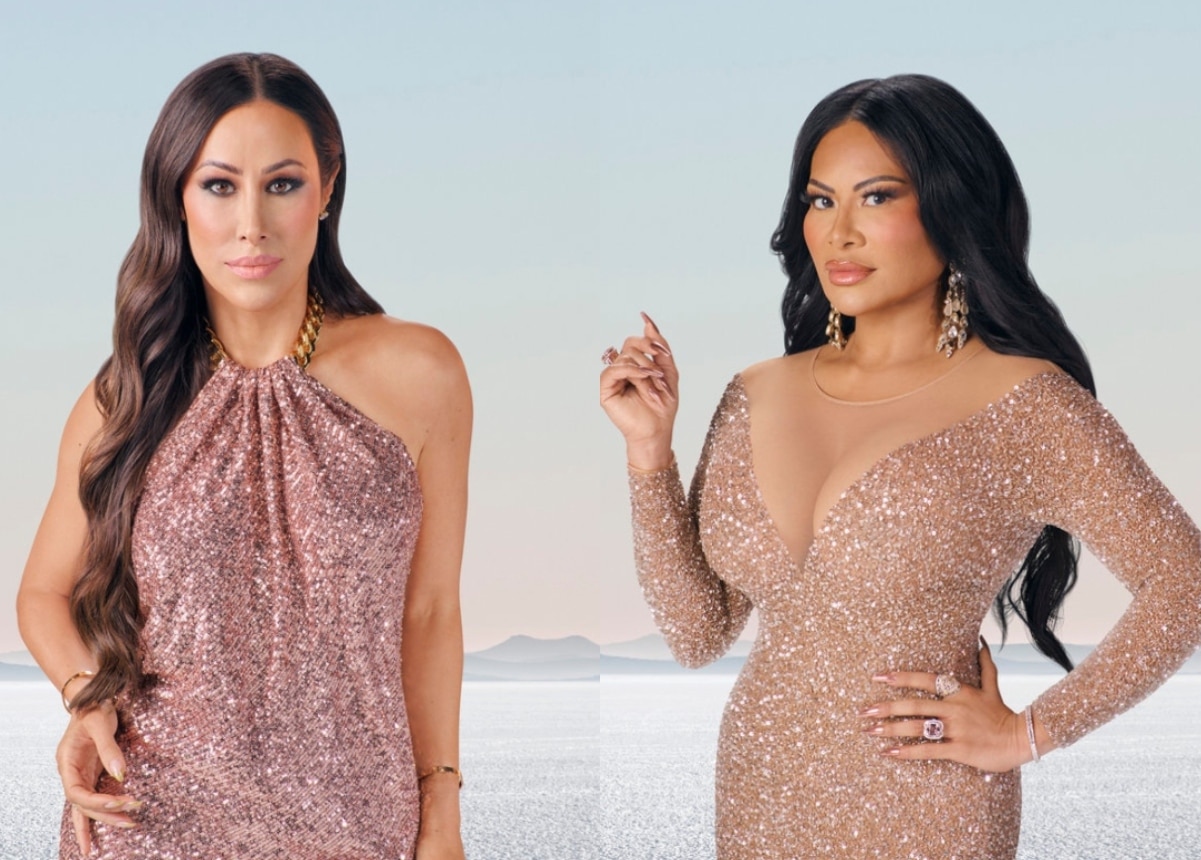 Angie Katsanevas shared a statement with her fans and followers on Instagram on Tuesday night after being seen posing for a photo with a man wearing a “White Lives Matter” T-shirt.

As fans reacted with outrage at the offensive garb, which poked fun at the “Black Lives Matter” movement, and even called for the cancellation of The Real Housewives of Salt Lake City, the series “friend” insisted she was unaware of the slogan as her former friend and castmate, Jen Shah, called her out.

“I had no knowledge of the message on the back of the shirt worn by the man I posed for a photo with,” Angie wrote on her Instagram Story on January 24. “The original photo was taken from the front. I do not stand by or support this message. Had I known the disturbing message was on his back, I would have never agreed to take a photo with him. I reject racism in all forms. I have and always will stand for diversity and inclusion.” 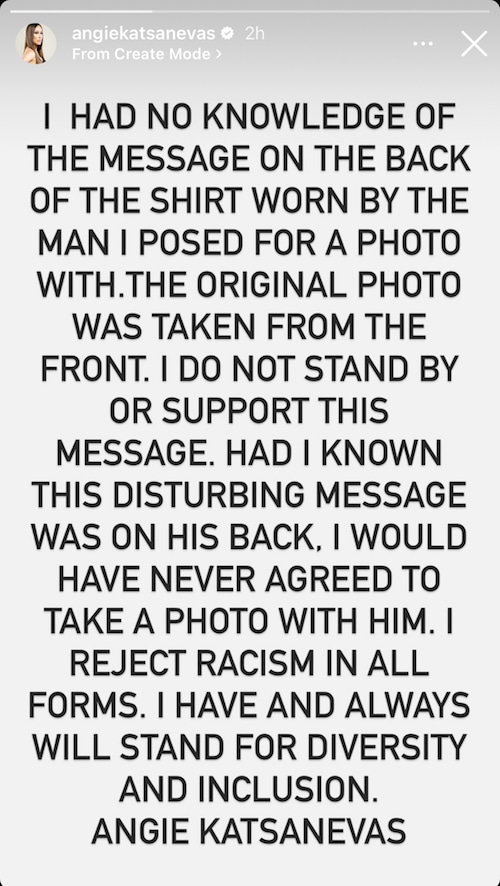 Angie’s statement came hours after she was caught taking a pic with the man.

“Angie K. is really out here parading her ‘White Lives Matter’ friends with NO shame… GET HER OFF MY SHOW!” read a tweet shared by a Real Housewives fan page.

Immediately after Angie’s statement was made, Jen shared her own message on her Instagram Story, promoting the “Black Lives Matter” movement, which takes a stand against racism and police brutality. 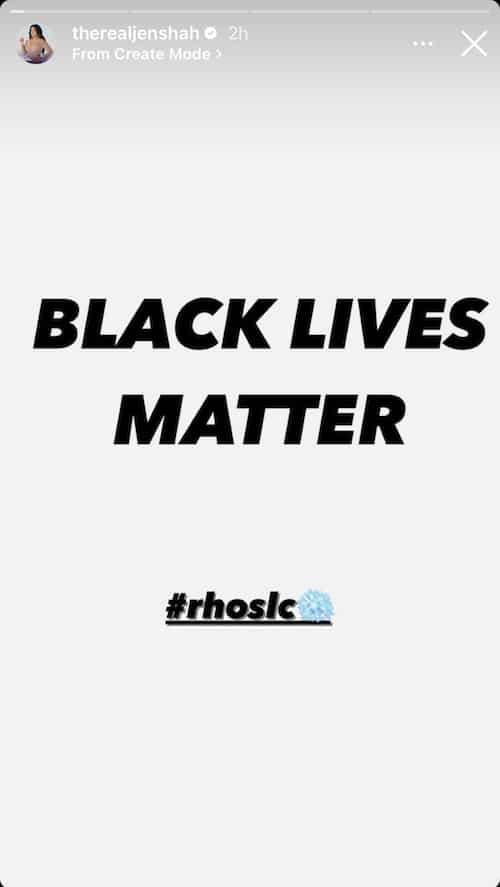 At that point, a fan page called Reality Witch took notice of Jen’s statement against Angie.

“[Angie Katsanevas] explains herself with this great story. And I kid you not, Jen’s story was right after hers,” they shared.

And after the page also stated that Jen “continues to weaponize racism,” Angie reposted the message. 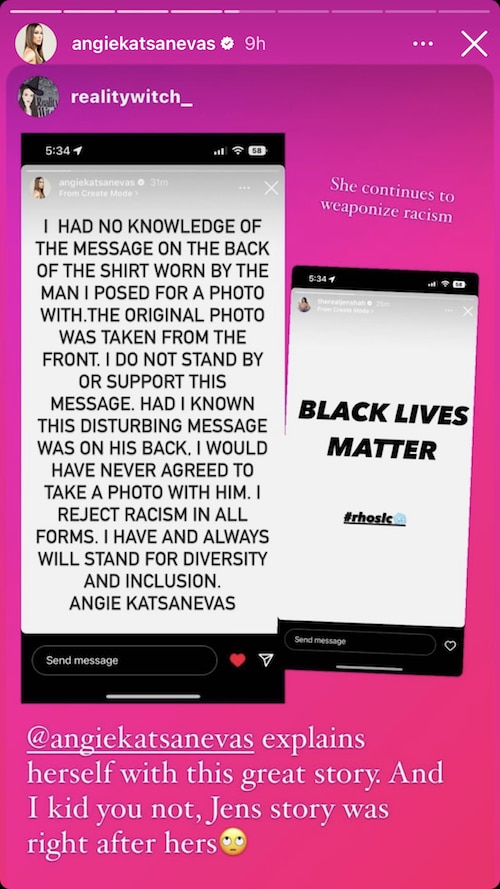 But Jen continued to fight back, adding an additional message on her Instagram Story that seemed to call for Bravo to fire Angie from RHOSLC.

“The girl’s colors are showing. How you gone act [Bravo]?” the post read. 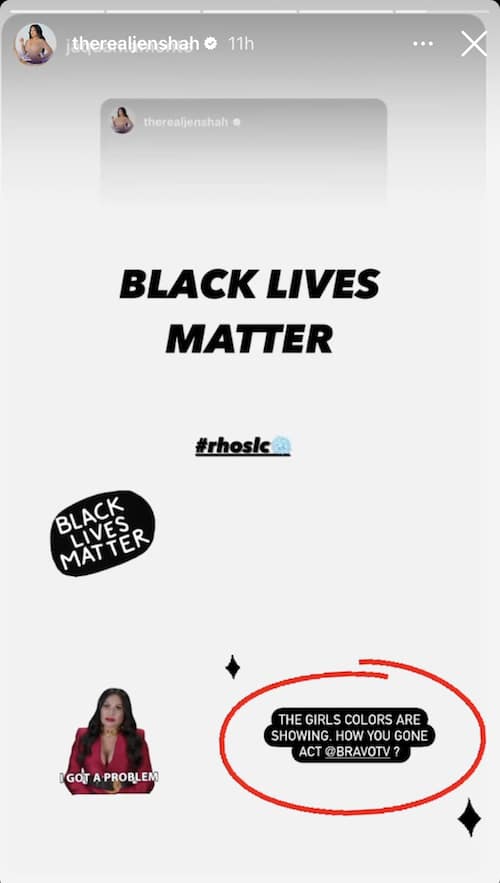