Lisa Barlow Discusses Most Surprising Part of RHOSLC Reunion, Best and Worst Parts of Show, and Appearing on RHUGT, Plus Family Trash-Talking, and Live Viewing Thread 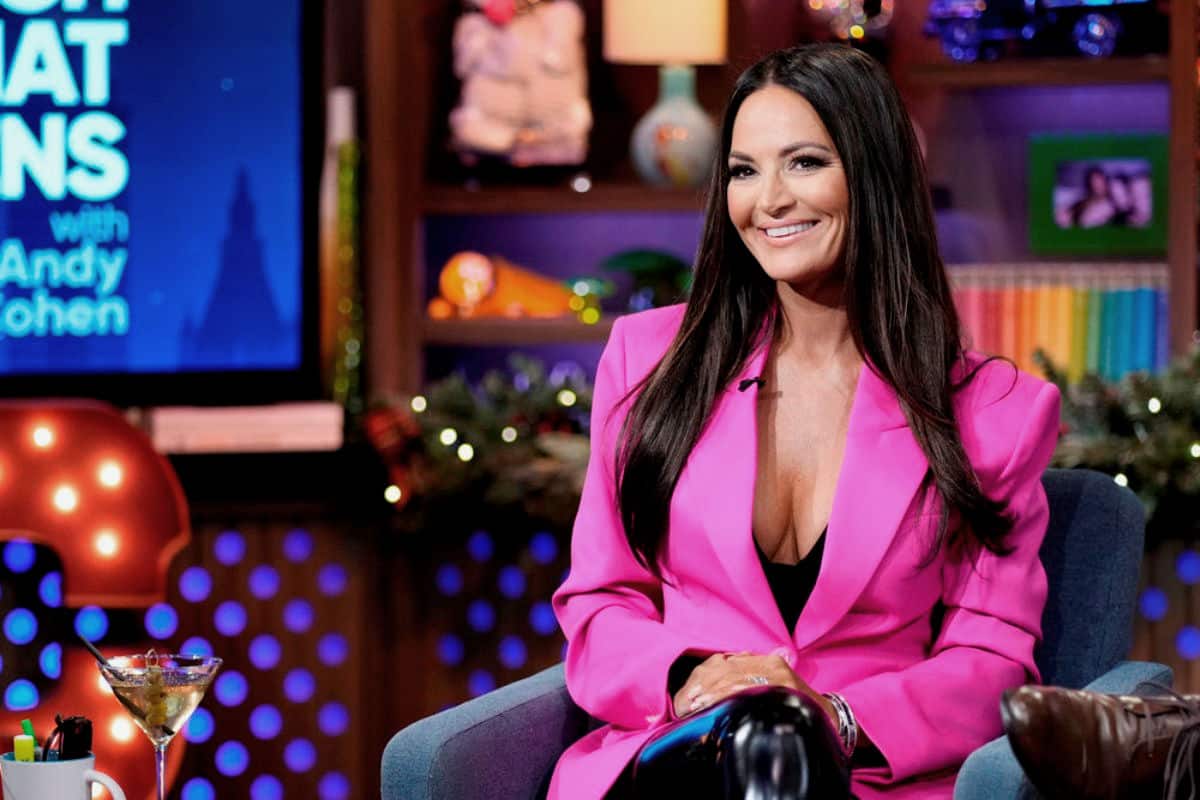 Lisa Barlow hosted an Ask Me a Question session with her fans and followers on Monday night. And during the chat, she addressed a number of questions about The Real Housewives of Salt Lake City.

Before revealing the most surprising thing about the recently-taped RHOSLC reunion, sharing her thoughts on a potential role on Real Housewives: Ultimate Girls Trip, and explaining how she keeps her cool amid moments when her family is trash-talked, Lisa responded to a fan who wanted to know about the “best and worst parts of being on RHOSLC.”

“Trying new things, learning more about myself,” Lisa replied of the best parts of the show.

“The hardest part is my personal space. [John Barlow] and I protect our space and you can’t do that when on a show like this,” she continued. 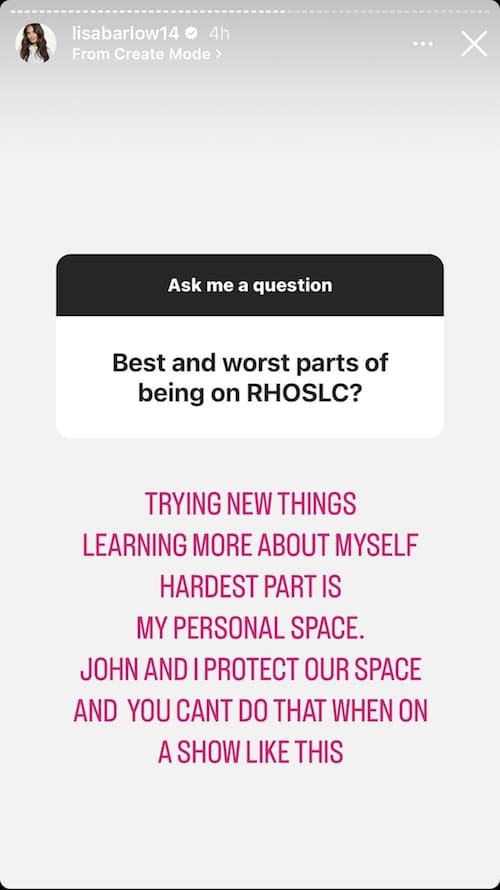 “Who and what will surprise us the most at the reunion?” another fan wondered.

“We had sofa surfers who really did/brought nothing to the reunion and the pandering was at max levels. It’s funny how one can think they can rewrite history when it’s all documented,” Lisa replied, not naming which of her RHOSLC co-stars she was referring to. 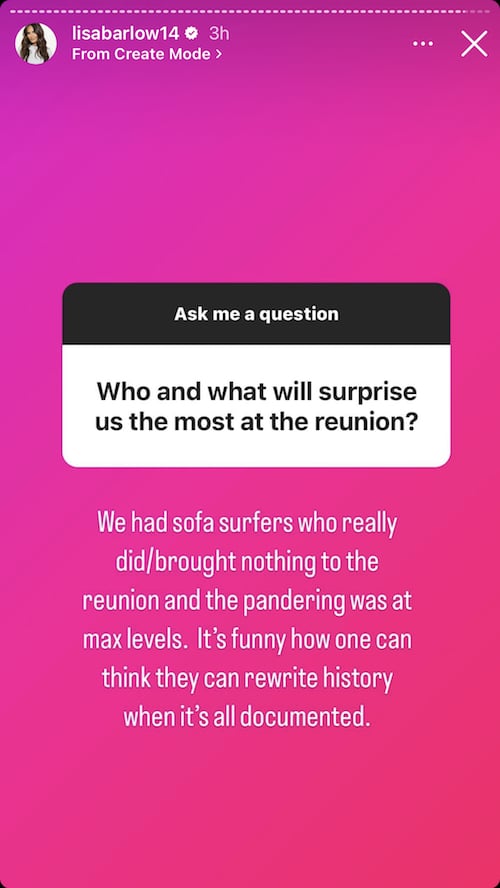 Another person wanted to know if Lisa would ever do a spinoff like RHUGT or appear on Below Deck.

“I would love a spin,” Lisa admitted. “I love what we do and what we are building. Would be fun to share that and I love yachting. I think more without cameras.” 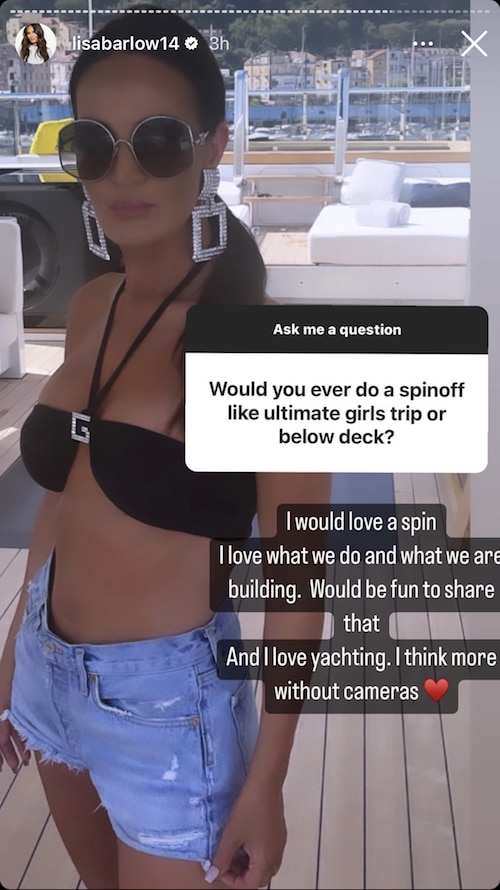 Also amid her Instagram Story Q&A, Lisa reacted to a fan who wanted to know how she stayed “so calm when people were speaking so poorly of [her] family” amid season three and applauded her as “classy” for keeping her cool.

“Because I consider the source and I know who we are,” Lisa declared. “[John Barlow] is amazing and very grounded also… innate self confidence.” 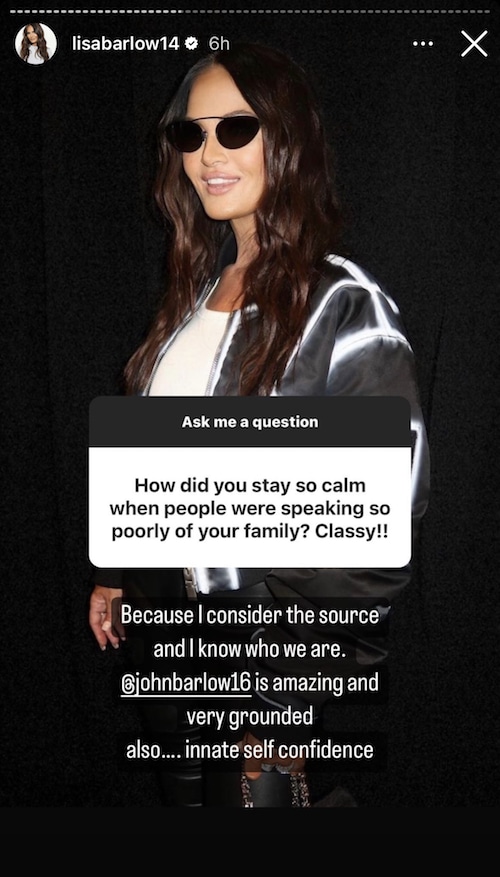