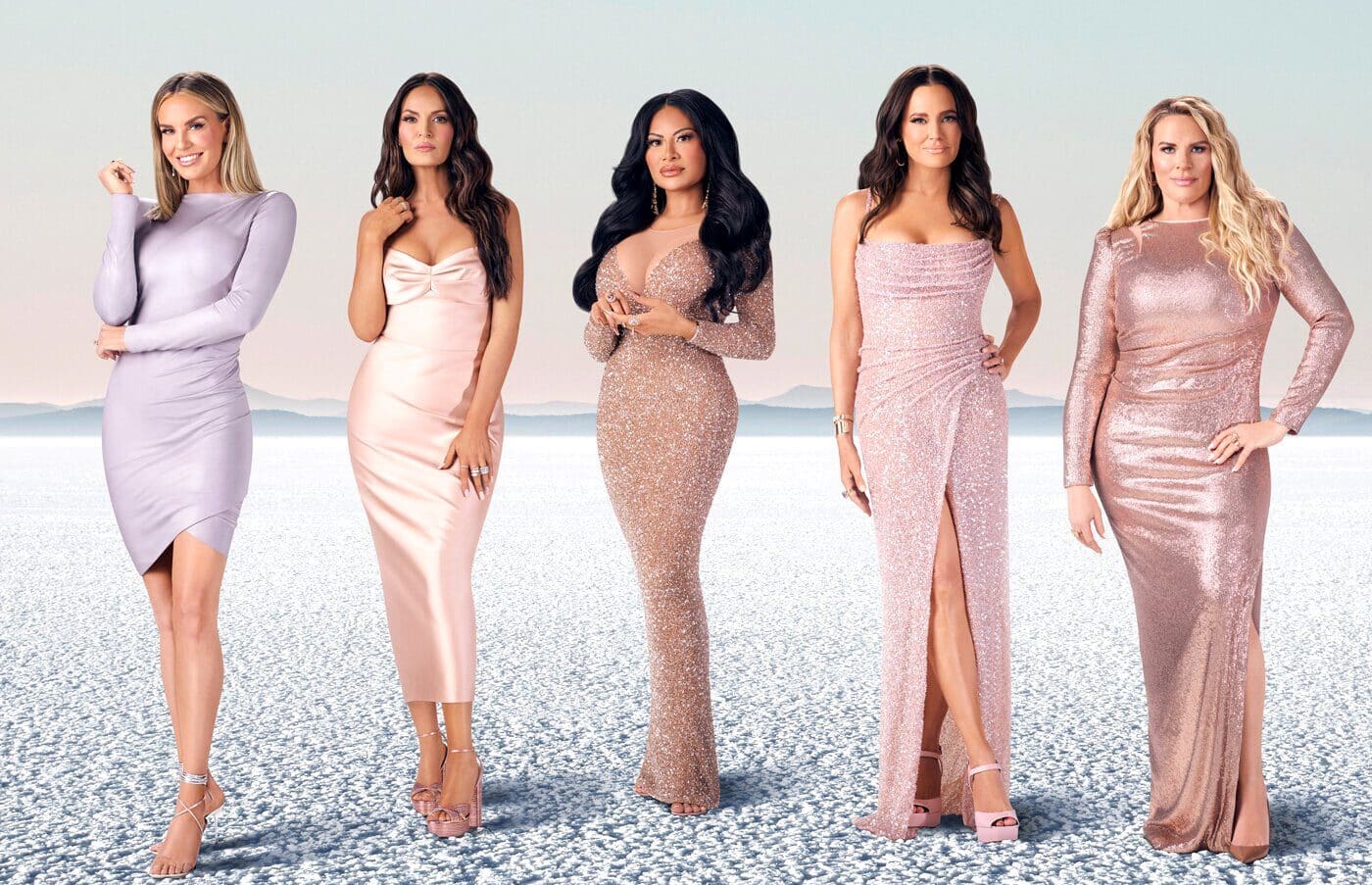 The Real Housewives of Salt Lake City are headed to San Diego for a cast trip in the midseason trailer. And as expected, all hell breaks loose as the ladies attempt to enjoy a drama-free getaway.

In a just-released teaser for the remaining episodes of season three, a number of feuds break out among the women, including a drink-dumping spat between Jen Shah and Angie Katsanevas, a screaming match between Heather Gay and Whitney Rose, and some exchanging of jabs between Lisa Barlow and Meredith Marks.

While the trailer, of course, starts out on a fun note, with the ladies showcasing their fun sides, it quickly travels to a meeting between Jen and Angie, the latter of whom dumps a glass of clear liquid on her castmate’s head.

“Are you serious, Jen?” Angie asks.

“I am serious,” Jen replies.

Elsewhere, Meredith reveals to Heather that she’s received a random DM regarding an SEC filing, allegedly against one of Lisa’s businesses.

“Was does that mean about Lisa’s company?” Heather wonders.

Not surprisingly, Lisa isn’t happy once she gets word of Meredith’s talking behind her back, asking Whitney during a day at the beach, “Why the f-ck is she talking about my business with you?”

“This is no one’s fucking business,” Lisa proclaims.

Danna Bui-Negrete, a new “friend” of season three, also gets in on the action, bringing up Jen’s ongoing legal drama by noting that someone she previously worked with was now working as an informant against her.

“What you’re talking about is my life. Check your source!” Jen yells upon hearing of her co-star’s claim.

Also in the remaining episodes of RHOSLC season three, Heather’s feud with Whitney continues during a dinner with their castmates.

“The floor is yours,” Heather tells her cousin.

“Then speak and say what you want to say,” Heather argues.

But Whitney tells her, “I have!”

Angie then calls out Heather for talking “bullsh-t,” and Jen shades her for failing to be a true friend.

“You’re supposed to be my ride or die and guess what? That’s not ride or die f-cking characteristics,” Jen tells Heather through tears.

As the trailer comes to an end, Heather is seen going back to her hotel room when the handle suddenly starts moving. Then, the next day, as she meets with Meredith, she removes her sunglasses to expose a black and swollen eye.